Our Father on Netflix review: A harrowing tale of evil and injustice

Our Father is the story of a doctor, Donald Cline, who lied to couples battling with infertility; and violated dozens of women by inseminating them with his own sperm, without their knowledge or consent.

Imagine waking up one day and realising that the person you have been calling your father is not your real father. 94 people in the USA's Indiana state almost had an identity crisis when they got to know that a fertility doctor named Dr Donald Cline was their biological father.

Our Father, a 1-hour-37-minute-long Netflix documentary by Lucie Jourdan, is based on the true and harrowing story of how a fertility specialist during the 1970s and 80s inseminated dozens of patients with his own sperm, without their knowledge or consent.

The documentary in most parts is like an investigation by 'Cline’s children' looking for their half-siblings and trying ways to prosecute the doctor in a state where there is no law for this kind of crime.

The documentary features interviews with the parents and their children, others who have known Dr Cline, and reenactments of situations.

What the film was not able to show was why the doctor did what he did. Conversations with his coworkers and friends and the victims are the only insight we get about him. This is also because he didn't agree to work with the creators of the documentary.

The film gives some hints on why Cline might have done something like this. Like, in one of the scenes it was shown that maybe this was an attempt by Cline to make amends for a road accident where a little girl was killed by him. The documentary also shows his links with Christian cult called QuiverFull, which sees large families as a blessing from God, but it never establishes if he was really a part of the group. One of Cline's children in the film says that maybe he was trying to raise an Aryan clan where his white children with blonde hair and blue eyes will grow up and hold powerful positions and jobs in the country.

Our Father focuses more on the people who were the victims of the doctor rather than trying to explain a man's twisted mind or a more sinister plot which we don't know of.

A top fertility doctor had a sickening secret: he was using his own sperm. Decades later, his “children” came together to pursue justice — this is how they broke the news to their fourteenth (!) sibling. Our Father is now on Netflix. pic.twitter.com/THtHW2W7O3

The real star of the story is a woman named Jacoba Ballard, whose DNA test led to all the shocking revelations. Jacoba, who grew up suspecting she was adopted because she was a blonde-haired and blue-eyed child in a family of brunettes, was told when she was 10 that her mother had used donor sperm to conceive her. But later in life, when she took a DNA test, she found out that she had seven half-siblings. From there on, all hell broke loose and she kept getting notifications on a genealogy website about new half-siblings whenever one of Cline's children took a DNA test. "I know I’m going to call them and I’m going to ruin their life,” Jacoba says in the documentary when she sees a new connection on her profile. Another of Cline's children, Lisa Shepherd-Stidham, in the film says that every time a new name appears in the database as 'close family' she hopes that it is not someone she knows or someone she has dated.

The most striking thing about the documentary will most certainly be the fact that despite doing all these horrible things and even pleading guilty to obstruction of justice, Cline served no jail time. He got fined just USD 500 (Rs 38,904).

Not only did he use his sperm without consent on 90-plus women, he took one of his daughters as his patient and conducted gynaecological examinations on her, without her knowing that he was her biological father. 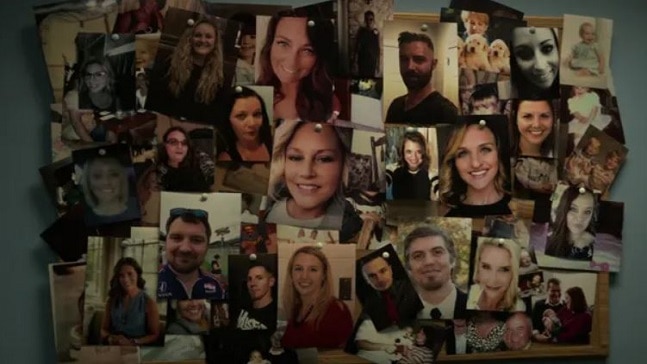 Our Father is a shocking story which shows how the loopholes in the US justice system helped a man violate scores of women and go unpunished.

The release of this documentray comes at a time when there is a huge debate going on in the US over women's reproductive rights after a leaked document showed that the Supereme Court might be planning to amend the abortion laws in the country.