Award-winning actress Parvathy has been subjected to vicious trolling by Mammooty fans over the past few days. Her crime? The young actor voiced her disappointment over the misogynistic dialogues in Kasaba, a Mammootty film that had already drawn criticism from critics for its dialogues that insult women.

While the megastar has been conspicuous by his silence on the matter, his fans have been running amok on social media and issuing death and rape threats to Parvathy. After trying in vain to calm tempers by offering a clarification that she didn't mean to insult the "actor par excellence", Parvathy went ahead and made a complaint to the cyber cell of Kerala Police on Christmas. A few of those who made the threats have now been arrested but this can't pull down the curtains on the problem because this is not an isolated incident. 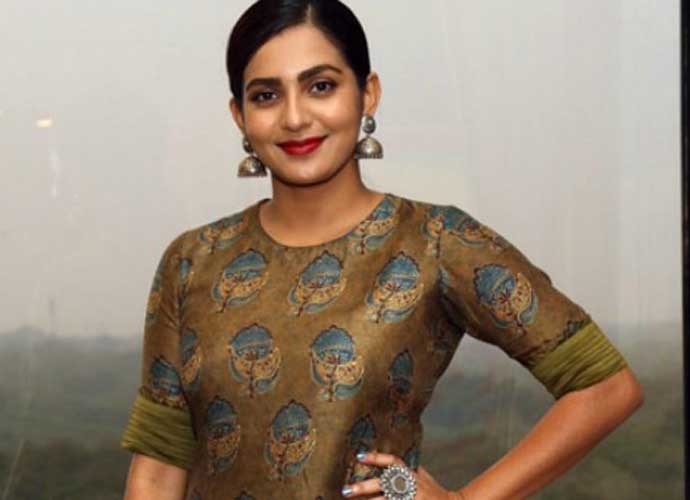 Just a couple of months ago, the Kerala movie industry was split down the middle when a popular Malayalam actress was kidnapped and molested by a gang of six men, who reportedly also took pictures to blackmail her and it came to light that the whole episode was part of a plan hatched by actor Dileep. The episode created a wedge between actors from the old and new generations. What makes matters worse is the fact that most actors from the newer generation are averse to voicing their opinion freely fearing a backlash.

Anna Rajan, who shot to fame on the back of her debut film Angamaly Diaries, was recently subjected to savage trolling by Mammootty fans for an innocuous comment. When Anna was asked during a TV interview whether she would want to act opposite Mammootty or his son and emerging star Dulquer Salmaan, Anna said she would want to be paired with Dulquer while Mammootty could play his father. All hell broke loose as Mammootty fans couldn't accept an actress young enough to be his granddaughter making such a comment about their "Ikka" (elder brother). To ease the situation, a teary-eyed Anna later thanked Mammootty for calling her up and stepping in to save her from the wrath of his fans.

Mammootty fans have of late been mostly preoccupied with raving about the youthfulness of their star rather than bother about the quality of the films of the megastar, who has become a pale shadow of his former self on the big screen.

Sixty-seven-year-old Mammootty is quite conscious of his age and goes to any extent to try and roll-back the years in a bid to match the younger heroes. Since the brisk walk and imposed swagger can only cover so much, it looks both artificial and laboured. This makes Mammootty end up cutting a sorry figure.

Unlike the Amitabh Bachchans of Bollywood, who have chosen to age gracefully by picking meaty character roles after a certain age, many of their southern counterparts continue to play the "hero" well into their sixties and Mammootty seems hell-bent on pushing the limit even further into the seventies. While Mammootty did not shy away from playing older characters and father of college going girls in the eighties and nineties, the same actor now insists on playing more youthful characters.

In a particularly cringeworthy and disgusting scene in Kasaba, Mammootty, playing Rajan Zackariah, an IPS officer, pulls a senior lady officer by the buckle of her belt towards him and says he could "f**k" her enough to make it difficult for her to walk for a week. The scene was written and directed by Nithin Renji Panicker, son of Renji Panicker, who also wrote multiple misogynistic dialogues and characters for Mammootty and Suresh Gopi during his prime. It's alarming that second generation screenwriters are not only reinforcing the stereotypes and misogyny championed by the earlier generation but are also creating more regressive ones.

In a wildly popular scene from Ranji Panicker's The King (1995), Thevalliparambil Joseph Alex, the IAS officer played by Mammootty, ends his tirade against a young IAS trainee played by Vani Vishwanath with - "you are just a woman". Mammootty has played such foul-mouthed characters even in Aavanazhi (1986) and a host of other films in the 1980s. So has Mohanlal after his change of image at the turn of the millennium, when he chose a succession of macho characters following the success of Narasimham (2000).

There is a scene in the movie where Lal is supposedly proposing a woman with a blatantly chauvinistic dialogue. Lal says he wants a woman whom he can kick around after returning home sozzled and who would deliver his babies and wail when he dies. Mind you, these are superstars who can profoundly influence the psyche of the average film-going youth. When they glorify such misogynist scenes in their movies passing it off as heroism, it can have disastrous consequences.

In Dileep's Meesha Madhavan (2002), a comic scene has him mumbling to himself if he should just rape the heroine as she lay sleeping. Dileep delivered such anti-women and distasteful dialogues in practically every film, albeit in the guise of humour. Actors like Prithviraj, who have chosen to assert themselves more and take progressive positions on such issues of late, have also not been immune. In Chocolate (2007), he warns the heroine to behave herself if she didn't want to risk getting pregnant. If cinema is to be judged as a reflection of the Kerala society at large, patriarchy has taken deep roots in the state within a short span of time. It is ironical since the state was predominantly a matrilineal society till the 1930s. The age of patriarchy was ushered in when the Travancore legislative council passed a bill terminating matriliny and maharani (regent) Sethu Lakshmi Bayi signed the historic Nair Regulation Act of 1925. A similar legislation was also passed for the Ezhava community, sections of which were matrilineal. The government of Madras replicated it in Malabar in 1933. It took another five years for Cochin to issue corresponding orders.

How did the state transform from being a society dominated by women to one which is so patriarchal? How did patriarchy take deep roots in a society that had traditionally allowed women the agency (a word that has been lately misused a lot) an absolute right over their bodies? The answer to this question is complicated. But it is time people introspected on how they allowed a traditionally progressive state to adopt Victorian morality in the latter half of the 20th century and allowed things to come to such a pass.

Coming back to the issue, Mammootty has to speak up now. By remaining silent for over a fortnight now, he is actively encouraging his delinquent fans to go on rampage. Don't expect Parvathy to apologise, she said nothing wrong.