'Forrest Gump' fascinates filmmakers and fans alike. But there could be other strong possibilities as to why Aamir chose to act in this particular film after the dismal 'Thugs of Hindostan'

When asked why he wanted to scale Mt Everest, George Mallory famously quipped — Because it’s there.

Some films attain an Everest-like fascination for actors and filmmakers and there comes a time when the call is too strong to not heed. The recent announcement of Aamir Khan front-lining and producing the official remake of Robert Zemeckis’ classic Forrest Gump (1994) as Lal Singh Chadha is one such instance.

Forrest Gumps is to be remade because it's there. Simple. (Collage: DailyO)

For what it's worth, Khan, for long, has been seen as the Indian Tom Hanks — and Forrest Gump is a film right up to the actor’s alley, where he can play an ‘ordinary’ man in a series of ’extraordinary’ situations. There is hardly any doubt about Aamir Khan being the ideal choice to reprise Forrest Gump in Hindi — but there might be more to Lal Singh Chaddha than just being a desi Forrest Gump.

Bollywood has had a long-standing fascination with Forrest Gump.

Back in the 1990s, when the film first released, there was talk of Anil Kapoor playing the lead in the Hindi remake with Kundan Shah supposedly directing the film. The film ran into production troubles and in an interview later in 1998, Shah reportedly hinted at his status vis-à-vis Anil Kapoor's as a possible reason for the delay. Shah was quoted as saying, “The stars are an indicator of a film. They are important in the sense that they take the cream of the money and the credit. And this won’t change unless the director doesn’t become the star of a film.”

There is a huge difference between the previously planned remakes and Khan’s version that would be directed by Advait Chandan (Secret Superstar).

This is an official remake, unlike Kundan Shah’s, proposed in an era where Bollywood famously ’remade’ Hollywood productions by simply watching the film ad nauseam on VHS or DVD. In any case, Shah’s version with Kapoor never got made and later, there was some talk about Kapoor being replaced with Shah Rukh Khan, but nothing came of that as well. 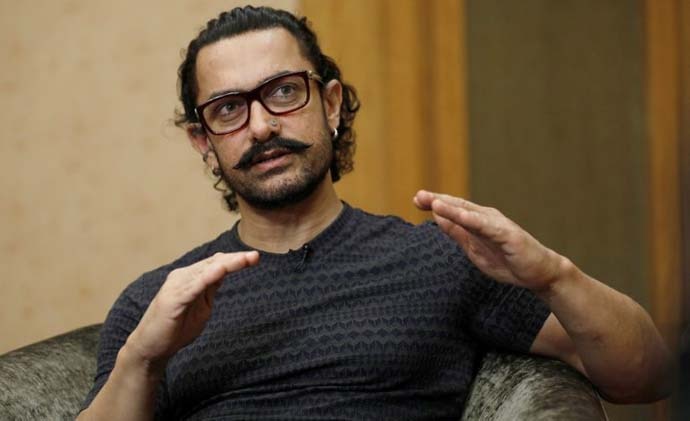 Is Aamir Khan a little daunted by the failure of Thugs of Hindostan? (Photo: India Today)

A few years ago, Khan playing a slow-witted but kind-hearted man from the back of beyond who witnesses and, unwittingly, influences several defining historical events that take place in his country would have appeared as if he were venturing into newer terrain.

Since Sarfarosh (1999), Khan has tried to make his characters larger than life — without being over the top.

In this context, the screenplay relies on placing his character — mostly a simple everyman — in some incredible situation, such as in Lagaan (2001) or Rang De Basanti (2006) wherein he took on the might of the British Empire in the former and the corrupt Indian political system in the latter. Even in films where the focus might not be on social issues, Khan’s character faces remarkable challenges — Fanna (2005), Tare Zameen Par (2007), 3 Idiots (2009), PK (2014) and Dangal (2016). These might be varied characters, but they all have the more than visible Deus Ex Machina-like quality where the common man will do something uncommon.

While it would be incorrect to single out Khan as most of the protagonists in popular Hindi films tend to follow the same pattern, in Khan’s case, there is also a kind of ‘social responsibility’ attached to his onscreen persona. There is almost an overarching need within the screenplay to make it appear as a David versus Goliath kind of fight every time you see Aamir Khan on the screen.

Perhaps this was the reason why Khan might have chosen to do a film such as Thugs of Hindostan — a typical Hindi masala film with a thrust on comedy, a genre that Khan excels at, but has not indulged in of late. The manner in which Thugs of Hindostan was received by the audience seems to be a big factor in the actor’s decision to foray into the Forrest Gump remake instead of the other projects that were being discussed.

Khan apparently walked out of a Rakesh Sharma biopic, Sare Jahan Se Achcha, before the release of Thugs of Hindostan and was rumoured to concentrate on his magnum opus — a series on the Mahabharata, where he's said to play the role of Lord Krishna.

Could the lacklustre response to Thugs of Hindostan be the reason why Aamir Khan finally preferred a remake of Forrest Gump to an ‘original’ biopic of Rakesh Sharma?

Incidentally, Shah Rukh Khan, who stepped into Aamir’s shoes to play Squadron Leader Rakesh Sharma, also seems to have left the project post-Zero, which, like Thugs of Hindostan, failed to click with the audience. 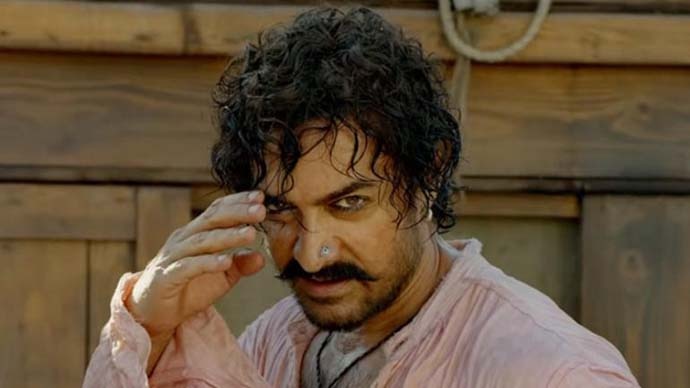 Is he waving goodbye to those typical hero-giri roles, to work on something special? (Photo: Twitter)

Unlike a film on the life of the first Indian to venture into space, Rakesh Sharma, Lal Singh Chadha gives Khan much more to experiment with in terms of looks and character. It also gives him more of the template that has been good to him than that of the Rakesh Sharma biopic. Although one doesn’t know how much of the original would be retained — Hanks was 38 when he played the character, while Khan plans to attempt the same at 54.

Interestingly enough, Khan is also at a point in his life where for a few years, he might have to withstand the vagaries of age and time in the life of a leading man in commercial Hindi films, where one is too jaded to do the same thing and not all gung-ho to shift into so-called character roles.

The manner in which leading men in Hindi films operate, there comes a period where the bigger the star, the tougher the transition period becomes. We have seen the same with Amitabh Bachchan. Ironically, of the current crop of top stars (Shah Rukh Khan, Akshay Kumar, Ajay Devgn, and Salman Khan) it was Aamir Khan, who seemed to be the best placed to avoid the pitfalls that the likes of Dilip Kumar, Rajesh Khanna, Vinod Khanna, Dharmendra, Amitabh Bachchan and Rishi Kapoor faced.

Will Forrest Gump's remake be the vehicle that will help pave the way forward for Aamir? We don't know yet but this much is for sure — he's sure going to be running.

Post your comment
#Tom hanks, #Bollywood, #Forrest gump, #Aamir Khan
The views and opinions expressed in this article are those of the authors and do not necessarily reflect the official policy or position of DailyO.in or the India Today Group. The writers are solely responsible for any claims arising out of the contents of this article.