The novel holds lessons that are important for our time.

George Orwell’s Nineteen Eighty-Four seems to be the book of the moment, with article after article reminding us of the way it vividly imagined life under a monomaniacal regime. Certainly, there’s an uneasy familiarity in reading about doublespeak, thought crimes and the ever-watchful eye of the "big brother". However, it’s Albert Camus’ The Plague, published a year before Orwell’s novel, that holds lessons that are at least as important for our time.

While Nineteen Eighty-Four warns of the dangers of totalitarianism by focusing on the tactics that states use to enforce submission, The Plague strikes closer home in reaching within each individual to portray a variety of responses to the threat of contamination. Which way would you walk, the novel seems to ask, if you were in the same shoes?

The novel has widely been regarded as an allegory for French resistance to Nazi occupation during World War II. (Interesting that Orwell himself turned to an allegorical mode in Animal Farm, when writing of life under Stalinism.) Closer home, the writing duo of Kalpish Ratna smartly used the device of a plague in both literal and metaphorical terms. Their 2010 novel, The Quarantine Papers, featured an actual 1897 epidemic in Mumbai, contrasting it with life in the city in the aftermath of the Babri Masjid demolition.

Camus’ La Peste – to use the original French title – is set in the nondescript town of Oran, which was then a French port on the Algerian coast.  It’s a place where, as the narrator has it: “Our citizens work hard, but solely with the object of getting rich. Their chief interest is in commerce, and their chief aim in life is, as they call it, ‘doing business.’ ”  This gives the place a character that’s somnolent and all too recognisable. “Treeless, glamour-less, soulless, the town of Oran ends by seeming restful and, after a while, you go complacently to sleep there.” One morning, the narrator comes across a dead rat on his landing, and soon, infected rodents start to die in all over the city, an ominous harbinger of what’s to come. A virulent bacillus begins to spread; many of the city’s residents succumb in droves; the city is cordoned off and becomes a sealed chamber in which reactions are scientifically induced and studied.

It’s characteristic of Camus that the novel doesn’t possess a black-and-white fable-like quality. There is, for a start, realism in the way in which the symptoms and suffering are described, which lifts it up from the unidimensional portrayal that one finds in simple allegorical works.

More important is the way in which he brings out responses to the plague, from those who fight it to those victimised by it to those who rise above it. All of these are embodied in the varying attitudes of the characters: the doctor, journalist, magistrate, priest, profiteer, and more.

The focus, above all, is on individual moral responsibility, and not just on capitulation or opposition. As Tony Judt has written, “It was not ‘fascism’ that Camus was aiming at – an easy target, after all, especially in 1947 – but dogma, conformity, compliance and cowardice in all their intersecting public forms.”

“It feels like a very familiar conversation,” Neil Bartlett, director of a recent theatrical version of the novel, has said. “It's a story about what you draw on inside yourself when you are faced with a situation where the unimaginable and worst thing that could happen happens.” This is why it still resonates. 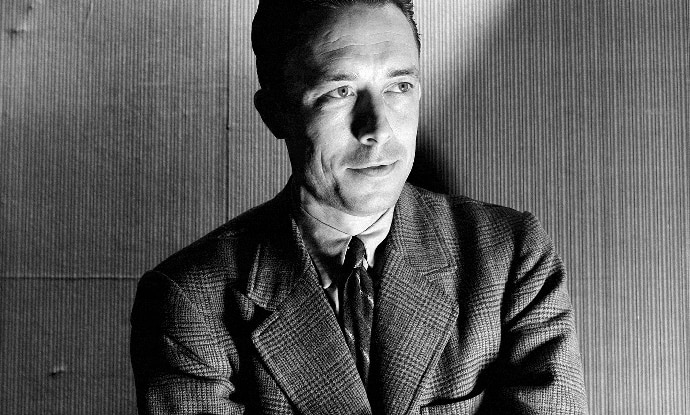 In his play, Bartlett stresses Camus’s words in a novel as a beacon of hope: that “the only means of righting a plague is common decency.” This is no doubt true, if optimistic, but it’s the novel’s closing paragraph that ominously stays on in memory, no doubt because Camus wanted it to.

On the last page, the narrator, Dr Bernard Rieux, at the end of a long, sacrificial and exhausting journey, comes to the conclusion that “the plague bacillus never dies or disappears for good; that it can lie dormant for years and years in furniture and linen-chests; that it bides its time in bedrooms, cellars, trunks, and bookshelves; and that perhaps the day would come when, for the bane and the enlightening of men, it would rouse up its rats again and send them forth to die in a happy city.”

#Nineteen Eighty-Four, #George Orwell, #Novel, #The Plague
The views and opinions expressed in this article are those of the authors and do not necessarily reflect the official policy or position of DailyO.in or the India Today Group. The writers are solely responsible for any claims arising out of the contents of this article.