Goodbye, Columbus: What Philip Roth meant to a sex-obsessed Jew like me

I had never read someone before taking the base urges and making literary magic out of them.

When I turned 17, a high school teacher recommended I read Portnoy's Complaint over the summer. At the time, I didn’t know anything about Philip Roth beyond his name. She told me it would explain to me why men her generation loved non-Jewish women. While I found that explanation of a book odd, she was a valued mentor, so I brought it to summer camp, excited about a recommendation from a beloved teacher. I opened the book that July, and I rapidly devoured it. I had never read someone before taking the base urges and making literary magic out of them. Here was a protagonist who seemed to be just as dirty as me (Okay — maybe a touch dirtier). At the risk of sounding glib, it was a powerful moment of self-identification, a validation of my libido. I remember singing favourite passages from the book in the shower, my bunkmates wondering what exactly I was belting out while bathing. But I was hooked.

For the next 10 years, there was no author I read quite as frequently. At my college graduation, I sat next to my roommate, another sex-obsessed Jew, and we were amazed when, to our surprise, Roth was given an honourary degree. I don’t believe in fate, but it was one hell of a coincidence.

Ironically, although Roth is one of the leading luminaries of the US' remarkable roster of post-war Jewish writers, it was never the Jewishness of the novels that spoke to me. The world he described was far more secular than my own upbringing. But I was deeply moved by his lyrical descriptions of romance and death, Eros and Thanatos. The Irish poet and playwright WB Yeats is said to have quipped, “Sex and death are the only things that can interest a serious mind,” and his depictions of those universal preoccupations deeply resonated with me.

He remains an excellent example that the parochial is the universal, that if someone wants to present overarching universal truths to their audience, this is best achieved by a laser-sharp focus on a tiny detail, and precisely because his work is so strongly centred on post-war New Jersey, it seemed to speak larger truths. While most of the retrospectives about him point to his more popular and critically lauded works – Sabbath’s Theater, American Pastoral and Plot Against America – it is two of his less appreciated works that still occupy a prominent place in my mind. The first is Goodbye, Columbus. A thin novella about a doomed romance between two people divided by class, Neil Krugman and Brenda Patimkin. It is the most conventional of his books in form and tone. It ends with the protagonist, Neil, heartbroken and standing outside of Harvard University’s Lamont Library, looking at his reflection in the doors. Numerous times in my life, I would stand heartbroken outside that same library, in very conscious imitation of that scene, looking at my reflection, finding some solace in my heartbreak by connecting it to a much loved novella.

At the end of the book, when Neil reflects on his relationship, he says, "If she had only been slightly not Brenda... but then would I have loved her?” Several times, I have relationships end that seemed so promising and so full of good, yet still slightly off (a sentiment likely shared by both parties), and each time I come back to that line. I’ve written it in multiple diary entries. It sums up for me the elusiveness of love, the delicate balance of romantic success, how often it can seem so close to ideal and yet so far. 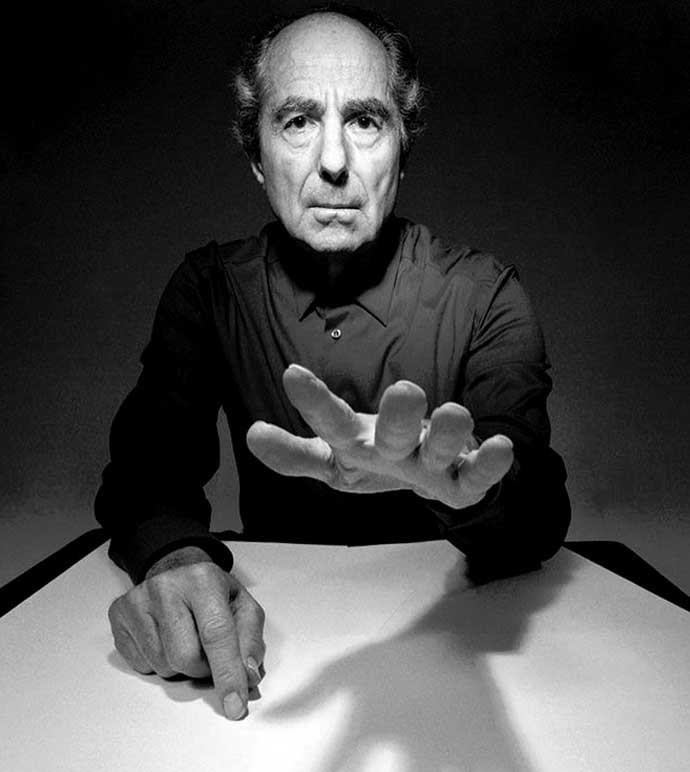 'You see with your own eyes the vast brain of time, a galaxy of fire set by no human hand.' Photo: Instagram

The other passage comes at the end of I Married a Communist, a section that has regained urgency in the last two years. Much of the book’s action is set in the 1950s, and the characters are sharply divided by the Cold War and their feelings on communism. These burning debates end relationships and friendships, and when reading this book in a post-Cold War world, it resonates as particularly tragic that these deep human relationships are ended by an ideological conflict that didn’t even outlive the 20th century.

At the end of the book, the narrator stares up at the night sky, recalling his mother telling him as a young boy that one day, everyone turns into a star, and Roth uses that as a jumping point for reflecting on the tragedy of ideological conflict, how brittle it all seems when viewed against the wide expanse of time and space. The book ends with the lines, “You see the inconceivable: the colossal spectacle of no antagonism. You see with your own eyes the vast brain of time, a galaxy of fire set by no human hand. The stars are indispensable.” It was never the Jewishness of the novels that spoke to me. Photo: Screengrab

While there isn't a cold war, at times my country seems divided into sharp ideological camps, between those who support a white supremacist president and those who don’t, and for the first time in my life, I have found myself considering skipping family events because my relatives support a president who wants to deport some of my close friends. On some level, I think I should be ideologically consistent, and if I find those beliefs truly abhorrent, I should angrily denounce them. And when I have those feelings, I often think of the end of this book, its very humane lesson about valuing relationships over ideology. And so I attend with gritted teeth.

That seems a fitting tribute to Roth, a man whose notorious outlandishness masks such a sensitive, humane approach to the human condition.

The eternal questions and urges will never go away, and for that reason, I think his books will live on for a long while too.

Post your comment
#United States, #Pulitzer, #Literature, #Books
The views and opinions expressed in this article are those of the authors and do not necessarily reflect the official policy or position of DailyO.in or the India Today Group. The writers are solely responsible for any claims arising out of the contents of this article.