Why Bollywood needs to make more thrillers like Andhadhun

Its thrillers have come of age. But, they haven’t been able to emulate the subtlety of the first-rate Hollywood thriller as yet.

Bollywood makes romances, action films, period dramas and comedies. It often makes films that combine romance, action and comedy. From time to time, it also makes mysteries, horror films and thrillers. Sriram Raghavan’s Andhadhun is the latest thriller in town. A layered story with amoral characters like that of a musician who pretends to be visually challenged and a former movie star’s wily and charming second wife, Andhadhun is a gripping film nobody should abandon midway.

Raghavan had walked down this path earlier. In Ek Hasina Thi, the story of a wronged woman who stalks her former lover, he had successfully sustained the tension until the gruesome climax.

Then there is Johnny Gaddar, the story of a ‘gaddar’ among the five characters running a gambling club. Intrigue and deceit come to the fore as the story progresses, leading to many unforgettable moments in Raghavan’s signature style. Badlapur, in which a character seeks revenge for the murder of his wife and child, is another of his films that was loved by the critics and viewers alike.

History shows that Bollywood has produced its share of mysteries and thrillers. In this list are films like Woh Kaun Thi, Ittefaq and Gumnaam, which have acquired a cult following with time.

In recent years, we have seen films like Navdeep Singh’s Manorama Six Feet Under. The story of an engineer and one-novel-old writer who turns into a sleuth, Manorama... is outstanding in its sophistication. Sujoy Ghosh’s.

Kahaani, in which a pregnant woman searches for her missing husband, has one of the most mesmerising last few minutes in the Hindi thriller genre. Reema Kagti’s Talaash: The Answer Lies Within, which has Aamir Khan as a cop who has lost his son and is investigating a mysterious death, is an engrossing psychological thriller for the most part.

Writing a good thriller isn’t easy. The story must have what it takes to keep the viewer interested. The characters under scrutiny cannot be taken at their face value, the plot must twist and turn, and the climax must stump the viewer. Every writer must confront these challenges in order to produce the screenplay of an absorbing film of this genre.

Thrillers and Hollywood have never been far apart. Alfred Hitchcock defined the implications of cinematic excellence with his works, among them Rear Window in which a wheelchair-bound photographer spies on his neighbours across the courtyard. The viewer watches his voyeuristic indulgence as the photographer starts believing that one of his neighbours has murdered his wife. 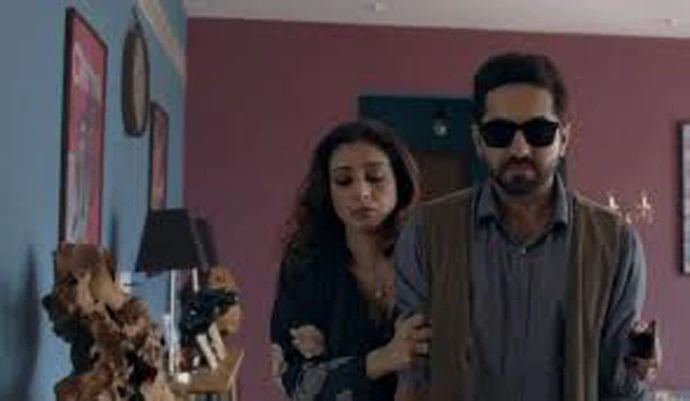 A thriller is driven by imaginative plot points. (Photo: Screengrab)

If Hitchcock made the viewer ‘guilty’ of sharing private views with the photographer, Billy Wilder showed how a scheming wife can connive with an insurance salesman to try and double the value of her husband’s policy in Double Indemnity. An unusual story forms the backbone of a good thriller, and that is why both Rear Window and Double Indemnity are seen as all-time classics.

A thriller is driven by imaginative plot points, which include the climax most often. Remember Bryan Singer’s The Usual Suspects? A character spins a convoluted story about what happened after a crime lord hired him and a few others to attack a ship apparently loaded with cocaine. The climax turns the story on its head, and that is when the viewer realises that he had been taken for a ride all along.

Nothing is as it seems in David Lynch’s complex psychological thriller Mulholland Drive, which has been variously interpreted by film critics and theorists. A story of lives beneath the surface, one of the characters in the film is hopeful and about to be famous. She happens to be the projection of the dream-self of a frustrated and much-rejected person. It is possible that Lynch wants us to believe that life is not a sequence of observable realities, and also that exclusion of dreams from our personal stories is the wrong thing to do.

Even when the stories appear straightforward, a thriller can turn out to be an unforgettable cinematic experience because of that one critical moment in the script. In David Fincher’s Seven, a serial killer goes after people who are guilty of committing one of the seven cardinal sins: gluttony, lust, sloth, greed, pride, envy and wrath. The film’s climax is so a horrifying that the average viewer can have nightmares for days on end.

Post your comment
#Movies, #Cinema, #Hollywood, #Bollywood
The views and opinions expressed in this article are those of the authors and do not necessarily reflect the official policy or position of DailyO.in or the India Today Group. The writers are solely responsible for any claims arising out of the contents of this article.