In the autumn of 1837, Akbar Shah II, the titular emperor of India, was on his deathbed. His original heir, the irascible Jahangir Bakht, had died a few years ago after overdosing on cherry brandy while in exile in Allahabad, paving the way for the ascension of the king's eldest son, Abu Zafar, as crown prince.

Ordinarily, Abu Zafar would have been the first-choice heir, but there was one problem: he possessed neither a passion for administration nor a desire for power – he was a mystic munshi, with no inclination towards governance of the lands his family ruled, but in name.

Nevertheless, in September 1837, the 61-year old Zafar ascended the throne after his father’s death. Bahadur Shah Zafar was now the emperor of a crumbling Mughal empire, a dreamy bard burdened by the weight of his dynasty. 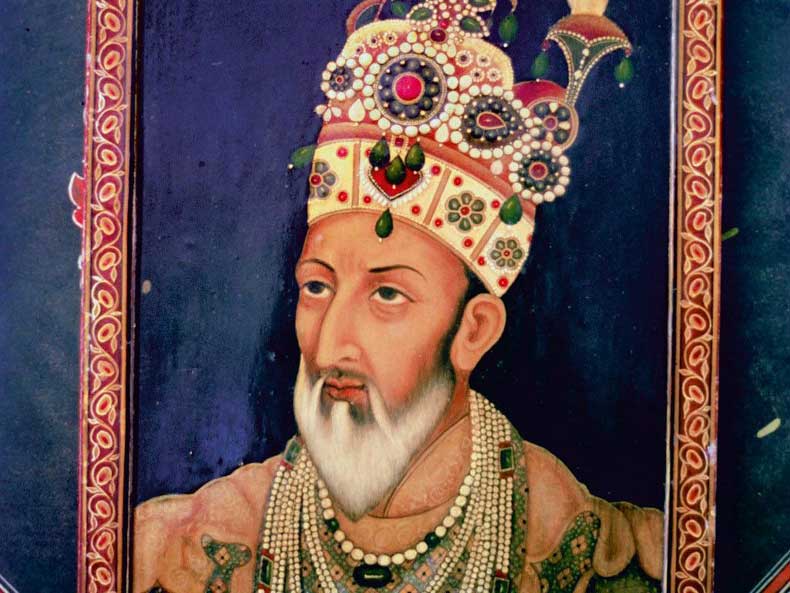 A few months earlier, in May 1837, a frail King William IV lay dying at Windsor Castle.

As the king’s children had not survived into adulthood, William’s young niece, eighteen-year-old Princess Alexandrina Victoria of Kent, had been named heiress presumptive.

On June 20, 1837, William died and the princess ascended the throne as Queen Victoria.

Despite her young years, Victoria was a confident woman and she began to assert her power immediately after her accession: one of her first acts was to dismantle the harsh Kensington system of upbringing that had been imposed on her by her strict mother, and thereafter to banish her and her confidante Sir Conroy from the royal apartments, removing their caustic influence from the court and concentrating power in her own hands.

By the time she married in 1840, she had moved the royal residence to the Buckingham Palace, secured her finances and had come out of the shadows of her elderly prime ministers to spectacularly dominate the administration.

Despite early public relations crises and two assassination attempts, Victoria regained the public’s confidence with charm and assuredness. By 1857, she had established new traditions in the State Opening of Parliament, patronised the Great Exhibition of 1851, overseen six governments, and defeated Russia in the Crimean War, while still finding time to raise eight children.

Meanwhile in Delhi, Bahadur Shah Zafar had to contend with the constricting influence of the East India Company. The façade of Mughal sovereignty had long been dismantled: when he was six years old, Zafar would have borne witness to the blinding of his grandfather Shah Alam at the hands of Ghulam Qadir; years later, Akbar Shah sent a mission to London petitioning William IV for an increased stipend and greater autonomy. The emissary, the reformist Ram Mohan Roy, managed to secure the funds but sovereignty was beyond reach.

In stark contrast to his shrinking command, Zafar’s court began to shine in these twilight years, the final dazzle of a rich culture that had imbibed wide artistic influences and touched every aspect of the creative arts. Zafar himself was a remarkable poet, his verse rivalling those of legendary court poets Zauq and Ghalib.

Even so, Zafar’s circumstances were clearly worsening and the centre of power seemed to move permanently away from him. The Company had rapidly consolidated power: the North Western provinces were taken over with the annexation of Sindh in 1843, Punjab was annexed in 1849 and by 1856, Awadh and the Deccan too were taken over. Meanwhile in Delhi, Zafar struggled to contain his palace. His eldest son and crown prince, Dara Bakht, had been a calming influence on the family, but he died in 1849, and Dara’s successor Prince Fakhru died seven years later. This left the brash 15-year-old Jawan Bakht as next in line to the throne.

On February 26, 1857, the 19th Regiment of the Bengal Native Infantry at Baharampur refused rifle practice, on the premise that the cartridges were greased with animal fat. One month later, the 34th Regiment in Barrackpur revolted, wounding two Company officers.

In the events that followed over the next few months, from May to September 1857, Delhi and India briefly returned to Mughal rule. After initially vacillating, Zafar later tragically aligned his fate with the cause of the rebels.

The rebels found success in early battles around Delhi, but an inexperienced administration strained to control the insurgents and the city soon descended into anarchy. As the summer wore on, the British forces reorganised and the tide of battle began to turn.

By early September, the writing was on the wall. After a brief assault, the British retook Delhi and the rebels fled back to the countryside. Zafar was captured and arrested after being promised his life.

He was put on trial, convicted of treason and murder, and sentenced to exile in Rangoon. In October 1858, the last Mughal emperor left Delhi for the last time.

At the time of the rebellion, Victoria had just given birth to her ninth child, princess Beatrice. By June, she had returned to official duties: meetings with her prime minister Lord Palmerston, awarding of the first Victoria Crosses recognising acts of bravery in the Crimean War, and later that month formally conferring on her husband – after seventeen years of marriage – the title of prince consort.

In a remarkable coincidence, she was hosting a delegation from Awadh, home to the Gangetic towns where the first skirmishes broke out in May, when news of the rebellion reached London. The summer of 1857 was a hectic period in London, with frenetic activity on Leadenhall Street and in Whitehall, as Company officials worked with the War Office to overcome the rebels.

Within three months the rebellion was quelled, and a calamity averted in Britain’s most valued overseas territory. Victoria’s fortunes were once more on the rise.

Following the events of 1857, power was transferred to the crown and the East India Company dissolved. In May 1876, the British Parliament passed the Royal Titles Act, conferring on Queen Victoria the title of empress of India.

Fourteen years earlier, on November 7, 1862, Bahadur Shah Zafar had passed away in Rangoon: old, ruined and alone. With his death, a dynasty that had stretched as far back as the 13th century came to an end.

Queen Victoria went on to rule for 64 years, leading an expansion of Britain’s political and economic clout, and consolidating the Empire’s hold on its colonies. At home, her reign saw major advancements in science, industry, transport and communication, and she restored a sense of prestige to the monarchy.

Today, her name is eponymous with a golden era in British history, when Britain emerged as the world’s first superpower.

Two rulers, ascending their thrones together, thousands of miles apart. Two distinctive characters with dramatically divergent personas: the first a confident young lady helming an ascendant kingdom, the other a mystic old man in charge of a crumbling medieval state. They were never to meet, but for decades their fortunes had been inextricably intertwined.

As the years of the mid-nineteenth century rolled on, they each acted their contrasting roles on a grand trans-continental stage of power, commerce and empire, each without the other knowing.

Zafar’s long years in exile might have helped him come to terms with his fate, but the pain was still evident in the verses he penned before his death:

I asked for a long life – I received four days

The days of life are over, evening has fallen;

I shall sleep, legs outstretched, in my tomb

How unfortunate is Zafar! For his burial

Not even two yards of land were to be had,

in the land of his beloved.

Also read - What happened to the Mughals after the fall of the Mughal Empire?

#Revolt of 1857, #Queen Victoria, #Bahadur Shah Zafar
The views and opinions expressed in this article are those of the authors and do not necessarily reflect the official policy or position of DailyO.in or the India Today Group. The writers are solely responsible for any claims arising out of the contents of this article.

The author is a UK-based health IT consultant and a history buff.