On Bhavesh Joshi, and why writing a realistic Indian vigilante is an uphill task

Hint: You can’t be a superhero if you’re scrounging for rent.

Full disclosure: I did not hate Vikramaditya Motwane’s Bhavesh Joshi Superhero as much as most other reviewers. This could be because I love (and frequently write about) comics; in particular, the fascinating world of home-grown superheroes and vigilantes such as Nagraj, Super Commando Dhruv and Doga. Sikander Khanna (Harshvardhan Kapoor) and Bhavesh Joshi (Priyanshu Painyuli, the best actor in his film) are 20-somethings fed up of the bureaucrats and politicians consuming their beloved Mumbai.

By the time BJS finished its 150-minute runtime, one thing was clear: it is easily the most realistic vigilante/superhero film made in India till date. However, upon calm reflection, one realises that this doesn’t say much, considering its competition (which BJS name-checks more than once) comprises eminently forgettable fare such as Krrish, Ra.One, Flying Jatt and (from an earlier era) Shahenshah.

BJS begins at the time of the India Against Corruption movement, and derives much of its moral impetus from the well-documented failures and shortcomings of the Anna Hazare-led movement.

Sikander (Harshvardhan Kapoor) and Bhavesh Joshi (Priyanshu Painyuli, by some distance the best actor in his film) are 20-somethings fed up of the leech-like bureaucrats and politicians consuming their beloved Mumbai. Ultimately, as India Against Corruption fades, the two take matters into their own hands.

The unlikely duo, paper bags with frown faces over their heads, starts confronting bottom-scraping crime — public urination, chopping off a roadside tree — with an amateur’s infectious zeal and little else. A few nifty video editing sessions later, we see them setting up Insaaf TV, a YouTube channel where their minuscule acts of vigilantism receive hits…in the hundreds.

According to me, the film works best when it shows its young protagonists for what they are: kids playing hero, scared shitless, making it up as they go along, hoping for the best. This is a fertile space for the kind of tragicomedy that works for a Kick-Ass or a Deadpool, two films that are, like BJS, hyper-aware of their status as meta-fictional comicbook capers.

But disappointingly, BJS falls into the tragedy-shall-wake-up-the-somnolent-hero trap. This all but kills the screenplay for the second half — where we should have seen the stakes rise due to realpolitik, we get flashbacks and montages that explain Sikander’s sudden re-awakening.

Which is a pity, because Vikramaditya Motwane remains one of our most technically proficient filmmakers — “mad skills” doesn’t even begin to describe the way he has put together an array of arresting, rain-drenched, Mumbai-by-night images.

As the writing of the film wanes, the visuals wax eloquent, carrying decades of comicbook history with them. Little Easter eggs abound, homages to sources as diverse as Chinatown, The Dark Knight, and in a way, the entire body of work of Frank Miller.

‘You’re not a hero, you’re an unemployed guy from Malad’

In perhaps the only moment in the film where Harshvardhan Kapoor looks wholly convincing, his character Sikander has just received an achingly pretentious sermon from Bhavesh. Fed up, he responds angrily, “You’re not a hero, you’re an unemployed guy from Malad.”

And this, to me, strikes at the heart of the matter. The very reason why Bhavesh Joshi is even moderately realistic is that it shows Bhavesh and Sikander to be average young men, with problems fitting the mundanity of the situation.

Bhavesh struggles to pay rent, Sikander, being a techie, has no issues there, but his passport application is, predictably, held up by red tape and bribe-angling. And yet, as one review noted in surprise: “Bhavesh and Sikandar seem to be orphans who share an apartment and are soldered together in a bromantic relationship.” 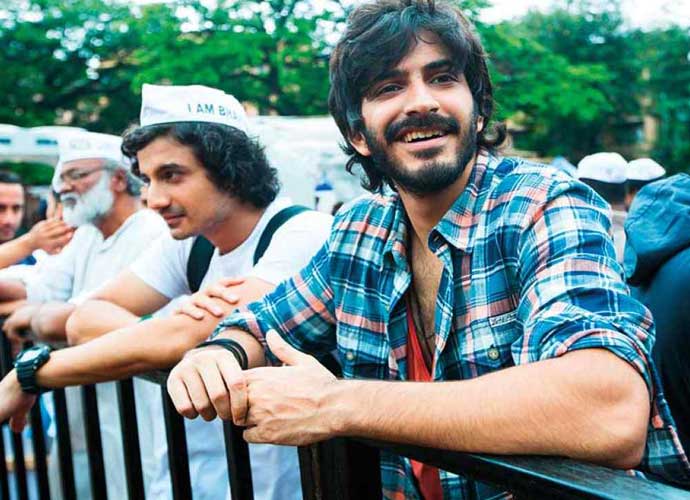 The uncomfortable truth is that most Indian superheroes/vigilantes are both extremely privileged and extremely oblivious of the actual axes of oppression in India: caste, gender, religion and class.

While that’s an entertaining sentence, coming from a writer I quite enjoy reading normally, the larger context of the line betrays an ignorance of the superhero/vigilante genre: orphans are the norm here, not the exception. Bruce Wayne, Peter Parker, Clark Kent, and even Super Commando Dhruv and Doga: orphans all, stung into action by the loss of a father figure. One doesn’t have to be Joseph Campbell to join the symbological dots here.

This brings me to the larger point that I felt most reviewers missed about BJS: the reason why Bhavesh and Siku’s vigilantism seemed derivative or not believable enough has to do with India’s complex individual vs society equation. The uncomfortable truth is that most Indian superheroes/vigilantes are both extremely privileged and extremely oblivious of the actual axes of oppression in India: caste, gender, religion and class.

Nagraj, for instance, pretends to be a reporter by day, working for a news channel he actually owns through shell corps. Doga’s (adopted, which brings me back to orphans in vigilante comics) family owns and operates several businesses, such as a gym, a firing range and so on. Super Commando Dhruv goes even further and becomes the much-hated “Sharma-ji ka ladka” by bagging a government job: he heads a government-approved squad of vigilantes, Tony Stark style.

The truth is that as middle-class Indians, we share the opinion of one of the BJS villains, a corrupt cop, who advises Siku (in all earnestness, no villainy slime in his voice) to migrate to America and never come back.

As individuals, we believe in consolidating our privilege till it drowns out everything else that happens around us — even if that everything else includes the rapid choking of dissent, a theme BJS uses to stoke anger in Bhavesh and the rest of us.

When it comes to amassing power and privilege, it’s dog eat dog, each man for himself and all that. And yet, when it comes to family, we can surrender almost all of our rights, in the interests of maintaining a tightly-knit family unit.

When it comes to community service, most of us die without doing even a minute of it. And yet, all of us have an opinion on the “system” not being efficient enough to deliver public services.

When seen in this light, the aforementioned reviewer’s surprise at Bhavesh/Siku “seeming to be orphans” can be understood (though not justified). Who are these people whose mothers and fathers are not engaged in a perpetual, lifelong project of Introducing My Child To Upward Mobility? Who are these youngsters whose line of sight is not saturated by competitive exams, and the complex arithmetic of buying and renting houses in an over-stuffed megapolis?

The answer: these are Indian vigilantes — and their under-written story is sinking without a trace on the box office. My solution is simple: let Harshvardhan acquire some acting skills. Seeing as how this could take half a decade or so, set the Bhavesh Joshi sequel in 2025, where our hero is taking on a mafia that leaks exam papers on demand.

#Bollywood, #Priyanshu painyuli, #Harshvardhan kapoor, #Bhavesh joshi superhero
The views and opinions expressed in this article are those of the authors and do not necessarily reflect the official policy or position of DailyO.in or the India Today Group. The writers are solely responsible for any claims arising out of the contents of this article.