Once the duo left, it was back to business in the house.

Dilwale might be getting more brickbats than bouquets but SRK and Kajol are a hit, at least in the Bigg Boss house. Their tryst with the contestants continued as they playfully indulged in lots of fun and games with everyone.

From testing Mandana and Rochelle's Hindi expertise to asking them general knowledge questions, the duo put the girls to task. They also made Suyyash, Kishwer and Prince play a game where Kishwer's dog was Suyyash (who got completely into character, even licking Kishwer's face) and the "boyfriend" was Prince.

Also read: Salman and SRK's reunion was a win for Dilwale

With the most romantic jodi of Bollywood in the house, naturally SRK and Kajol had to teach some romance too and the pair happily obliged. SRK took it upon himself to teach the boys how to profess love to the women. First, he tutored Rishabh. And then helped Prince profess his feelings to his love interest Nora.

Once the jodi left, it was back to business in the house. Prince and Rishabh took on Priya on some alleged "sleazy" comments she made about Prince while SRK and Kajol were in the house. And that snowballed into a major argument between Priya and the two boys. 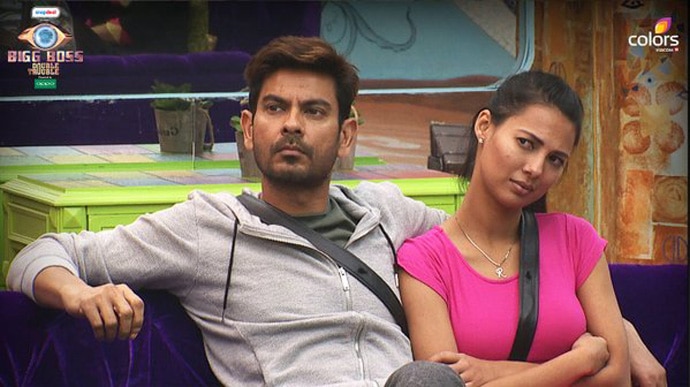 Next day, the contestants decided to start playing Secret Santa to bring in some festive spirit in the house on account of the soon arriving Christmas.

Meanwhile, things are only getting worse between Keith and Rochelle with differences cropping up time and again - this day was no different as yet another argument over the Secret Santa execution resulted in Rochelle shedding tears.

It was also time for the luxury budget task of the week which could enable the contestants to win back all the money they'd lost in the show so far. As part of that task, the contestants had to divide in pre-decided pairs and face different hurdles, with the winning jodi up for the next captain's position. Prince on the side had to place his bet on one jodi as the winner - if that pair won, the prize money would increase by three lakhs; Prince bet his money on Keith and Nora. 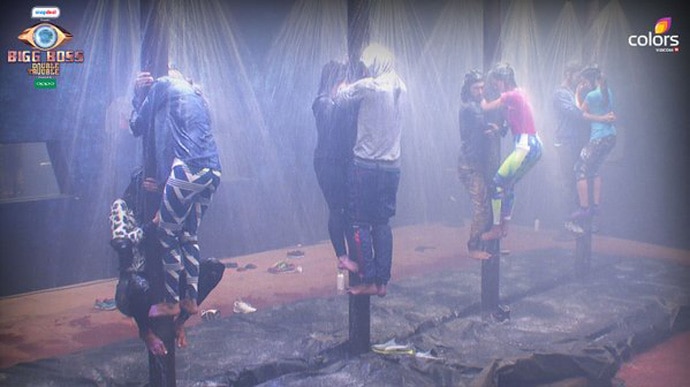 The first hurdle of the task required the teams to climb onto a pole and without slipping or falling, brave ice-cold water showers. Kishwer and Mandana were the first to back out whereas others were trying hard to hold onto the pole.

With the tasking continuing tomorrow, let's see which pair has it to hold on and survive. Let's not forget about the eviction that's lurking around.

Post your comment
#Dilwale, #Bigg Boss
The views and opinions expressed in this article are those of the authors and do not necessarily reflect the official policy or position of DailyO.in or the India Today Group. The writers are solely responsible for any claims arising out of the contents of this article.

Writer, wannabe fashionista and not one to mince words. Also, traveller by heart and yogi by soul.