Why awards have become a joke in India

We need more prizes that are taken seriously. The amount doesn't matter.

Everybody loves a good prize. Two major prizes were announced recently with American singer-songwriter Bob Dylan getting the Nobel and Paul Beatty the Booker.

We could go into what prizes mean to the individual but, as the Dylan "episode" showed, it sometimes means more to people: while Dylan's initial response was silence, his fans, the media and the jury in the meanwhile went into a frenzy trying to decode the meaning of his silence.

Dylan eventually put everyone out of their misery: he said he was rendered "speechless" by the news. It took him a fortnight to find the right words. Fair enough.

If you have "culture" of any kind, you should have prizes. Prizes flag achievement and endow recognition; they are an organic part of the "system" of culture. Nothing wrong with that. If you have television, then you have the Emmy's. In India, we have half the system in place. We produce art, music, cinema and literature but when it comes to prizes, we fall short badly.

The Indian problem is two-fold - first, we lack awards - there simply aren't enough awards going around. Second, when we have the awards in place, we tend to devalue them, so much so that the awardees themselves don't take them seriously.

Awards then become a joke. We know that Aamir Khan won't usually turn up for Bollywood award ceremonies. That still doesn't stop the prolific Akshay Kumar from complaining about how he's often overlooked in the "Best actor in a leading role" category. Yes, prizes do matter.

If you make a mockery of the process, if you pick the wrong members for the jury, if you a appoint a jury in name only and not take its recommendation seriously, if you confuse awards with feudal largesse, then you have consummately undermined the value of an award, no matter how noble the intention has been in instituting it in the first place. 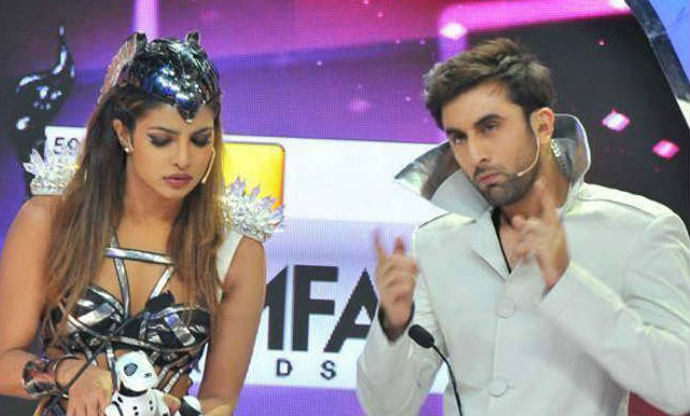 Awards in India have become a joke.

We saw this recently in Uttar Pradesh, where chief minister Akhilesh Yadav handed out Yash Bharati awards to 71 "achievers" in the field of culture. Breaking precedent, the awards were handed out for the second time in one year.

The award, each worth 11 lakhs (and Rs 50,000 in monthly pension), was given, among others, to an astrologer, the author of a book on Akhilesh Yadav, even the lady who was hosting the ceremony, an actress who had earlier that morning expressed a wish to be awarded.

There were so many awardees that the organisers ran out of bouquets and shawls. The most well-known name on the list, Naseeruddin Shah, didn't turn up. The prize carried money but no respect.

Let us narrow the focus and concentrate on literary awards for the moment.

The other day, I received a phone call from a school. The headmaster said that he was organising a day-long "lit fest" in his school and wanted to invite me. Our fascination with lit fests is a new development - every state, every city, every town and now, as I discovered, every school wants to host one.

The trend has caught on like the flu but is not matched by a desire to establish more prizes. If that happened it would make our literary culture more whole but there's no sign of that.

When it comes to writing in English we have four major prizes: the Shakti Bhatt Prize, the Hindu Literary Prize, the Crossword Prize and the DSC Prize for South-Asian literature. That's too few.

In a functional literary culture, you would have all kinds of prizes, both big and small. While the Cambridge dictionary defines "prize" as "something valuable, such as an amount of money, that is given to someone as a reward for doing very good work", I don't think big prize money is the only thing required in order for an award to be taken seriously. The Pultizer, for example, is only 10,000 dollars but it's worth much more than that.

You look at other English-speaking literary cultures; the range of awards is staggering. Even a small country like Australia has several, in fact far too many to list here. The same holds true of the UK and America.

Aside from the novel, there are multiple prizes honouring all literary genres: poetry, drama, horror and several varieties of non-fiction, like the biography and the essay. The VS Pritchett Memorial Prize in the UK, for example, is an annual prize for the best unpublished short story. It's worth a thousand pounds.

In short, we need more prizes that are taken seriously. The amount doesn't matter. It looks like there is money floating around but no one wants to put it into prizes. Prizes serve an important function that goes beyond encouraging writers. They draw the reader's attention to the work, which has an impact on sales.

Multiple prizes, like Australia has for poetry, also ensure a certain fairness. Art, after all, is not a sport with clear winners and losers.

Different juries will have different tastes and the shortlists they choose will reflect this diversity thus breaking the monopoly of canonical taste-making.

#Literature festivals, #Bob Dylan, #Awards
The views and opinions expressed in this article are those of the authors and do not necessarily reflect the official policy or position of DailyO.in or the India Today Group. The writers are solely responsible for any claims arising out of the contents of this article.