Looking for something to read? 16 underappreciated classics from around the world

These should be read by everyone who cares about literature.

For the past few months, I have been reading some lesser-known classics from around the world. I found that all of them are sumptuous and profound, and deserve a wider audience. 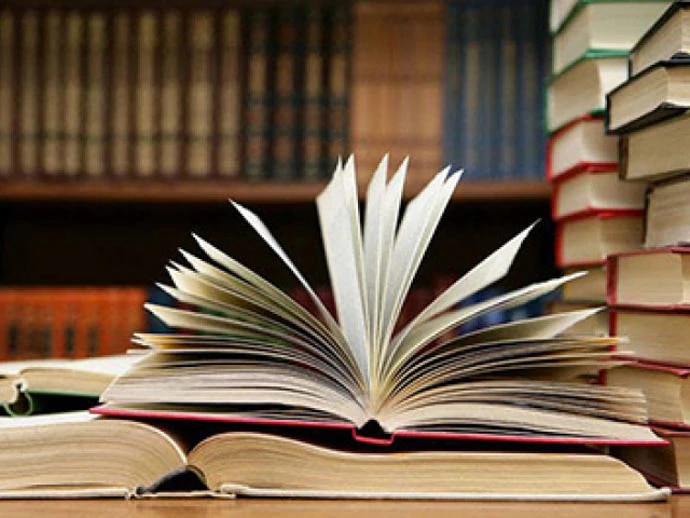 Lesser-known books can be as sumptuous and profound as the more popular ones. (Photo: Reuters/file)

Here, I share a list of 16 books which should be read by everyone who cares about literature.

Written in a sparkling and deceptively simple prose, it narrates the story of a farm boy, William Stoner, who enters the University of Missouri to study agriculture, but after a class on Shakespeare’s Sonnets, decides to major in literature. Later, he falls in love with the wrong woman, marries her, and after a year, his daughter Grace is born. However, both of them shun him when he needs them the most. In the meantime, his parents pass away, and Stoner finds himself in heart-breaking grief and turmoil. The New Yorker blurb on the cover of the Vintage edition reads ‘The greatest American novel you’ve never heard of.’

The Arab answer to Conrad’s Heart of Darkness. A young man returns to his village by the river Nile in Sudan after studying in England. The narrator meets Mustafa, who tells him astonishing stories of his past, including his multiple affairs with English women. The book is simmering with influences from Freud, Fanon and Arabian Nights. 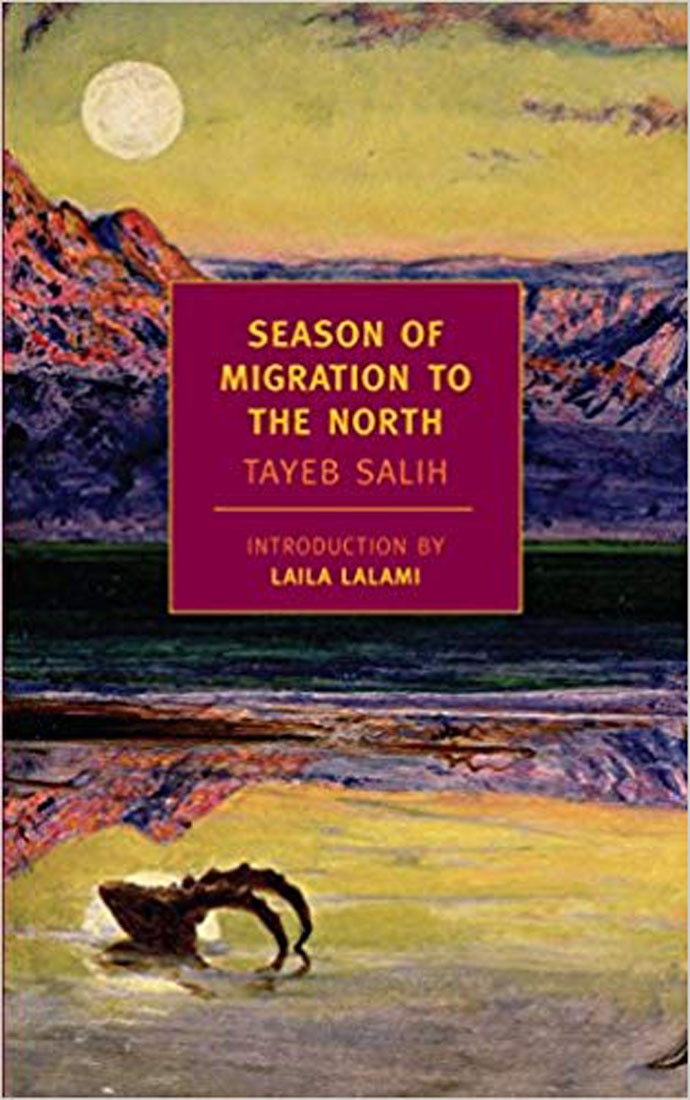 The Arab answer to Conrad’s Heart of Darkness. (Photo: Screenshot)

It defines how European colonialism shaped and affected ordinary human lives in remote villages of Sudan. A perfect example of east-west dichotomy, this one has been hailed as the greatest Arabic novel of the 20th century. It has ‘classical poetry, Shakespeare, skillful narration and lofty idiom’— everything in it.

It is not a book but a piece of art. This plotless novel tells us a very unnatural story of a pen case painter and the nightmares about his wife. This is a novel which, once you read, will haunt you for your entire life. I recommended it to a friend and it was later revealed to me that she had strong suicidal urges after reading it. Very few people in the west know him. I recommended it to a friend and later learnt she had strong suicidal urges after reading it. (Photo: Screenshot)

Comparisons have been drawn to Kafka and Poe, but sometimes he even surpasses his own masters. This Persian masterpiece is packed with dreams, nightmares, mystery, hallucinations and unrequited love.

A satirical novel, written as a diary, became a best-seller as soon as it was published. It showed the American audience clinical sex change for the first time in American literature. It has been included as one of the vital books in The Western Canon by Harold Bloom. The book is not as great and profound as Gore Vidal’s essays, but it deserves to be read for its graceful and lyrical prose.

This is one of the most marvellous books I have read in the recent past. An unconditional masterpiece and a personal favorite in the list, it is a story about two friends, Henrik and Konrad, who meet after 41 years over dinner in Henrik’s mansion. Both served the army together. Four decades later, Henrik, the retired general, seeks revenge and answers from Konrad — answers on love, adultery betrayal and friendship. The entire plot, set in a single day, will break your heart into pieces. (Photo: Screenshot)

At the end of the story, everything vanishes, only embers remain. The entire plot, set in a single day, will break your heart into pieces.

Juan Pablo Castel is a painter and the protagonist-narrator. One day at an exhibition, he stalks a woman who is completely absorbed in his painting, which is neglected by other visitors. He suddenly feels that only this woman will be able to understand his soul and his artistic emotions. In the quest for love, possessiveness, and jealousy, he ends up murdering her. It has been championed by Albert Camus, Thomas Mann, Graham Greene and most recently, Colm Tóibín, who introduced it for Penguin.

A circadian novel and Isherwood’s masterpiece. It follows one day in the life of George, a professor at Los Angeles University, after the unfortunate death of his partner. This magnificent novel has a lofty prose, with not a single pointless word used anywhere.

The novel was adapted into an Oscar-nominated film directed by Tom Ford. (Photo: Screenshot)

Robert McCrum went on to describe it as ‘a supreme achievement, as much a work of compressed brilliance as Chopin’s Ballade No 4.’ An Oscar-nominated film adaptation of the novel has been directed by Tom Ford.

The Japanese master’s last novel is nostalgic, and a hymn to love lost forever. This terrific story opens on a train journey Oki, a writer, is taking to meet his former lover Ueno, a famous artist, to attend the festival of tolling bells in Kyoto. But here, readers shake hands with Ueno’s young protégé Keiko, and the novel unfolds to a harrowing ending. This captivating book will keep you hooked until you reach the last page. Tip: do not finish the book in one sitting.

This sociological novel of 350 pages has 300 characters revealing their lamentations and tales to us. It describes the banal life of everyday Madrid. The plot revolves around a café and its customers, who come from all sections of society. One of the most difficult novels I have ever read. (Photo: Screenshot)

After The Life and Opinions of Tristram Shandy and Gravity’s Rainbow, this is the most difficult novel I have read.

In an interview with Wisconsin Studies in Contemporary Literature, Nabokov said that although he had the most affection for his book Lolita, it was Invitation to a Beheading he held in the greatest esteem. This is a perfect example of absurdist literature. Cincinnatus C., our hero, is sentenced to death by beheading and Nabokov cordially invites you to witness it.

An unknown narrator looks back over his younger years as he plunges in to read the newspaper. He recollects the memories of three women he was in love with at some point in his life — all of whom he lost in search of ideal love. 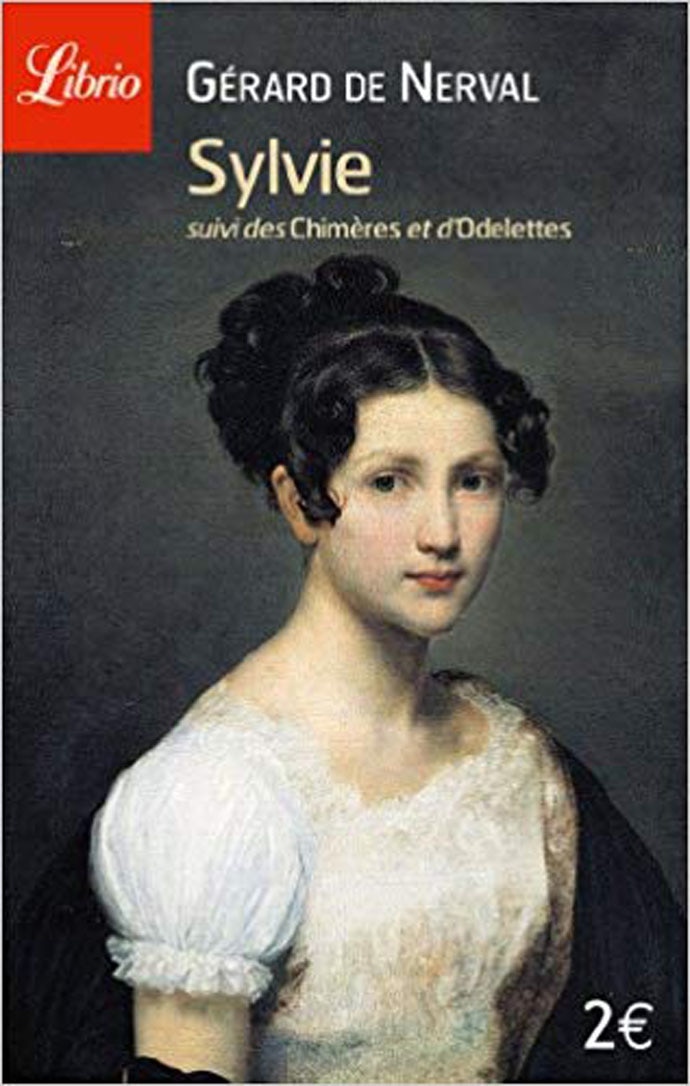 This small masterpiece has influenced a wide range of literary giants: Marcel Proust, Julien Gracq, Umberto Eco, Orhan Pamuk, among others are indebted to this slim work by a genius.

A slim 120-page picaresque novel by one of the most idiosyncratic writers of the 21st century. When Cesar Aira, a six-year-old character, licks a scoop of strawberry ice-cream, it tastes of cyanide and she is hospitalised. Her father loses his cool and murders the ice-cream vendor. The first four chapters of this book are the revered chapters I know from any novel.

Turgenev is better known as the author of Fathers and Sons and The Sportsman’s Sketch, but little is known about this novella. First Love is vastly autobiographical and Hisham Matar describes it as “one of the most perfect things ever written”. In the story, Vladimir Petrovich is madly infatuated by Zinaida, who is five years senior to him. Their love affair is never consummated as Zinaida leaves him for another suitor. Vladimir is stunned when he learns that the suitor is his own father. What I remember most from the book is a father’s advice to his son: “My son, fear the love of woman . . . fear that bliss, that poison”.

After Hiroshima was annihilated by the United States in 1945, John Hersey was dispatched to Japan to report for The New Yorker, and that was how this astonishing book was born. It narrates the experiences of six people who endured and survived the bombing of Hiroshima. 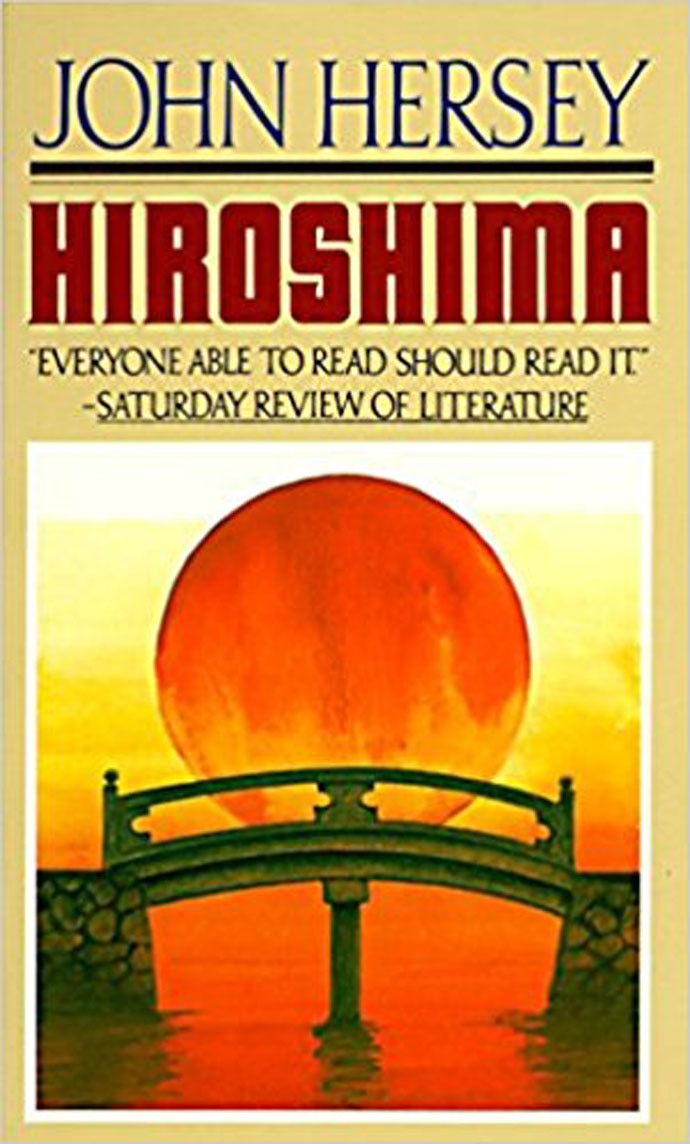 The earliest work of New Journalism and literary reportage, the elements of fiction are brilliantly blended with non-fiction journalism. TIME magazine calls it “one of the most celebrated pieces of journalism to come out after World War II”.

This extraordinary short-story collection by the Polish master tells the story of a bourgeois family, with a patriarchal father in the centre of the collection. The writing is studded with metaphors and heightened imagery. Bruno Schulz is a writer who creates magic out of ordinary everyday life. British-Pakistani writer Nadeem Aslam wrote this book by hand while learning the craft of writing, and it deserves not only to be read, but savoured.

A modern European classic which is relatively unknown even to European readers. During World War II, twin brothers Claus and Lucas are brought by their mother to their grandmother’s home, who is cunning and known to the neighborhood as ‘a witch’. A modern European classic which is relatively unknown even to European readers. (Photo: Screenshot)

We follow the two boys — how they meet, help and trick people around and make ends meet. The writing is as simple as Hemingway’s. This little book is a profound reminder of truth and humanity.

#Classics, #Reading, #Literature, #Books
The views and opinions expressed in this article are those of the authors and do not necessarily reflect the official policy or position of DailyO.in or the India Today Group. The writers are solely responsible for any claims arising out of the contents of this article.