The Breaking Bad Season Six news is a hoax. Deal with it

Did everyone just rehash a 2015 parody report? Yes, they did.

Sorry to break your (and mine) collective hearts, but the news of Breaking Bad coming back for a sixth season is a big fat lie.

The story suggests that Vince Gilligan, the show’s creator, in an exclusive interview with NBC News announced that "Walter White is not dead and neither is Breaking Bad."

"I couldn't walk away from it. This isn't a sophomoric attempt to bastardise what was such a beautiful ending to season 5" added Gilligan allegedly. 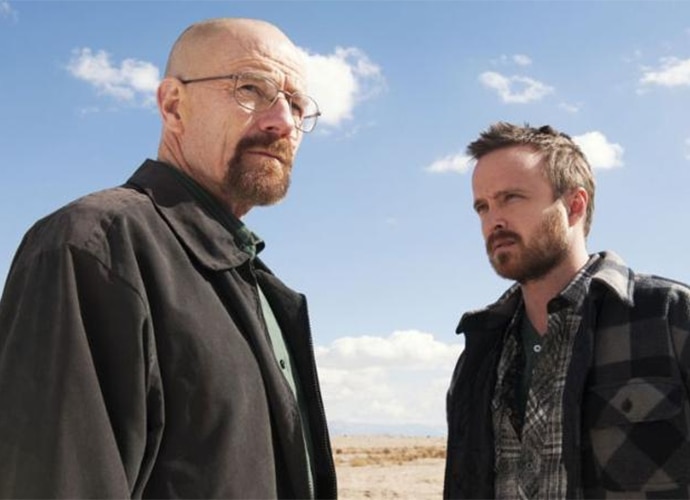 THE IS NO SEASON SIX. WAKE UP SHEEPLE. [Photo: Screengrab]

Okay, so here’s the deal: It was not an exclusive interview to NBC. It was a non-existent interview from NBC.com.co, a parody website that got mistaken for the actual one. It is in fact an article from 2015 that Google somehow managed to pick up on news.

According to this 2015 Bloomberg report, Google has started handing over control of its search algorithm to an artificial intelligence system. It makes sense that a goof-up like this happened because of this.

The parody report goes on to describe a rather pathetic plot of the alleged seson six.

Season 6 will also see a Christian anti-masturbation organisation's mascot Fappy-The Anti-Masturbation Dolphin. Fappy which will be played by Paul Horner, is really excited about the role.

How can one, while typing the words "Fappy-The Anti-Masturbation Dolphin", not for a second doubt the authenticity of the news report? It is just baffling.

“Bryan Cranston called me up last year and said he had this incredibly lucid dream in which Walt wakes up in a hospital bed surrounded by the DEA, ends up breaking out of prison and finds out he’s got fans,” Gilligan said in the hoax piece.

Season six begins with Walt waking up in the hospital, handcuffed to his bed. Like Bryan Cranston said last May, nobody ever saw a body bag, so essentially, the last episode of season five was left open-ended. Skyler, Walt Jr, Marie… none of them have any idea he’s survived, but the DEA is right on top of it. We’ll go through the motions of people finding out he’s alive – many people wanted Walt dead, so there’s a lot of disconcerted, angry people out there.

We have Walt going to trial, his incarceration and how he’s keeping Heisenberg and the blue meth on the streets during his imprisonment. Season six will have Walt’s eventual breakout, despite the fact that he’s being held prisoner in a fashion not seen since Hannibal Lecter. The nationwide manhunt for Jesse Pinkman is both epic and gripping, and I can tell you for certain his relationship with Walt will continue, in a much more strained, arch-nemesis-type fashion. None of this is anything you won’t find out about in the trailer, but it’s high time to get truly, truly excited for the greatest show of all time! I believe in this, it’s a valid and worthwhile continuation of something that deserves discernment and care. Breaking Bad season six! It’s not over yet!"

“This isn’t a redemption story, it’s got a bleak, dark premise. I can’t give away any more of the details, but let’s just say Walt has quite a bit of unfinished business to attend to, and it sure as hell has nothing to do with teaching high school science.”

What is this? Prison Break? Ugh. This is, of course, neither the first time, nor the last time a Breaking Bad rumour is going to cause thousands of people to lose their shit and consequently break their hearts. For future reference, let us remember a very old, yet poignant proverb: All good things must end. And Breaking Bad, for what it’s worth, has ended forever.

Why don’t we all stop paying heed to rumour mongering and concentrate on waiting for another season of Better Call Saul, which, believe it or not, is actually as good a show. Or you can just go back to doing reruns of Breaking Bad and cry yourself to sleep.