Egypt celebrated the restoration of its 3,000-year-old walkway, Path of Gods, and we wish we could have been there!

If you had been to Egypt before or in 2020, this is what a famous 3,000-year-old walkway in Luxor would have looked like:

(#Egypt was my last trip abroad, so it’ll always be special.) This is the 3000-year-old Sphinx Avenue in Luxor, a 2.7-km walkway lined with these Sphinxes, connecting the temples of Luxor and Karnak. Back in March 2020, this is what it looked like. It has just been restored. pic.twitter.com/aFX0PgZaay

It's November 25, 2021. The reporters arrived, the President of Egypt arrived, and the world waited for the most epic events that was to be hosted by Egypt in a long time. After the long-standing political turmoil and the unfortunate pandemic, Egypt finally had something monumental to celebrate. Egypt hosted a grand opening ceremony to celebrate the restoration of one of its historic walkways that connects two of its most famous temples - Luxor and Karnak. 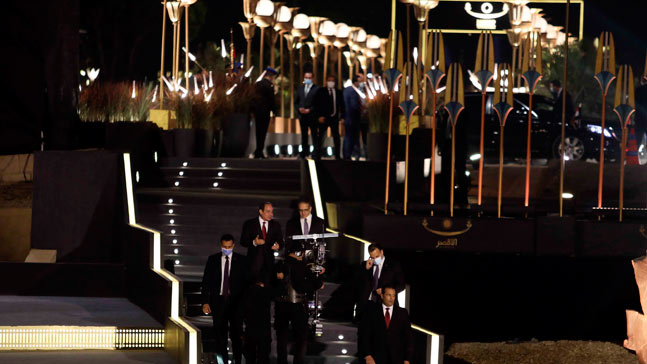 The ministers arrived for the Grand Opening.

The walkway is lined with statues of sphinxes on pedestals and one of the oldest monuments on the pathway are 6 structures built by Queen Hatshepsut, Egypt's only woman pharaoh. Hatshepsut was the daughter of Thuthmose I and Queen Ahmose, and was a woman in a man's position. So she depicted herself to be the daughter of the God Amun, the most powerful deity of the time. The first statue was found in 1948, and after decades of excavation and months of restoration, the ancient 1.7-mile walkway, known as the Path of Gods or Avenue of the Sphinxes saw a grand revamp. It is believed to be the path that pilgrims walked on to visit the temples to worship their deities. The preparation for celebration

As per the drawings and carvings (also known as hieroglyphics) on one of the walls, Opet was one of the ancient holidays that was celebrated with parades and dances to celebrate the bounty that Egyptians received because of the river Nile. As per the carved transcriptions, a fleet of small ships and boats would make their way to the temple through the walkway. Egyptians recreated and celebrated the same age-old tradition in 2021, albeit with light shows, local dancers with exuberant costumes and parades to replicate and cherish their cultural heritage. The procession started from Karnak and reached Luxor.

This parade resembled the way Egyptian High Priestesses led the way for prayers:

NOW - Egypt reopens the 1.7-mile long "Avenue of Sphinxes" that links the ancient Egyptian temples of Luxor and Karnak. pic.twitter.com/6BIIybjIyj

A BIT ABOUT THE TEMPLES: LUXOR AND KARNAK

Both Luxor and Karnak temples are famous for their documentation of the world. The Luxor temple was built by Amenhotep III in 1390-52 BC but completed by Tutankhamun in 1336-27 BC and Horemheb in 1323-1295 BC. Remeses II then created his own additions in 1279-12 BC. The temple, that also has a shrine of Alexander the Great, was buried for thousands of years under the streets and houses of Luxor. Although the ciy's mud houses and palaces have disappeared, the stone temples seem to have survived the test of time. Luxor is known to be the most beautiful temple of Egypt. It is close to the Nile and constructed parallel to the river. 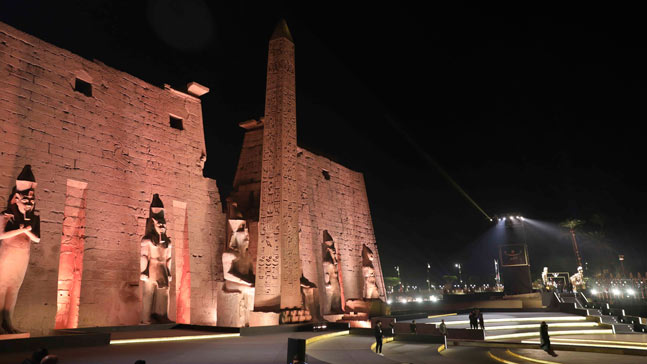 The entrance to the temple.

Karnak served as a treasury, an administrative center and a palace for the pharaohs. It is considered to be the largest cult temple complex ever constructed anywhere in the world and was dedicated to gods Amun, Mut and Khonsu. 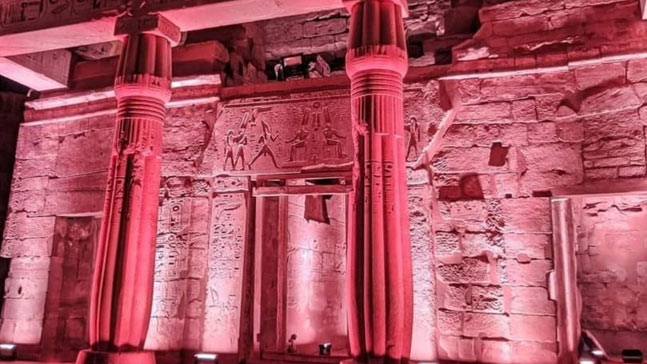 Luxor is named so because it houses so many palaces and is also known as the biggest open temple to display the largest number of monuments in the world. Excavations first found a mosque that dated back to 800 years since the Ayubin era. This mosque was later found to be sitting on top of a part of the temple, that was used as a Church. The Experience Egypt account tweeted this as they shared a sneak peek of their grand opening:

Today, #Egypt is celebrating its beautiful city of Luxor with the grand opening of #TheSphinxAvenue! Here’s a glimpse of the unmissable celebrations, spotlighting the gem that it is Ancient Egypt. pic.twitter.com/0ZZeeKbNDX

The celebration ended with fireworks. Wasn't this beautiful? In case you want to see exactly what went down at the opening of the Sphinx Avenue in Luxor, here's a video you can watch:

#Avenue of the sphinxes, #Luxor, #Thesphinxavenue, #Egypt
The views and opinions expressed in this article are those of the authors and do not necessarily reflect the official policy or position of DailyO.in or the India Today Group. The writers are solely responsible for any claims arising out of the contents of this article.