Why writers like Elena Ferrante choose to hide behind the veil

That she did it in today's byte and click-hungry age is astounding. But, she is not the first.

In October 2016, the literary world was abuzz with the rumour that mysterious author Elena Ferrante's identity had been unmasked. Ferrante was Anita Raja, a translator of German origin who lived in Rome and was married to a writer, Domenico Starnone or so went the claim. An Italian journalist, Claudio Gatti claimed that he had unearthed the identity of the writer after extensive investigations. The claims flew back and forth and the evidence is still inconclusive. It is still not clear who Elena Ferrante is.

What is clear is that Elena is but the latest in a long line of writers who have shunned the limelight and hidden under pseudonyms and chosen anonymity over fame. That Ferrante did it in today's byte and click-hungry age is astounding. But, nevertheless, she is but the latest. Not the first.

Another early 19th century writer who had to publish her books anonymously was Jane Austen (1775-1817). Her first novel, Sense and Sensibility was printed as having been written by "A Lady". Her subsequent work Pride and Prejudice was printed as having been written by the author of Sense and Sensibility. Her identity as author was only revealed after her death in 1817 at the young age of 41.

Also in the 19th century, the author of Adam Bede, Middlemarch, Mill on the Floss, Silas Marner and other books, Mary Ann Evans became popular as George Eliot (1819-1880). She used a male name, she said, so that her works were taken seriously. Also she wanted to keep her career as an editor and critic separate from her career as a novelist. Then there was the matter of her live-in relationship with philosopher, George Henry Lewes, an unusual and scandalous choice in those staid Victorian times. 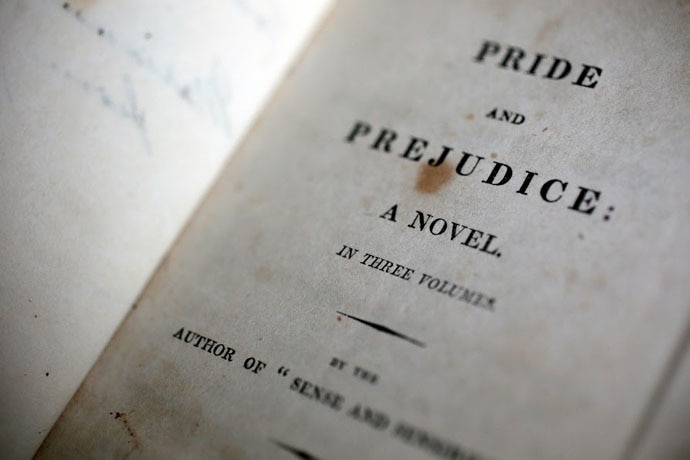 Jane Austen's first novel, Sense and Sensibility was printed as having been written by "A Lady".

Scenes from a Clerical Life was Eliot's first work. It was a success and it was rumoured that a country clergy man was the author. Adam Bede was published in 1859 and its success and the mystery behind the author soon resulted in an impostor claiming authorship. Eliot was then forced to reveal herself. Contrary to her fears, her popularity was not affected by the revelation of the details of her unusual private life.

Eventually, the Victorian era with its prejudices, restrictions and its proclivity to sweep most scandals under the carpet came to an end. Authors soon reveled in being published under their own names. But still, there were some odd exceptions.

Before Ferrante and in pre-Trump times when presidential campaigns were hard-fought, but perhaps a shade more dignified, a novel detailing the intricacies of one such campaigns was published. Primary Colors was its title and it came out in January 1996. It was based on the Bill Clinton campaign of 1992. The cover of the book had no writer's name. He was "Anonymous". The book soon raced to the top of the bestseller's list and the questions grew as to who the author was.

Given that the book revealed many intimate details about the campaign, speculation was rife for months and an early suspect was Joe Klein, then a columnist with Time magazine. Klein denied vehemently that he was the writer. But the whispers did not go away. A professor concluded that it definitely was Klein based on an analysis of writing styles inviting a public condemnation from Klein who issued a denial. Eventually, in July 1996, Klein admitted he was the author.

The movie version of the book that released in 1998 and had John Travolta and Emma Thompson in the lead bombed. Klein later wrote a sequel, Running Mate in 2000.

If Primary Colors was about the first campaign of a president, O: A Presidential Novel released in 2011 was a novel about the re-election campaign of the fictional character, O, clearly based on Obama. It was an attempt to speculate on what would transpire in the 2012 Obama campaign.

Clearly inspired by the Primary Colors experience a decade-and-a-half earlier, O had an anonymous author too. The book was underwhelming and after a middling run, it slipped away into anonymity.

Eventually, it might be resurrected as an also-ran case study at a publishers' course perhaps. Its author is still a mystery though it is rumoured to be the campaign manager of the 2008 Republican Presidential candidate, John McCain campaign, Mark Salter.

What prompts an author to hide his or her identity? Virginia Woolf spoke of the gender issue which was definitely what was behind the hidden identities of Austen and Eliot. In a man's world, they were not considered good enough.

#Literature, #Writing, #Elena Ferrante
The views and opinions expressed in this article are those of the authors and do not necessarily reflect the official policy or position of DailyO.in or the India Today Group. The writers are solely responsible for any claims arising out of the contents of this article.