Ezra Miller has been again arrested in Hawaii for attacking a woman. Previously, he was arrested on March 28 this year.

The Flash has been caught again! Actor Ezra Miller, who plays Flash in the DCEU and Credence Barebone in the Fantastic Beasts series has been arrested, and you guessed it...in Hawaii, US. 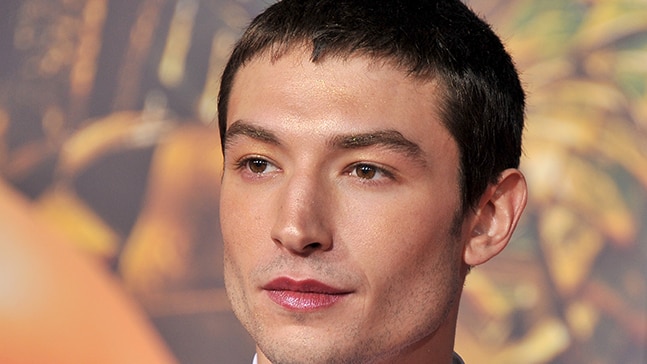 Ezra was arrested early morning on April 19 for second-degree assault that took place at private residence near Pāhoa, Hawaii. Ezra, who uses the pronouns they/them, got irate when they were asked to leave the residence and threw a chair, striking a 26-year-old woman in the head and giving her a half-inch cut on her forehead.

The victim refused treatment for the injury.

Ezra Miller when being asked to leave a private residence: pic.twitter.com/C0fr1D1HSn

The Hawaii Police arrested Ezra at a traffic stop at an intersection in Kea’au, Hawaii and they were released a few hours later, pending further investigation. There is an active investigation going on for this case.

But this isn't the first brush Ezra has had with the Hawaii Police. On March 28, Ezra was arrested by the Hawaii police for disorderly conduct and harassment in Margarita Village, Hawaii. They were arrested for yelling obscenities, grabbing a mic from a singing woman, and lunging at a man playing darts.

If that wasn't enough, after Ezra made bail for his arrest in Margarita Village, later in the night, a couple called the Hilo Police station asking advice on how to remove Ezra from their personal property.

While the restraining order filed by the couple has now been dropped, the complaint at the time said that Ezra burst into the couple's room and threatened the male victim by saying, "I will bury you and your s**t wife."

The complaint also accused Ezra of stealing some of their belongings, including a passport and wallet.

Honestly, this is exactly how we are feeling right now:

if you're in hawaii the possibility of getting assaulted by ezra miller is low but never zero https://t.co/PJcTpyYyIl

While the Warner Bros studio has paused all future projects with Ezra after they were arrested on March 28, the actor recently appeared as Credence in the third installment of the Fantastic Beasts series, titled Fantastic Beasts: The Secrets of Dumbledore.

It is not yet known whether the upcoming Flash movie, starring Ezra as the lead will be shelved or not. The Flash movie, as of now is all set to release in June 2023.

As always, netizens are not leaving this opportunity to 'meme' Ezra's recent arrest.

Here are 5 that will make you laugh out loud:

Ezra Miller anytime someone in Hawaii gets near his personal space.#EzraMiller pic.twitter.com/oakBgNkuVp

4. CAN'T SEE THEM HAVING FUN

When I’m in a get arrested competition and my opponent is Ezra Miller pic.twitter.com/7XgKM8y6ZQ

Warner Bros studio has yet not made a statement on Ezra's April 19 arrest.

#Ezra second degree assault, #Ezra fantastic beasts, #Ezra flash movie, #Ezra hawaii arrest
The views and opinions expressed in this article are those of the authors and do not necessarily reflect the official policy or position of DailyO.in or the India Today Group. The writers are solely responsible for any claims arising out of the contents of this article.