Game of Drones! I haven’t watched a single Game of Thrones show and I have certainly not missed out!

I tried to figure out the GoT craze. I only figured out the craze itself, over a thoroughly mediocre and unreal show, was crazy!

Is it blasphemy if I haven’t seen a single Game of Thrones show? It doesn’t look like it to me.

But it seems everyone's talking about Game of Thrones (GOT), be it friends, relatives, even colleagues in office.

Am I’m missing out?

No, I don’t think so, for it gives me enough opportunity not to get hooked onto a show which doesn't seem to have any real plot and which seems totally removed from real life. It’s just a TV series and nothing more. Do note, people who saw cable television coming into Indian drawing rooms, the Hindi tele-serial Tara ran for four whole years and also did extremely well numerically, even though its fan base might have been in India itself.

Why is India so obsessed with videshi stuff? This only shows our allegiance to our colonial past! Have the courtesy to go through our desi dramas, which have everything including totally over the top made-up plots, much like the beloved GOT.

I was completely taken aback when even the Delhi Metro issued an advertisement saying, don’t be a spoiler and watch the show in the metro!

Last stop of the season!Catch up on the Train of Thrones, but don’t go spoiling it for others.If you're watching it on the metro, please be sure to use earphones.#GameOfThrones #GOT pic.twitter.com/cwyPD6uiAD

This truly is nuts. Now, would the metro issue such passionate warnings for people who play games on their phones or stand neck-to-neck in the coach? Probably not. My colleagues tell me to watch the show they wake up to see at 6 AM — on a working day.

I tried — I so wasn't even impressed that I had no trouble going back to sleep! 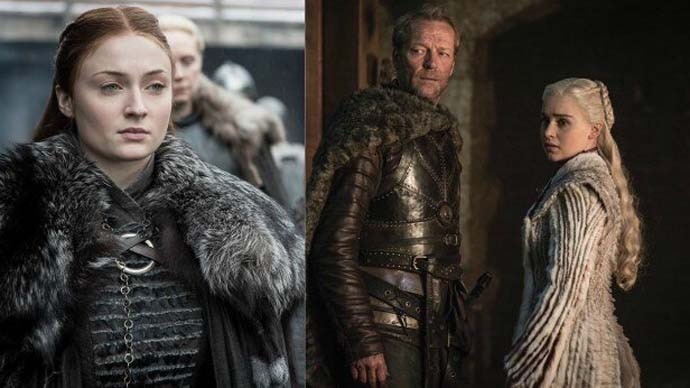 Game of Thrones show doesn't have a real plot to get hooked onto! (Photo: HBO)

The show itself revolves around pure fantasy, which is surely not many people's cup of tea. However, as seen by the popularity of book-turned-film series like Harry Potter and The Lord of the Rings, there are a lot of people out there who want to see an imaginary world filled with fictional creatures, a universe of illusions, far removed from reality.

So, why am I not watching it?

But there's a limit too! Game of Thrones seems to have only illusions, loud drama, too much OTT costume, no thrills and actually quite predictable scenes. What I have heard from my colleagues is that the season this year has been slow and short. Also, the ending was not as they would have liked.

Should we even care? Absolutely not! When you have elections running and the cricket World Cup around the corner, this tacky make-believe show does not deserve a mention! That's my humble opinion, of course. There will be fans of GOT who will still rant, oh you know, the show could have ended this way or that.

My only question is, why even bother?

Also read: Game of Drones? How bad writing in 'Game of Thrones' has turned into sexist cliché

#Fans, #Game of Thrones
The views and opinions expressed in this article are those of the authors and do not necessarily reflect the official policy or position of DailyO.in or the India Today Group. The writers are solely responsible for any claims arising out of the contents of this article.