JK Rowling's 'Cursed Child' is really about the fathers and sons who struggle with the imperfections in their relationships.

Of course, it opens at the close.

Harry Potter and the Deathly Hallows ended on a comforting, if somewhat pat, epilogue - nineteen years after the Battle of Hogwarts, The Boy Who Lived is untroubled by his scar.

Harry Potter is weaving his way through Platform Nine and Three-Quarters, along with wife Ginny Weasley and daughter Lily, to see his sons James and Albus on to the Hogwarts Express.

Ron Weasley and Hermione Granger's daughter Rose is about to begin school at Hogwarts, along with Albus Severus Potter.

Harry Potter and the Cursed Child: Parts One and Two takes it from there.

Written by JK Rowling, John Tiffany, and Jack Thorne, the book is a Special Rehearsal Edition of the script of the play, which premiered in London on July 30.

Albus' worst fears come true when the Potter boy finds himself sorted into Slytherin, not Gryffindor as expected.

Unlike his father, he doesn't instantly love Hogwarts, but like him, Albus makes a fast, seemingly unusual, friendship with the amiable nerd-fighter Scorpius Malfoy. That's right, the son of Draco Malfoy, who in turn has his own personal battles to fight.

While Albus is dogged by the burden of his surname, Harry is drowning in paperwork as the head of the Department of Magical Law Enforcement and confounded over the complicated relationship he shares with his younger son.

Scorpius and Albus, (slight plot spoiler alert in this para!) set off on a quest, with the aid of a recently-confiscated Time Turner. Things spiral out of control, with possibly disastrous consequences. But Cursed Child is not about this misguided mission.

It's about an author playing around with the many "what-if" scenarios in her head, exploring the infinite alternative realities that are plausible because of small ripples in time.

Of course, it's not Rowling's story alone, perhaps that's why it feels like reading a piece of well-written fan fiction at times. 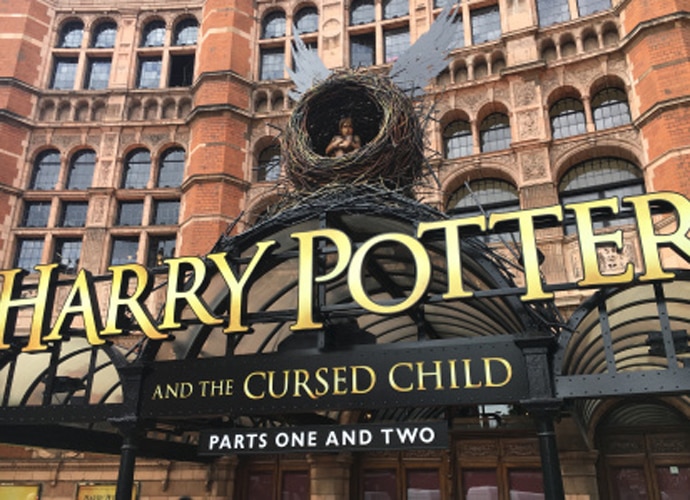 There's more, but we will #KeepTheSecrets.

Cursed Child is really about the fathers and sons who struggle with the imperfections in their relationships, and the fragility of it. In doing so, it reaffirms some of the values the Harry Potter books stand for - friendship and love.

Through it all, Hermione, who is now the Minister of Magic (raising our flagon of Butterbeer to toast the cleverest witch ever) and Ron who manages Weasley's Wizard Wheezes, stand by their friend.

Hermione is still books and cleverness, but with tons of power to back her, and Ron definitely has some of the better jokes.

Disappointingly, Neville Longbottom doesn't make much of an appearance, while Draco has made some unexpected life choices.

Professor McGonagall is now the Headmistress at Hogwarts and Professor Dumbledore is barely "paint and memory", but it doesn't stop him offering a few memorable turn of phrases.

There's more, but we will #KeepTheSecrets. But what's with the regretful addition of Panju (you will have to read the book to figure out that one)!

Cursed Child is a play script, and unlike the books, it doesn't have the vivid imagery of Rowling's narrative. Of course, the book has its warm, fuzzy, and witty moments - you still get swept away on a tide of emotions. But what comes alive on stage splendidly doesn't always translate to a script book.

For instance, you don't know what Harry or Albus are feeling or thinking at all times, making it harder to stay with the characters (though Scorpius is such a dear).

A disconcerting fact for Potterheads, who are used to being in Harry's mind, apart from Voldemort, of course.

But what's exciting, as a friend pointed out, is that it will encourage children to read a script, understand the nuances of theatrical writing, and how it translates to performance.

Reading Cursed Child is like going to a school reunion, where after two decades, everyone is familiar but strange at the same time.

The first page of the special rehearsal edition script is a plunge into a pensieve of nostalgia for Potterheads across the globe.

Well-loved phrases leap out, and while they evoke a tug of pleasure for the reader, they are written to elicit happy sighs in the audience.

What Cursed Child does is to revisit the magic of Harry Potter, once again, after all these years.

And in doing so, it unites children and adults with the power of its words, as Dumbledore would say, our most inexhaustible source of magic.

Post your comment
#JK Rowling, #Harry Potter, #Cursed Child
The views and opinions expressed in this article are those of the authors and do not necessarily reflect the official policy or position of DailyO.in or the India Today Group. The writers are solely responsible for any claims arising out of the contents of this article.