The film celebrates the power of words — to mirror society, and to pay the bills.

Writers don’t make for easy subjects, partly because of cinematic limitations: the camera can never take you inside the workshop of imagination, which is where the business of writing really happens. 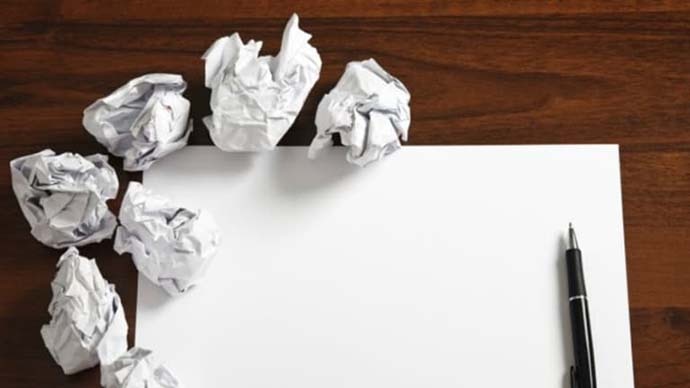 The most clichéd way of depicting writers cinematically is to have endless sheets of paper, crumpled. (Representative image: Twitter)

How does a writer construct a sentence? It’s not an easy process. At any given moment, there are innumerable thoughts and observations swimming in one’s head. How does one crystallise this into a sentence, like magnifying glass focussing sunlight on a sheet of paper? How does one write this sentence without burning the paper one is writing on?

The most clichéd way of depicting this cinematically is to have a writer crumpling endless sheets of paper and throwing them into a bin. Soon, the bin overfloweth and the paper balls no longer land in the hoop, scattering all over the floor. In reality, no writer has so much paper to waste.

Nandita Das’s Manto, packed with wonderful period detail of streets and interiors of the time, is a remarkably controlled film that studiously avoids cliché. It focuses on the last four years of Manto’s life, and five of his stories. The film makes sense to those who are familiar with Manto, but, more importantly, it makes sense to those unfamiliar with his work, thus performing the invaluable task of getting a new generation of readers interested in his writing. 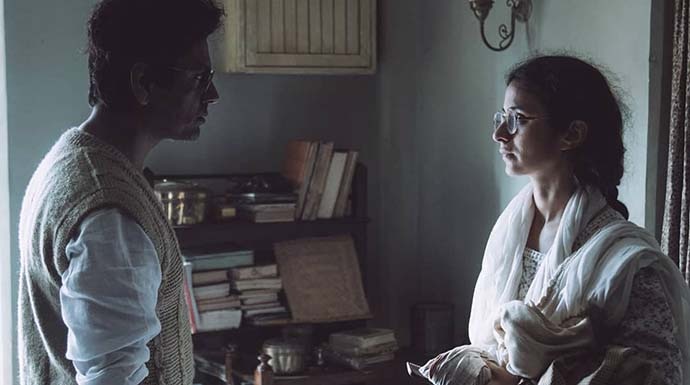 A beautifully nuanced film about the purest of writers.

Das weaves in the telling of five Manto stories into the narrative of his life: Dus Rupay Ka Note, Sau Watt Ka Bulb, Khol Do, Thanda Gosht and, of course, Toba Tek Singh.

Short stories are further shortened to almost flash fiction length, no mean achievement. They succeed in giving the viewer a sense of the author’s moral universe and the troubled times he was writing about.

Manto was unusual in that; his reputation was based on his mastery of the short story alone. In the current publishing climate that prizes the novel form above all else, it’s a timely reminder of the efficacy and lasting influence of the now —much maligned form.

It’s also a reminder of the suspicion and fear that the written word engenders. The writer, a useless effete sponge on society, is, at times, seen as a threat to its very foundations. As Manto fights his own court case regarding obscenity (there were six cases in all), he cites James Joyce and Flaubert’s Madame Bovary in a Lahore courtroom: ‘Literature can never be obscene.’ The film doesn’t shy away from showing his drinking in the final years. (Photo: Screenshot)

The India of today is not very different. Writers in Kannada, Tamil, Malayalam and Marathi face opprobrium and censure from their own communities. Manto’s lines have terrifying resonance in the polarised and soul-stifling climate we inhabit in the here and now.

For a writer, there is nothing more important than her milieu. You find your milieu and your voice, and your journey begins. Joyce and his wife Nora lived in self-imposed exile in Continental Europe. And yet Joyce could not stop writing about Dublin. Ulysses was also an accurate physical map of the city (aside from being a portrait of its people). What Dublin was to James Joyce, Mumbai was to Manto. (Photo: Book cover)

For Manto, his particular, through which he reached for the universal, was Bombay. As a character says in the film: ‘Forget Karachi, I’d find it difficult to move from Bhendi Bazaar to Grant Road’. Once Bombay is taken away from Manto following Partition, he gradually unravels.

The film doesn’t shy away from showing his drinking in the final years and yet it doesn’t damn him. He can still play affectionate games with his daughter about a ‘third kiss’, his humanity hasn’t deserted him, but he’s lost hope in his craft and his material. Pat Murphy’s film Nora, based on Joyce’s wife, in its effort to provide a feminist perspective, became a series of endless shots of Ewan McGregor’s Joyce drinking and collapsing and being an idiot. Manto is more balanced.

There are charming bits about how Manto wrote: both feet up on the chair, or how he stopped using his Parkers and Schaeffer’s and switched to pencil, or how he avoids his typewriter as he finds the clickety clack of its keys distracting. It touches upon his friendships with Ismat Chughtai, and actors Ashok Kumar and Shyam. Once Bombay is taken away from Manto following Partition, he gradually unravels. (Photo: Screenshot)

Manto, like Dickens, wrote in the language of the people; in one scene he chances upon a pavement dweller reading out his column to his friends who cannot read. In another scene all starving writers can identify with, he goes to a newspaper office looking to be paid for his column. When the editor tries to fob him off, Manto tears up the column, ensuring it cannot be published.

This is a beautifully nuanced film about the purest of writers, who believed in the power of words till his last breath: the power to mirror society and the self, as also the power to pay the bills. When Manto (Nawazuddin Siddiqui) tells his wife (Rasika Duggal): ‘I’ll write so much that you won’t starve’, she says: ‘I’m worried we’ll starve because of your writing’.

Also Read: Manto is a film of genius, audacity – and pure love

#Bollywood, #Manto, #Nandita Das, #Nawazuddin Siddiqui
The views and opinions expressed in this article are those of the authors and do not necessarily reflect the official policy or position of DailyO.in or the India Today Group. The writers are solely responsible for any claims arising out of the contents of this article.