Pesky literature snobs can rejoice as Amar Chitra Katha, Feluda and Asterix too will make a grand entry into the syllabus.

I never realised just how amazing the ICSE affiliation was until I joined a CBSE school in Class XI. The NCERT English syllabus was substandard at best. I was disappointed and I was sad. But I always did maintain some amount of elitism about having been from an ICSE school. People in Delhi did not understand how and why that could be anyone’s reason to feel proud.

My explanations would always be shot down by arguments like “you want to read more than our syllabus or what?” and I’d shut up. But now I can actually pinpoint at just why ICSE trumps all other boards of education in India.

While BJP may be trying their best to saffronise NCERT text books, and other state boards are just struggling with existence, The Council for the Indian School Certificate Examination (CISCE), according to this Economic Times report, announced for Harry Potter to be included in junior and middle-school curriculum. Take that, haters! 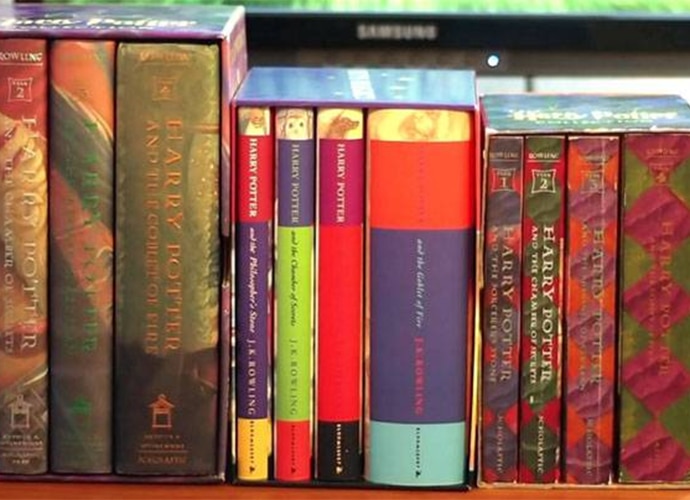 How and where can I sign up for school again? [Photo: Indiatoday.in]

I have more reasons than one to be happy about this.

First of all, imagine having to study JK Rowling’s seven-part adventure in class. It has been one of my biggest childhood fantasies. As a Potterhead, I’d ace any class where I’d get to show off my fanboyism for that book series. That is literally as close you can get to studying magic at Hogwarts!

But barring that, in a country full of Harry Potter fans who haven’t ever bothered to read the book series (it’s a travesty, I know), this will be the ultimate opportunity for young, impressionable minds to truly decipher the load of rubbish that Warner Brothers peddled in the name of the Harry Potter movies.

But that’s enough about Harry Potter, because the sheer awesomeness of this board of education does not end there. According to the ET report, the board has introduced graphic novels as well. Amar Chitra Katha, The Adventures of Tintin, The Adventures of Asterix, and American artist Art Spiegelman's holocaust saga Maus will be included in the curriculum for all classes from III to VIII.

Just take a moment and let this information sink in. Your school syllabus will have comic books in it.

And judging from the ones listed, English classes are now going to be as much fun (on second thoughts, also educational) as going to the multiplex to see a 3D movie. A lot of Indian history and mythology thanks to Amar Chitra Katha, a bit of ancient European history from Asterix, and a whole lot of modern European history from Maus.

Can you imagine school like that? And there was once a time when teachers used to confiscate our comic books.

But wait, there is more.

Students will also get to read Arthur Conan Doyle’s Sherlock Holmes, Agatha Christie’s adventures of Hercule Poirot, and Satyajit Ray’s Feluda (Bengal’s answer to Holmes); follow Bilbo Baggin on his epic adventure in JRR Tolkein’s The Hobbit, and even get to read the autobiographies of some of the greatest people who have walked the earth, including that of Anne Frank (The Diary of a Young Girl) to Malala Yousafzai (I am Malala) to that of one of India’s most illustrious presidents, Dr APJ Abdul Kalam (Wings of Fire).

The only thing that is worrisome about this syllabus, is the fact that most of these books are enormously expensive. Neither does Harry Potter, nor do Tintin or Asterix come cheap. Guess that’s something that might put a dampener on this. But other than that, how and where can I sign up for school again?

Also read - This is how we're losing the joy of reading

#Amar Chitra Katha, #The Hobbit, #Harry Potter, #Curriculum
The views and opinions expressed in this article are those of the authors and do not necessarily reflect the official policy or position of DailyO.in or the India Today Group. The writers are solely responsible for any claims arising out of the contents of this article.