The actor with the highest hit rate is...

So IMDb (Internet Movie Database) has finally come out with its 250 Top Rated Indian Movies. The list was long overdue and should have been officially released decades ago (the global list came out in 1990), but better late than never.

Here are some points to ponder about the list…

(Note: It is a dynamic list and changes from day to day; so many rankings will change after this article has been written)

Outsiders have a tendency to club every film from India as coming from "Bollywood", a big insult to non-Hindi films. There was even a controversy when CNN called Rajinikanth a Bollywood star.

So the IMDb bas made it clear that these are Indian films and not Bollywood ones. And it shows at No 2 the Tamil film Abne Sivam starring Kamal Haasan and Madhavan. At No 3 is the Malayalam film Drishyam starring Mohanlal.

Rajinikanth makes his debut at No 18 in Thalapati. Bengali film Pather Panchali by Satyajit Ray is at No 25. Telugu film Athadu hangs at 32 while latest Marathi sensation Sairat is at 41. The Kannada neo-noir crime film Ulidavaru Kandanthe is at 45.

A controversy broke out recently when Naseeruddin Shah was talking about the mediocrity of Indian movies of the 1970s and actually called Bollywood superstar Rajesh Khanna as a "limited and poor" actor. 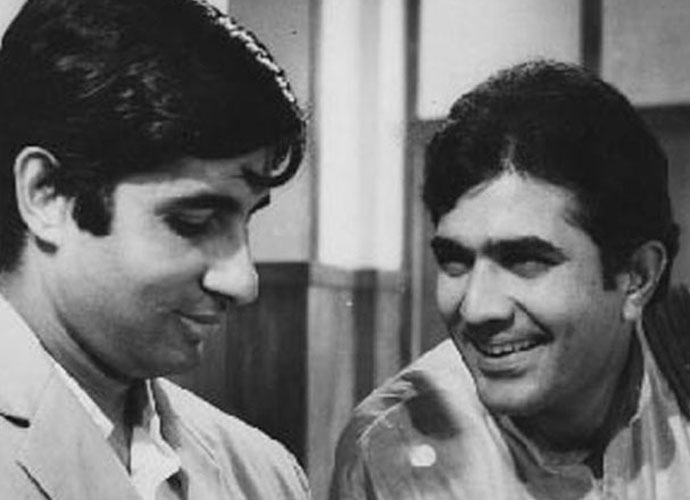 While Naseeruddin drew a lot of flak for his comment, co-incidentally the new IMDb list came out and hosted at No. 1 the film Anand released in 1971! According to this list at least, Rajesh Khanna starred in the greatest movie of all time.

Naseeruddin's classic laugh riot of 1983 Jaane Bhi Do Yaaro comes in at No 11.

3. Aamir Khan is the emperor

Aamir is on one good run. Most of the all-time blockbusters of the 2010s are his. In the international list, he is the only person who dominates from India: No 105 - 3 Idiots (2009) and No 250 - Lagaan: Once Upon a Time in India (2001). Films such as Taare Zameen Par did appear on the list but have since dropped out. 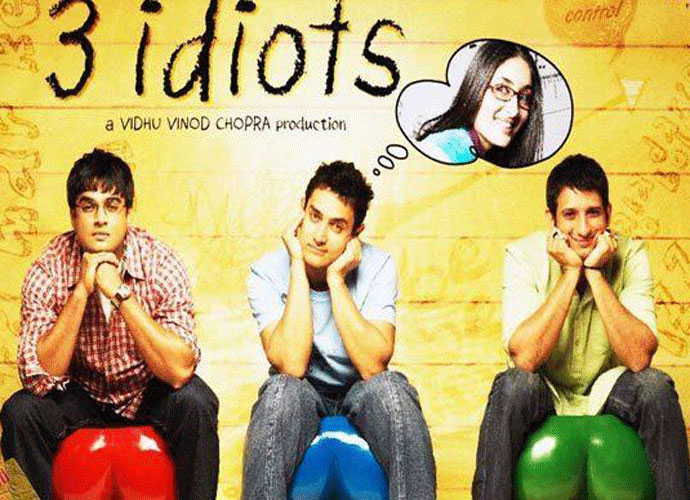 4. So how do the other Khans fare?

If there's anyone who runs Aamir close, it is Shahrukh Khan - with 15 films! But again, credit goes to Aamir because among all the superstars, he is the choosiest and has acted in the least number of films.

Salman Khan has six on the list, a number bettered by both Ajay Devgan and Akshay Kumar. Irrfan Khan is a relative newcomer compared to all of these and already has five, and should go much further.

5. The curious case of the banned film Black Friday

Anurag Kashyap's Black Friday (2007) was a highly controversial film based on the 1992-93 Mumbai riots and got held up for two years. It didn't set the box office on fire but had people all over the world talking about it.

It is high on the list at No 9. High IMDb ratings may not affect the box office, but they sure affect DVD sales and downloads. So expect movies like Black Friday to be watched by more and more people in the world.

6. The person with the highest hit rate is… Abhay Deol!

He is the not-so-famous relative of Dharmendra and famously said he would choose only films which required him not to dance and sing. With such a resolve, what chance did he have in Bollywood?

But the actor has already carved out a niche for himself. He has starred in only 14 films and guess how many have made it to the Top 250? Six. That's 40% of his films.

7. The fall of Sholay

The 1975 blockbuster Sholay comes out trumps in most Bollywood lists. But it's not doing that great in this particular list at least. It's at No 13. But then, if you look closely at the list, it's a new millennium list.

The entire 20th century has about 50-odd films while the current century hosts a whopping 200-odd! Either the Indian voter of IMDb watches only the latest movies or is not impressed by the oldies.

That way, the only common link is Amitabh Bachchan, who has about a dozen-odd movies across all eras.

8. Gulzar beaten by his own daughter

Gulzar is a legendary lyricist, music director and film director as well. He has been associated with Bollywood for more than 50 years. His directorial movie Angoor (1982) is at No 38. However, his daughter Meghna started out in the 2000s and her film Talvar (2015) sits pretty at No 24.

#Shahrukh Khan, #Aamir Khan, #Bollywood
The views and opinions expressed in this article are those of the authors and do not necessarily reflect the official policy or position of DailyO.in or the India Today Group. The writers are solely responsible for any claims arising out of the contents of this article.