By selling a kidney. By selling their soul. Not by playing their music.

How does an indie musician make money? By crossing over, maybe working in Bollywood. By selling drugs. By running a pyramid scheme. By joining the family business. By doing that long-overdue MBA. By getting a real job. By marrying rich. By stealing. By selling a kidney. By selling their soul. Not by playing their music.

No, no, I jest. There does seem to be a way. It doesn't have the romance of being 17, starting a band with your best friends, and playing your music to thousands of fans chanting your name, making 10 lakh (millions) of rupees each month till you gloriously self-combust.

That's a beautiful mirage - not just here but worldwide. But there's a way.

The independent subculture in the arts is often just this battle to preserve your integrity - and your dignity - while seeking some kind of acclaim and financial viability. You have plenty of bands who toil away for a few years before saying screw this, and then alter their childhood fantasies to fit reality. But then you also have bands like the Raghu Dixit Project, Indian Ocean, Parikrama, Pentagram, Soulmate (among the ones around for a while) that make it.

Some of the successful bands here have had crossover appeal, some have maybe made questionable musical choices or played the game a little better than others, others may have had alternative means of income as support (so let's not get into that).

But for the most part, it makes sense to work within the music industry outside of the band you play in, as a way to gain supplementary income and feed your "passion". A recent story this writer did on session musicians revealed how a lot of independent musicians - including people from bands such as the Superfuzz, Faridkot, Frame/Frame -play live/studio sessions for established, popular artists - in Bollywood or otherwise - for monetary stability, while concurrently finding time to write, rehearse, and perform their own music. 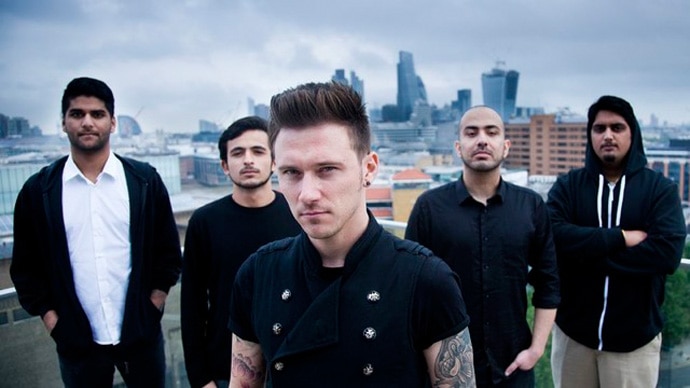 Bands like Skyharbor play nightly gigs over a period to build up a presence.

It's a delicate balance, but the means exist for anyone willing to put in the time and effort, with one live gig usually fetching anywhere between Rs 8,000 and Rs 50,000.

The figures are hazy, but album sales have never been substantial enough for bands to rely on them, especially given the cost of production. You do have a place like OKListen.com, which has been a great resource for buying Indian music, but the culture of paying for music exists in a very small capacity.

So sustainability is limited, despite the absence of evil labels hoarding profits.

In the West, where piracy and streaming are serious issues (unlike here, where they're more intellectual discussion than active concern for most bands), heavy touring seems to be the way bands make money (or break even).

They travel in rickety old vans, set up their sound, spend their own money, clash with cruel venues/promoters, crash on friends' couches, all to spread their music (in comparison, Indian bands are far more spoilt, expecting Indigo Airlines and three-star accommodation). Run it's the kid at a Hauz Khas Social gig.

They get a fee per gig, and rely on future (better) bookings and sale of merchandise. Skyharbor, a prog/metal band born in India and with international acclaim now, seems to follow this model, booking festival slots or touring Europe and, more recently, the US, playing almost nightly gigs over a sustained period of time to build up a presence. In India, independent music is barely an organised industry (although it seems to growing), while the audience is limited, so there's a glass ceiling.

But bands push their merchandise heavily, and you have support in the form of sites like Makemymerch or Redwolf.

There's crowdfunding too, a relatively new model, which allows bands to interact directly with fans, although that's more a tool to sustain yourself rather than make it big. Live gigs, which should be the one regular fixture in the life of the indie band, are a tricky thing. They could pay anywhere between Rs 5,000 (for the whole band) for a dingy pub gig to, like, Rs 50,000 for a festival slot (although bands often get a "landing fee", a lump sum amount where they have to figure out all expenses - travel, accommodation, food, substance abuse, miscellaneous). The figure sometimes goes into lakhs for the big headliner-type acts, but generally, it can't be an artist's only source of income unless you're constantly booking and playing gigs (where burnout and cynicism become a possibility given limited venues and small crowds).

It does happen of course, but there's a degree of impracticality also because big gigs tend to be seasonal here, mostly in the September-February period.

These means are only based on research done by this writer; there are presumably more - and enough bands break through the old-fashioned way as well. The larger point is that while the dream may not exist the way everyone imagined, there's an alternative route.

It involves logic, practicality, rationality, skill, and hard work, and isn't all that glamorous, but oh, well. Of course, personally, I much prefer the rock 'n' roll path of being an idiot, grinding away with pigheaded self-belief, and then either succeeding and spiralling out, or failing and spiralling out. But it's far easier to hypothesise than to actually do it.

(Or you could just become a social media manager at a midsized brand and rake in the midsized bucks.)

#Independent Artists, #Music, #Indie music
The views and opinions expressed in this article are those of the authors and do not necessarily reflect the official policy or position of DailyO.in or the India Today Group. The writers are solely responsible for any claims arising out of the contents of this article.