Think of Imtiaz Ali's movies as a map of the human heart and the director as the ultimate tour guide. In movie after movie, Ali's characters travel the country and world in search of love only to return home in a sort of How-To-Find-Love-On-A-Five-Nation-Tour. Sometimes it's Punjab, sometimes Europe.

In Jab Harry Met Sejal, it is both. Harry, Harinder Singh Nehra (played by Shah Rukh Khan) and Sejal (played by Anushka Sharma) are looking for something. In one line, of course, it's the tagline of the movie - what you seek is seeking you. But it's more than that.

In Ali's movies, the budgets have become bigger, the clothes have become prettier, the landscape more alluring, but the core has remained the same - strip all that away, and all you need is love.

Other people can make chick flicks, or movies where they think they're making what women want. Ali marches to his own tune, making the ultimate romantic fantasies for men - no I will not call them dick flicks and no, it's not what you think.

His movies tell modern young men in India a way to be, a way to become, which given the total lack of positive role models on screen in a cinema where stalking is celebrated as serenading and a punch-up with goondas a mating ritual.

So here we have Harry, a lonely tour guide who yearns to go home to Nurmahal in Punjab. And Sejal, a buttoned up, "neat and clean" Gujarati girl from a diamond merchant's family, who stays back in Europe to look for her lost engagement ring.

There is much joshing around by both of them to establish how different they are, and yes, we get the point. Harry thinks of women only as sex objects and has had a history of run-ins with women whom he has let down. Sejal is getting married soon to the man chosen by her parents and is quite content handling legal work for her family firm.

She wants to discover freedom with Harry, and Harry, well, is clearly needs an anchor. In short, he makes her feel free and she makes him feel safe (or is it the other way around?) Yes, I know, I know, we've seen some version of this before in Love Aaj Kal and in Tamasha, right? Not quite.

Ali has extracted quite extraordinary performances from his lead actors. Shah Rukh is all prickly vulnerability and fake machismo. Anushka is all cheery exterior and hidden depths. It's difficult to give the audience something fresh and exciting from actors who are so well loved and oft seen, but Ali has managed.

Shah Rukh, as the man who has to come to terms with his need for permanence plays Harry with a rare quietude and a weary acceptance. This is his fate in the world - to be a respectful tour guide to busloads of Indian tourists and show the sites of Amsterdam, Prague, Budapest and Vienna, and organise for their every need, from airplane tickets to sanitary napkins.

Anushka is a woman who is struggling with who she is, and who she wants to be, and she dials down her usual exuberance to go from pragmatic to thoughtful.

Ali's Europe doesn't disappoint. The streets are cobbled, the canals clean, the bars always full, and there are enough Slavic gangsters to lend authenticity. This time there are even Bangladeshi migrants for the desi touch. But as always the internal journey is the most fascinating. 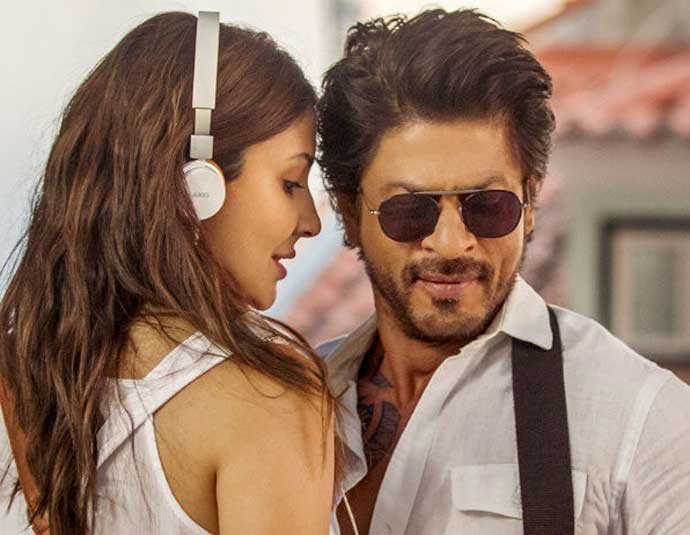 In Jab Harry Met Sejal, both Harinder Singh Nehra (Shah Rukh Khan) and Sejal (Anushka Sharma) are looking for something.

Shah Rukh goes from the chatty, street-smart, ever polite tour guide to the quieter, more introspective travelling companion. Anushka goes from being an irritating, entitled young woman to one who may well throw caution to the winds.

The songs are lilting, there's a return to the pind which is satisfying for those missing the colour and chaos of back home, and the two actors look good together and apart (can there be a petition in public interest to make Shah Rukh keep his beard?)

Can a modern man be vulnerable and strong, can he cry and be crude, can he be good and bad? Few movies answer these questions for men, or explore being anything other than the stalker/strongman or the needy man-child. Can a modern woman be playful and serious, empowered and yet desperate for attention?

Ali's movies offer the hope that love can make all this possible. At one point in the movie, Sejal says it was a dream, too good to be true. The movie feels like that too - but isn't that the point sometimes when reality is all too much to bear?

However ugly we think we are, there is always a better us. Imtiaz Ali, Doctor DIY Love, take a bow.

#Shah Rukh Khan, #Imtiaz Ali, #Jab Harry Met Sejal
The views and opinions expressed in this article are those of the authors and do not necessarily reflect the official policy or position of DailyO.in or the India Today Group. The writers are solely responsible for any claims arising out of the contents of this article.