Reboots of genre-defining works from the 1970s and the 1980s, the two shows have been updated to better reflect the times we live in.

In the seminal classic The Spy Who Came in from the Cold, John Le Carré wrote agents weren’t aeroplanes that kept a schedule. Today, spies might still not stick to a time-table but human intelligence (HUMINT) is getting overshadowed by secret information via signal intelligence or SIGINT as the bigger threat is due to nonstate actors.

In other words, cyber-espionage is a much bigger deal and, therefore, it’s not surprising that the leading characters in Condor and Jack Ryan, currently two of the more popular spy thrillers on television, are primarily data analysts who chance upon something way bigger than job profile.

Both are reboots of previously popular and even genre-defining works from the 1970s and the 1980s. Although they have been updated to better reflect the times we live in, unlike the recent bevy of television adaptations of classics from yesteryears Condor and Jack Ryan are great throwbacks at the way onscreen spies used to operate back in the day.

In a clear departure from the likes of Westworld, Bates Motel and Fargo that seem to completely overhaul the originals that inspired them, Condor and Jack Ryan are more faithful to the original source material. It’s interesting that despite the world of counter-intelligence and espionage undergoing a massive transformation, spies on screen seem to remain the same.

The rampant manic paranoia of the 1970s that was reflected by films such as Klute (1971) and The Parallax View (1974) best culminated in Sydney Pollack’s Three Days of the Condor (1975), and in Condor the action still concerns the individuals within the intelligence community fraught with moral battles.

The extra layer in the form of the line between the government’s actions and big business getting blurred allows Condor to retain the right elements from the past and update them just enough. On the other hand, Jack Ryan is an amalgamation of the adventures of the character created by Tom Clancy and previously seen in five films namely, The Hunt for Red October (1990), Patriot Games (1992), Clear and Present Danger (1994), The Sum of All Fears (2002) and Jack Ryan: Shadow Recruit (2013) but set in world that is far removed from the Cold War era.

Ryan in Jack Ryan is played John Krasinski and is a former Marine who unearths the biggest terror plot since of Osama bin Laden’s attack on September 11, 2001, and uses technology to zero in on the mastermind. 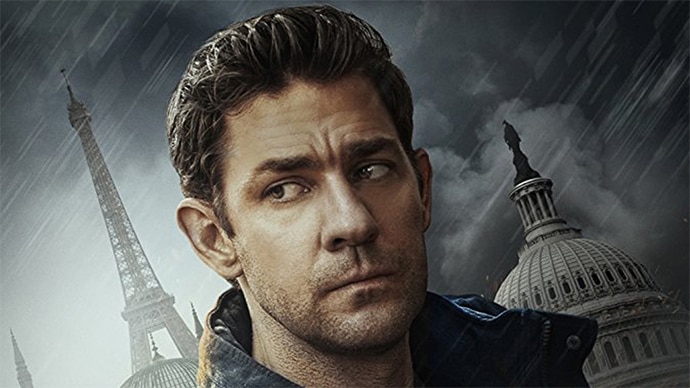 One of the best parameters to gauge the greatness of a film or television series is its ability to capture the zeitgeist and yet be able to transcend the era it’s set in.

In this aspect, Condor more than manages to retain the essence of its inspiration Three Days of the Condor (1975), which was based on the novel Six Days of the Condor by James Grady. Pollack’s film best imbibed the psychosis of the Nixon era where a CIA analyst (Robert Redford, forced to go on the run after he becomes the lone survivor of an assassin’s attack on his entire office, can’t help but endlessly wonder who is after him.

Jack Ryan’s focus on CIA officials coming face-to-face with the ‘next’ Osama bin Laden also plays on the emotions of past mistakes when they ask themselves how far are they willing to go to stop the abject evil that stares them in their face.

Nothing fires the spy thriller as much as the current-day socio-political scenario and this is more than evident from shows such as Condor and Jack Ryan. In India, too, a recently released web series called Zindaabad tried to capture the changing scenario of espionage but its decision to continue to be inspired by the fiction of past cast a shadow on how it interpreted the reality of the present.

By comparison, Three Days of the Condor essentially revived the fears of McCarthyism in the 1950s’ America where making accusations of subversion or treason, at times even without proper regard for evidence, were commonplace.

In the same way, Condor somewhere tries to tap into the fears of the post-Trump America where from the looks of it anything goes. One wouldn’t be totally incorrect in assuming that the actions of the typical trigger-happy all-American Joe characters in Jack Ryan somewhere seems to be a near judgment on the current dispensation.

Post your comment
#TV, #Spy thriller, #Netflix, #Amazon
The views and opinions expressed in this article are those of the authors and do not necessarily reflect the official policy or position of DailyO.in or the India Today Group. The writers are solely responsible for any claims arising out of the contents of this article.