Will Jolly LLB 2 give Bollywood another hit (after Raees, Kaabil and Dangal)?

It has been a great start for the film industry.

The year 2017 has started with a bang for Bollywood, post the demonetisation juggernaut. While Shah Rukh Khan’s blockbuster Raees became the first movie of the year to enter the Rs 100 crore club, Hrithik Roshan’s Kaabil was not far behind.

By now, Raees has grossed more than Rs 150 crore and is slowly and surely inching towards the Rs 200 crore mark, both nationally and internationally. In fact, its international collections keep piling up. In Raees, SRK plays a don from the 1980s. The film, featuring Nawazuddin Siddiqui, Pakistani actor Mahira Khan, and the sizzling Sunny Leone, was the perfect start to the year.

On the other hand, Kaabil joined the Rs 100 crore club recently. Though it is unlikely to go much ahead; it has managed to hold its own despite predictions from naysayers that King Khan would swallow up Hrithik every bit. And there was history to back their claims. When Mohabbetein and Mission Kashmir clashed, the latter went up in smoke.

But in this case, it has been a win-win situation for both. Despite being released on the same date (January 25), both movies were successful - wonderful news for a Bollywood that had seen the box office take a hit post demonetisation.

In fact, if anything, Akshay Kumar’s Jolly LLB 2 is reaping the benefits of the momentum and has been doing well since its release on February 10; it may soon join the Rs 100-crore club. Raees and Kaabil laid the foundation for the success of the film. As and when Jolly LLB 2 joins the club, it will be the fourth movie this year to enter the exclusive club, including Aamir Khan’s Dangal. That’s a cracker of a start. 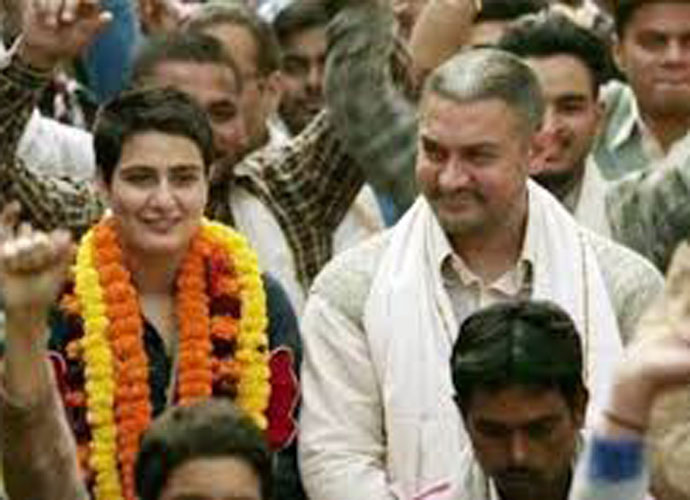 In fact, the credit for building such momentum would go to Dangal, which is now eyeing the Rs 400-crore club and has broken several Bollywood and Indian cinema records till date. Although it was a Christmas release last year, it should be counted as this year’s film since the majority of its business happened in 2017.

Dangal broke box office records in a tumble. The movie collected Rs 100 crore within three days on its opening week and the rest is history. It soon entered the Rs 200-crore club, followed by the Rs 300-crore club, going on to become the biggest Bollywood blockbuster of all time.

Despite demonetisation, Dangal took Bollywood out of its slump when industry pundits had predicted a lukewarm response. The movie did exceptionally well in both domestic as well as international markets, along with receiving universal acclaim.

Overall, Bollywood has had a wonderful start to the new year. Now, what it needs to do is consolidate in the middle overs. There are already a bunch of Bollywood and Hollywood movies getting released. Let's see if the solid foundation leads to a run fest for the Hindi film industry.

Also read: Both Raees and Kaabil are a success, so what's the fuss?

Post your comment
#Dangal, #Raees, #Jolly LLB 2
The views and opinions expressed in this article are those of the authors and do not necessarily reflect the official policy or position of DailyO.in or the India Today Group. The writers are solely responsible for any claims arising out of the contents of this article.