There could not have been a better option than Akshay Kumar to play the small-time lawyer.

Unlike life, films proffer a second, a third and even a fourth shot to not just reimagine an idea but also try endlessly to make things previously good or bad a tad better. Move over remakes, big-ticket reboots are finally here. Usually indicating a complete overhaul of the source material, a reboot differs from a remake by being vastly different from the original. And with just the title remaining along with the principle character, it basically also suggests starting from scratch.

Reboots are not an uncommon phenomenon in Hindi cinema. Production houses such as the Mukesh Bhatt’s Vishesh Films have been doing this successfully for years where a franchises such as Raaz or Aashiqui are reconceptualised with somewhat similar plot elements and story lines, etc, are presented to the same audience but now with Jolly LLB 2, which is both a sequel as well as a reboot, the idea seems to have finally arrived in its full glory.

Looking at the trailer of Jolly LLB 2 where Akshay Kumar plays the titular role, one is convinced that there could not have been a better option than Kumar to play the small-time lawyer who would take on the state. And, just then the images from the original version where Arshad Warsi excelled as the slacker Jolly who files a PIL against a bigwig lawyer (Boman Irani) come to mind. Wonderful as the original was would you even bother with the sequel had it not featured, for the want of a better word, a bigger star.

The difference a reboot promises to make is that an average viewer gets intrigued even though there might not be anything substantial left to explore in a story. Simply put, the reimagining of Jolly LLB with a better production quality is what makes the whole prospect inviting. Known for his comic timing and his finesse for delivering ordinary lines as the funniest thing one would ever hear make pitch perfect for Jolly LLB. The writer-director of the original, Subhash Kapoor, would not have had any trouble persuading Kumar to step into Warsi’s shoes thanks to the success of the first film but at the same time, it is simply impossible to picture Kumar in the original. In fact, had Kapoor approached Kumar for the original, Kumar, too, for his part might have refused as the film did not have the kind of scope that Kumar could have pictured himself in. Wonderful as the original was would you even bother with the sequel had it not featured a bigger star. [Photo: Screengrab]

Juxtapose this with the new Tom Cruise film, which is a reboot of the Brendan Fraser film The Mummy. Cruise plays a military leader trying to stop the eponymous Mummy from destroying London and one look at him and you know he was born to play the role. The reason to get Cruise, one of the biggest film stars in the world to reprise a role that was Fraser’s calling card, is simple — Cruise’s presence will ensure a massive box office opening and make the whole franchise a better business proposition that in turn would help it kick off the massive cinematic universe that Universal Studios is planning for its ‘monsters’.

Bollywood has been toying with the idea of exploring the reboot template in a big way for a while now. There have been murmurs of Yash Raj Films reinitiating the Dhoom series with younger stars such as Ranveer Singh and Sushant Singh Rajput instead of Abhishek Bachchan and Uday Chopra and when Sanjay Dutt was incarcerated there were rumours of Vidhu Vinod Chopra and Rajkumar Hirani rejigging the Munna Bhai series with Aamir Khan and Sharman Joshi as Munna Bhai and Circuit respectively. Of course, the latter was nothing more than PR machinery feeding the grapevine, but looking at how things are going it might be a matter of time before A-list reboots become more common.

In Akshay Kumar’s case Jolly LLB also gives him the possibility of exploring a new franchise. Kumar has already had successful series with Awara Paagal Deewana (2002) and Hera Pheri (2000), but like Ajay Devgn’s Golmaal series these are not the kind of franchises that Kumar could carry on doing beyond a certain age. The kind of character that advocate Jolly is makes him someone that Kumar, like Peter Sellers and his Pink Panther series, could partake on for decades to come. 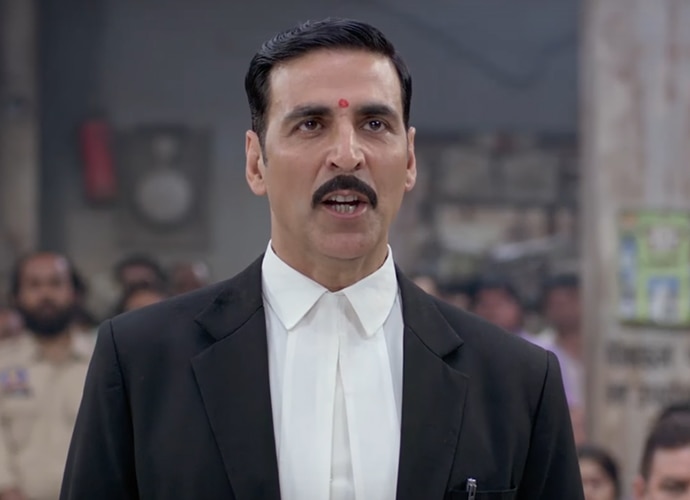 One is convinced that there could not have been a better option than Kumar to play the small-time lawyer. [Photo: Screengrab]

Like all reboots, Jolly LLB would try to be different while at the same time being the same just enough for us to give it a chance. Yet like Heraclitus said no man ever steps into the same river twice for it is not the same river and he is not the same man, would we have cared about the new Jolly as much had we not met the older Jolly?

Also read - Dangal is a step forward, even though not an ideal one

#Akshay kumar, #Reboot, #Sequel, #Jolly LLB 2
The views and opinions expressed in this article are those of the authors and do not necessarily reflect the official policy or position of DailyO.in or the India Today Group. The writers are solely responsible for any claims arising out of the contents of this article.