Kangana is downright arrogant. Let's not make her a heroine

In India we play, misuse, manipulate the woman card all the time.

Too much arrogance is destructive for anybody.

The society has been crowning Kangana Ranaut as the "Queen" of Bollywood. She won the national award for the third time for her acting brilliance. Her journey from a small town in Himachal Pradesh to Bollywood superstardom is not only extraordinary but an inspiration for generations to follow.

Also read - Kangana unplugged: There's nothing in my life that can put me to shame

The society envies her because she is living a man's life in a woman's body - an aspiration more than inspiration for the profoundly awestruck women who can't stop supporting her in the name of feminism. And Kangana never shies away from admitting her ballistic nature. 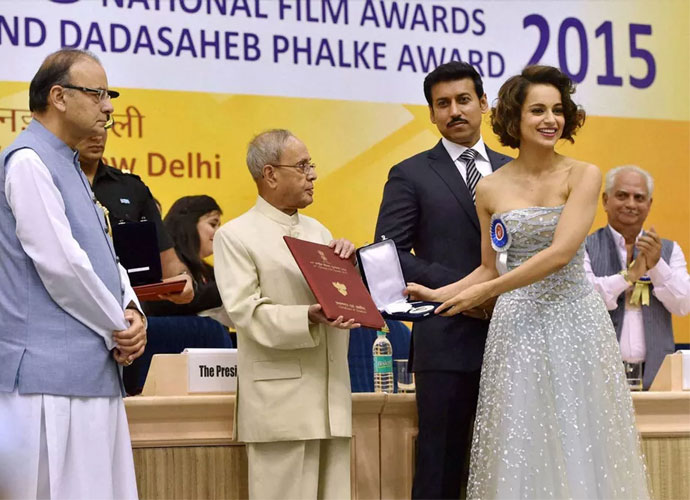 Also read: If she's successful, sexually frank like Kangana, she must be a witch?

Yet, the kind of support women receive online is difficult to match. And it's true not just for Kangana.

Jasleen Kaur's case over a banter at a traffic signal is a recent example of such internet-only feminism. Leave alone finding out the complete truth, no one even cares to hear the man's side. We have a tendency of making girls heroines because it is new for us that girls are breaking social norms. This always carries with it the risk of some of them misusing our faith and misleading us.

US presidential candidate Donald Trump recently accused his opponent Hillary Clinton of using the woman card. He must visit India soon or look at the Twitter trends in India to know that we play, misuse, manipulate that card all the time here.

Also read: If Kangana is a witch, so are all strong and fearless women

Now, I understand the matter between Kangana and Hrithik Roshan is no more an issue of right or wrong; it has become the biggest ego war of Bollywood. It is turning out to be uglier than the Vivek Oberoi-Salman Khan tussle, in which many ugly truths of the glamorous film industry tumbled out.

That incident had had its consequences as has the recent one. In the recent one, some people got an opportunity to step out of oblivion to give an account of their relationship with Kangana. It was also rumoured that Zarina Wahab had left home as a revolt to her husband Aditya Pancholi's statement over the matter. Pancholi is known to have been in a relationship with Kangana before, as did Adhyayan Suman, who had some scathing comments on Kangana.

Now, Kangana had accepted in past interviews of being intimate with married men. We either have short memories or perhaps the new age feminism doesn't consider that as sinful anymore. Mumbai Police have been complaining of Kangana's non-cooperation.

I think we are purely taking sides here based on gender and overlooking the fact that no one is a "doodh-ka-dhula" (free from guilt).

#Adhyayan Suman, #Hrithik Roshan, #Kangana Ranaut
The views and opinions expressed in this article are those of the authors and do not necessarily reflect the official policy or position of DailyO.in or the India Today Group. The writers are solely responsible for any claims arising out of the contents of this article.