Karan Johar reveals why he wanted to have children

[Book excerpt] I think it’s self-acknowledgement. It’s coming to terms with everything.

These days, I find I am always staring at old people. I never used to do that before. I am always looking at men and women on wheelchairs and at the family that surrounds them. I am in and out of hospitals because my mother sometimes keeps poor health.

I am drawn to these visuals much more now than I ever was. Previously, when I was younger, and looked at a person in a wheelchair, I might have stared a bit but then looked away because I had my own life to deal with.

Now I think, would I be on that wheelchair two or three decades later? And if so, who’s going to be wheeling me in and out? These thoughts are scary. Then I wonder—do I want a child just because of my needs?

I think it’s self-acknowledgement. It’s coming to terms with everything. It’s not living a lie any more. It’s not living a fake existence. It’s acknowledging your issues and addressing them for yourself, if not to anybody else. I think that’s what I’ve done. I’ve let go. Like when I spoke about Kajol. I’ve let go. I’m removing a lot of emotional clutter. There were some people absorbing my life, I don’t want them around any longer. Out.

With my mother, it’s quite a lot of guilt now. I feel I’m combating it on a daily basis. I feel I’m not giving her the kind of time I should be. She’s alone and gets lonely, and I don’t know what to do about it. Sometimes I try and run away from the sadness of it. Sometimes when I see my mother looking sad, I feel if I sit there I’ll get sad too, so then I avoid it, which is not right. 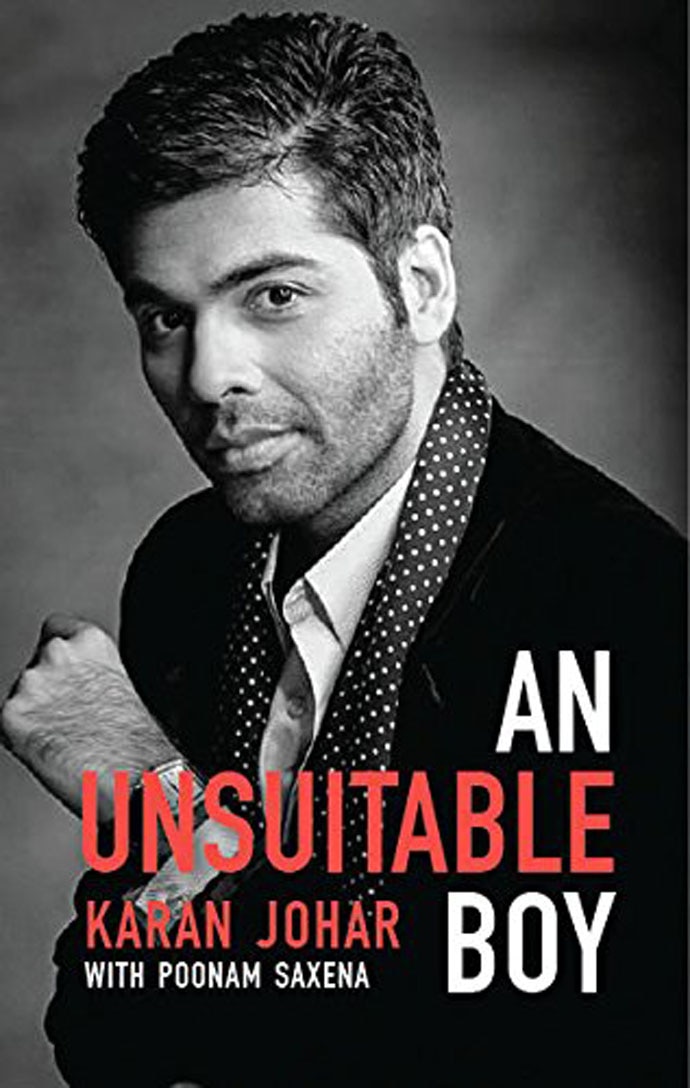 I’m not giving her the kind of support she needs. Yet, I’m the best son in the world, according to her, because I’m always there. I live with her. I’m forty-four but we live in the same house. So there are always the morning and evening chats. I probably give her more time than any other son gives his mother in this industry, but it’s still not enough for her and it’s certainly not enough for me. Recently, I’ve been trying to address it. I keep complaining to her: "Mum, you’ve lost that zing and that zest which you used to have."

I don’t blame her at all because all she now has to live for is me. And if I tell her about my stress she’ll get really stressed, so I always act happy around her. Sometimes when you reach home your guard drops, but I can’t allow my guard to drop in front of her because the moment she sees me vulnerable, sad, low or fatigued, she will get very disturbed.

If I tell her I have a bad stomach, she’ll call me five times a day. So I can’t tell her anything. I hate being sick, because the three days I’m in bed with a viral or whatever, she’s really stressed out. My relationship with my mother is exceptional. We’re very close. My love for her is very emotional.

She doesn’t like to get out of the house much, so I feel very bad that she’s not able to enjoy the happiness that my life can provide for her in terms of, say, travel. She travels rarely, her health issues restrict that.

She travels with her friends when we’re on film shoots, and stays with us, and becomes part of the crew.

But there’s a lot of guilt from my end, and I feel that guilt makes it worse; it distances me even more and I feel very sad about it because I feel like I should be there for her much more. She still misses my dad a lot. I don’t think there’s any reduction in that feeling.

Over time, you become habituated to living without your partner, but they had such a good, strong marriage, and they were so close to each other, such good friends and such soulmates and companions.

They both laughed at the same jokes, and watched the same shows on television. He would talk to her in a certain way which even now she recounts. She talks to his photograph almost every other day.

She has a big photograph of his in her room and she talks to him. She complains about me, I think! But she also tells him how proud she is. I’ve walked in many times when she’s in mid-conversation with him.

#Section 377, #Bollywood, #The Unsuitable Boy, #LGBTQ
The views and opinions expressed in this article are those of the authors and do not necessarily reflect the official policy or position of DailyO.in or the India Today Group. The writers are solely responsible for any claims arising out of the contents of this article.

The author is a filmmaker based in Mumbai.