Laxminama: How religion and trade shaped each other, and human civilisation

[Book extract] Business in India blossomed always in tune with liberal religious thought, where profit and credit had its sanction in all religious texts.

Empire, trade and religion — three major forces have been almost equally responsible for shaping human civilisation. Yet, the politics of empire still dominates our history books.

Unlike China and much of the west, society, rather than the state, has been the cornerstone of Indian civilisation. Irrespective of political upheavals, India has always been an open market, welcoming traders from far-off lands, promising them a fair bargain. Indian entrepreneurs developed their own sophisticated institutions and instruments and wide community-based networks. This open, liberal and robust ‘bazaar economy’ thrived unhindered till the advent of European trading companies, who first brought the notions of monopoly and state controls. 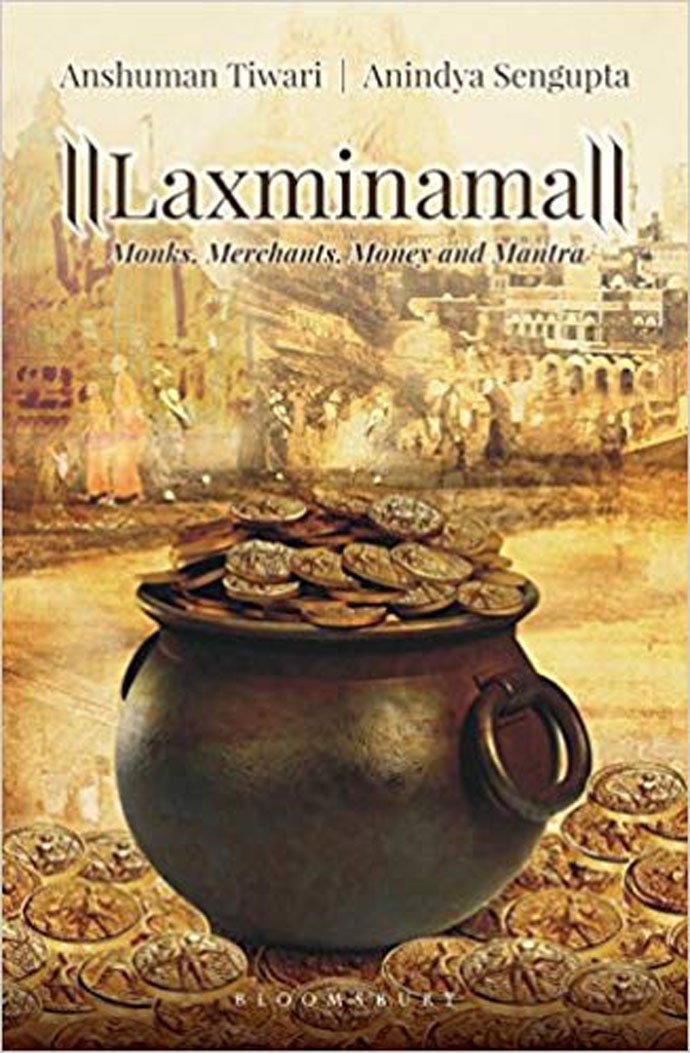 Laxminama is the history of India’s epoch-making synergy between religion and trade.

Business in India blossomed always in tune with liberal religious thought, where profit and credit had its sanction in all religious texts. Indian intellectual tradition has always fostered the spirit of questioning — thus, seekers have always challenged the status quo. All the Indic religions thrived through their openness rather than by sticking to a single book.

How, for centuries, this open market and liberal religious outlook nurtured each other — that is the story of Laxminama. Told through a medley of stories mined from religious literature or weighty academic tomes, this is the saga of India’s socio-economic power that has characterised not only India’s vibrant pluralistic society, but also much of global history.

Laxminama is the history of India’s epoch-making synergy between religion and trade, a first of its kind.  This is the untold story of India’s geographies, products and pioneers. This is an unforgettable album of heroes, who championed game-changing ideas at the intersection of faith and enterprise.

Presenting an excerpt from the book, co-authored by Anshuman Tiwari and Anindya Sengupta, with permission from Bloomsbury.

Gobekli Tepe (literally Potbelly Hills), situated in South-Eastern Turkey near the Syrian border, is now acknowledged as one of the archaeological wonders of recent times. As it sat for centuries overlooking a prosperous countryside, culminating in the city of Urfa (ancient Edessa), it concealed in its ‘belly’ perhaps the oldest known temple of human history.

Before we delve further into the history of Gobekli Tepe, it would not be out of place to recall that Urfa was the hometown of Abraham, who is regarded as the progenitor of three important religions — Judaism, Christianity, and Islam.

Gobekli Tepe was excavated for the first time in the 1960s, when the archaeologists, assuming it to be a vast medieval burial complex, abandoned the site. Around two decades ago, a German archaeologist, Klaus Schmidt, for the first time connected the limestone fragments scattered there with nearby Neolithic sites. But he and his team did not have the slightest idea that they had stumbled upon the earliest and one of the largest temple complexes ever built.

Once they started clearing the site, they came across the first T-shaped stone pillar, reminiscent of Britain’s Stonehenge. These pillars with an average height of 16 ft and weight of more than 60 tonne were arranged in a circular fashion, again like the Stonehenge. The largest pillar found so far towered at 65 feet, and some of these pillars have carved images of dangerous beasts, vultures, and scorpions.

These pillars were chiselled with stone hammers and other stone tools, long before metal tools were invented. Scientific investigations have come to the conclusion that this gigantic stone cathedral is 6,000 years older than the Stonehenge — which means it was erected nearly 11,000 years back. The cathedral at Gobekli Tepe is like the Stone Henge — only 6,000 years older.  (Photo: Wikimedia Commons)

A ground-penetrating radar survey revealed that the site, spread over 22 acres, has 16 huge Stonehenges buried beneath it. It must have taken generations of workmen to complete this gigantic monument. If the archaeologists continue their dig at the present speed for the next 50 years without a break, they would be able to unearth just a fragment of this humongous temple.

Lack of tell-tale signs of human habitation (domestic fire, garbage dump, building foundations, etc.) confirms that it was just a temporary meeting place for the nearby communities, most probably a temple or a place to leave dead bodies (motifs of carrion birds and venomous animals are possibly indicative of that) and subsequent ancestral worship. Archaeologists, however, found a large number of animal bones with signs of slaughter — perhaps sacrificed at the altar. This hints that the temple site most probably belonged to hunter-gatherers.

The wonder of Gobekli does not stop at its antiquity or its mammoth size. Within a few kilometres of Gobekli Tepe, archaeologists have found the earliest signs of domesticated wheat cultivation, which started at least 500 years after the temple construction began (about 10,500 years ago). Within the next 500 years, they were able to domesticate pigs, sheep, and cattle. For a long time, it was believed that large man-made structures emerged only after primitive farming communities could gather enough organisational ability and produce economic surpluses to build and sustain such structures.

Gobekli Tepe, located within the fertile crescent of human civilisation, stands testimony that massive food requirements for the labourers assembled there for many decades, if not centuries, directly led to the transition from foraging to settled agriculture. In other words, to paraphrase an archaeologist associated with the excavation at Gobekli, ‘socio-culture led to agriculture’. 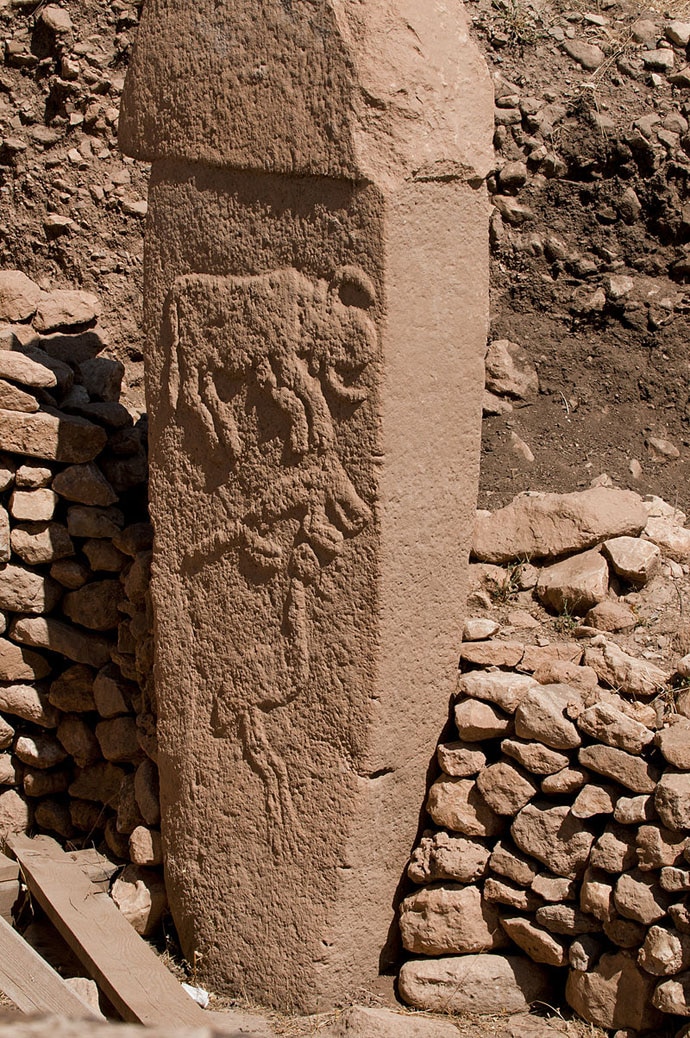 A third-generation priest of a large medieval South Indian temple complex, or a fourth-generation Imam of an East Bengal Sufi dargah, would have laughed at our ignorance —without even knowing the history of Gobekli. They would have asked, who brought the farmers here? When my predecessor was granted this brahmadeya or inami iqta, this was a barren land…..they came and settled and prospered here because this temple/dargah showered its benevolence on them.

Are we God’s creation or is God our greatest invention? Is it possible to think of organised, large-scale religious practices without an organised society and stable means of production? What is religion without its temples, rituals, texts, and icons? What are the contributions of major religions beyond their churches, mosques, and temples?

A human mind is immensely complex — it has a unique ability to conjure up images and concepts which do not exist in the physical world. Researchers looking for an explanation of incredible human triumph over the last 10,000 years in defeating every natural challenge are increasingly converging on ‘cognitive revolution’.

Engaging simultaneously with anthropology, philosophy, and psychology on the one hand and analysing religious beliefs, practices, and attitude on the other, cognitive science of religion is one of the millennial branches of knowledge.

Amidst the vicious cacophony surrounding religions in today’s world, it is difficult to imagine that the concept of religion itself had emerged from that same depth of human cognition from where our speech and language took shape.

But this science tells us that to connect with others is an innate human tendency, and religion itself was invented from man’s constant urge to connect better with fellow human beings.

Also read: Eight poets, one city they loved and lived in: 'Beloved Delhi' is a fresh look at a city much written about

#Politics, #Trade, #Religion, #Laxminama
The views and opinions expressed in this article are those of the authors and do not necessarily reflect the official policy or position of DailyO.in or the India Today Group. The writers are solely responsible for any claims arising out of the contents of this article.