Not all women are blameless – why slam only the Harvey Weinsteins?

It takes two to tango - even in a casting couch scenario. The women who first say 'yes', and complain later, only helped a crime go on.

Picture this: A seeks a sexual favour from B in lieu of offering a job to the latter. B accepts – and takes the job.

Years later, B reveals the story in the media on how A manipulated and exploited B – all hell breaks loose.

A is a horrible, horrible person, is certainly in the wrong, should be condemned in the harshest possible words, and punished by the law. I don’t think there is any dispute in our minds about this.

However, is B one hundred percent right here?

Should B get to take a moral high ground while blaming A only at a later stage?

Please mark my last four words in the previous statement – “at a later stage” – and not when the sexual favour was sought, but after fulfilling the demand.

Also let me state that this discussion includes all genders when I say “A” and “B”, which means that A and B can also be of the same gender. However, as largely the case is, and for the sake of simplicity, we may want to consider “A” to be a male and “B” a female.

I am also considering all kinds of job market scenarios in the case. I don’t see any reason why this would be limited to a particular domain of work. However, again, as frequently seen and for the sake of the argument, we may want to consider the film industry across the world as a case in point here.

The skeletons of the “casting couch” from the dark and secure closets of cinema industries world over, have been tumbling out in recent times, much more now than ever before. In the recent past, from the Harvey Weinstein case in Hollywood to actress Sri Reddy's stripping protest in Tollywood have all got me thinking. Uma Thurman wrote an angry post addressed to Harvey Weinstein – but years after he allegedly molested her.

The question we need to ask here is – while the person who sought sexual favours played dirty, did the other person, who provided the favours, play clean?

To my mind, the answer boils down to one fundamental question – Did the other person have a choice to say “no”, when she was asked for sexual favours?

If the answer to the above question is “no”, then I would say she is a hundred percent right from her side.

However, if the answer is “yes” – that she had a choice and yet, she signed up for this – then I’m afraid I can’t say the same thing about her now.

Isn’t it logical to ask – how does one give consent and, at the same time, become a victim? Based on what logic?

There are people who would now want to argue that forced/coerced consent is no consent after all. Certainly, I agree, which is why I brought in the logical question of choice. There was a choice to walk out of it, to not do what was asked of you. The casting couch isn’t a crime committed at gunpoint. If it is forced, with no choices left for the victim, then it is rape. But the casting couch isn’t a scenario wherein there are no other alternatives available to the victim. Here, the dreadful man, who is demanding sexual favours, is offering a dirty “conditions apply” barter business. Gwyneth Paltrow revealed her ex Brad Pitt wanted to kill Harvey Weinstein after he reportedly molested her in the '90s. But is that enough?

Yet, he isn’t in charge of the outcome of it. All he can do is to lay out such illegitimate demands.

The pressure on the other person is that of her aspirations – which then moves her to make that choice.

Aspiration has the propensity to become a powerful weakness, more so in the world of riches and glamour where both great fame and money are on the anvil. Blinded by the charm of it all, many men and women would go to all possible extents. Then, there are those as well who would differentiate between sane and insane choices and let go of the latter ones. And then, there are people in positions of power who would encash other people’s aspirations. They want to bend the rules and trash morality – and by signing up for such appalling deals, the victims let them win. 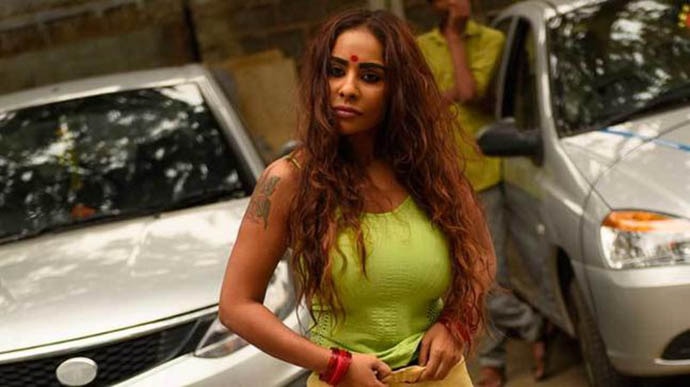 The Sri Reddy event forced many to think, how does one give consent to the casting couch – and, at the same time, become a victim?

Beyond the casting couch, beyond nepotism, there are legitimate ways available to enter this glittering world of fame and success. I would find it extremely hard to believe it, if anybody is saying otherwise.

Of course, the rightful paths may be more challenging. On the other hand, I believe that in this entrepreneurial world, one loaded with so many digital avenues to showcase one’s talent and to leave one’s mark, perhaps there are even more ways to enter this industry today than ever before. "I had a bad experience with Harvey Weinstein...and chose never to work with him again and warn others when they did," Angelina Jolie once said. But whom exactly did she warn?

At this point, it is also important to take into account the women who made a difficult choice and said “no” to giving sexual favours in order to get a job. They are the real heroes. They opted for paths that won’t lead to a “compromise”. These women took a stand against the casting couch. And sadly, every woman who said “yes” to the casting couch, when she had a choice to say a “no”, weakened this very stand. In an op-ed piece on Weinstein for the NYT, Lupito Nyong'o wrote she didn't know how to proceed without jeopardising her future

Not only that, these women also became partners in crime by killing meritocracy, by making sexual favours a part of this “undocumented” contract.

When you don’t stand up against evil, you end up making it a norm.

When you further subscribe to feeding such evil, you end up making it more powerful and mightier than before. Daryl Hannah said she suffered repercussions after rejecting Weinstein's advances –  made in the 1990s. It took her a while to disclose this Without an iota of doubt, we must cleanse this – and every industry marked by this malaise – of sexual exploitation. It is a good thing that finally, there are voices which are unmasking the sexual predators of this world. This needs to happen, but along with a sense of confession – that I too made the wrong choice.

Henceforth, won’t it be far better to save your house from catching fire rather than screaming “Fire! Fire!’’ after having given your own consent to light it in the first place?! I understand one’s career is very important, but can someone have it both ways – give sexual favours today when it suits him or her, cry foul over it tomorrow when it suits him or her?

There is no doubt in my mind that A is the ultimate source of this problem. And in no way am I shifting the blame from A to B. But at the same time, I am also questioning – doesn’t the very consent given by B fall second in line for accountability in the case of the casting couch?

Also read: Morgan Freeman is a creep and it's no surprise

Post your comment
#Harvey Weinstein, #Sexual harassment, #Casting Couch, ##MeToo
The views and opinions expressed in this article are those of the authors and do not necessarily reflect the official policy or position of DailyO.in or the India Today Group. The writers are solely responsible for any claims arising out of the contents of this article.

Ravinder Singh is a best-selling author. His latest book is 'Will You Still Love Me?' Ravinder has an MBA from the Indian School of Business, Hyderabad. Before he turned to writing full-time, Ravinder worked in IT and the corporate world.