Even tall egos crumbled in front of Rafi

[Book extract] It was a golden era when the greatest singers, actors, lyricists and music directors came together.

Nitin, the eldest son of the legendary singer Mukesh and a playback singer himself, pointed out that there was great mutual respect and admiration between the singers in the "Golden Era"; the chemistry and bonding they shared, the way they appreciated each other’s achievements, made them bring out the best in each other, not as competitors, but as comrades.

Nitin said, "In Hinduism, we believe in 'Ek Swarna Yug' (a Golden Era). It was perhaps due to some kind of divine plan that all those blessed with great acumen, be it in music or acting, came together during that particular time. Eminent singers like Talat Mehmood, Hemantda, Rafi Sahab and papa (Mukesh) came at the same time. The greatest lyricists were also around during that time. And so did the best of actors such as Dilip Kumar, Raj Kapoor, Dev Anand and Guru Dutt, amongst others, and the best of actresses such as Madhubala, Meena Kumari, Nargis, Waheeda Rehman and many others, (also) entered the industry (at that time). Then there were the greatest of music directors such as Naushad Ali, C Ramchandra, Husanlal-Bhagatram, Ghulam Mohammad, SD Burman and Shankar-Jaikishan, again, amongst several others. This could not have been possible without some divine intervention.

"Interestingly, there was no competition amongst them. They were all genuinely appreciative of each other’s work and accomplishments.

"In Andaaz (1949), unlike the usual trend, Rafi Sahab sang for Rajji and my father sang for Dilip Sahab. The spirit that prevailed was only to excel.

"I remember when Rafi Sahab sang ‘Din Dhal Jaaye’ (Guide, 1965), papa got very emotional and called him up saying, 'Rafi miyaan, kya gaaya hai apne ye geet, aisa koi gaa nahin sakta. (How beautifully you have sung this song; no one else could have sung this way.)” All through my childhood I have seen him personally appreciating Talat Sahab, Mannada, Kishoreda and others."

"I used to accompany papa to all his concerts since the age of nine, even if that meant bunking school. I would want to sing papa’s songs such as ‘Dil Jalta Hai Toh Jalne De’ (Pehli Nazar, 1945), ‘Yeh Mera Deewanapan Hai’ (Yahudi, 1958), ‘Jaane Kahaan Gaye Wo Din’ (Mera Naam Joker, 1970). But papa would rather make me sing Rafi Sahab’s songs, ‘Yeh Mera Prempatra Padh Kar’ (Sangam, 1964), ‘Badan Pe Sitaare’ (Prince, 1969), ‘Aaja Aaja Main Hoon Pyar Tera’ (Teesri Manzil, 1966). He felt that Rafi was a superlative singer and would say, 'Agar Rafi ke geet gaa sakoge, to kisi ke bhi gaa paoge. (If you can sing these songs of Rafi, you will be able to sing any song.) In a stage show, after singing some of his songs, he would smilingly announce, “Dekhiye, bhaiyo aur beheno, yeh Mukesh ka beta hai aur gaane Rafi ke gaata hai. (Ladies and gentlemen, here is my son, but he sings Rafi’s songs.)” This was the greatness of a large-hearted singer and father, Mukeshji. He wanted me to be seen as a versatile singer and for that, he found no one better to emulate than Rafi." 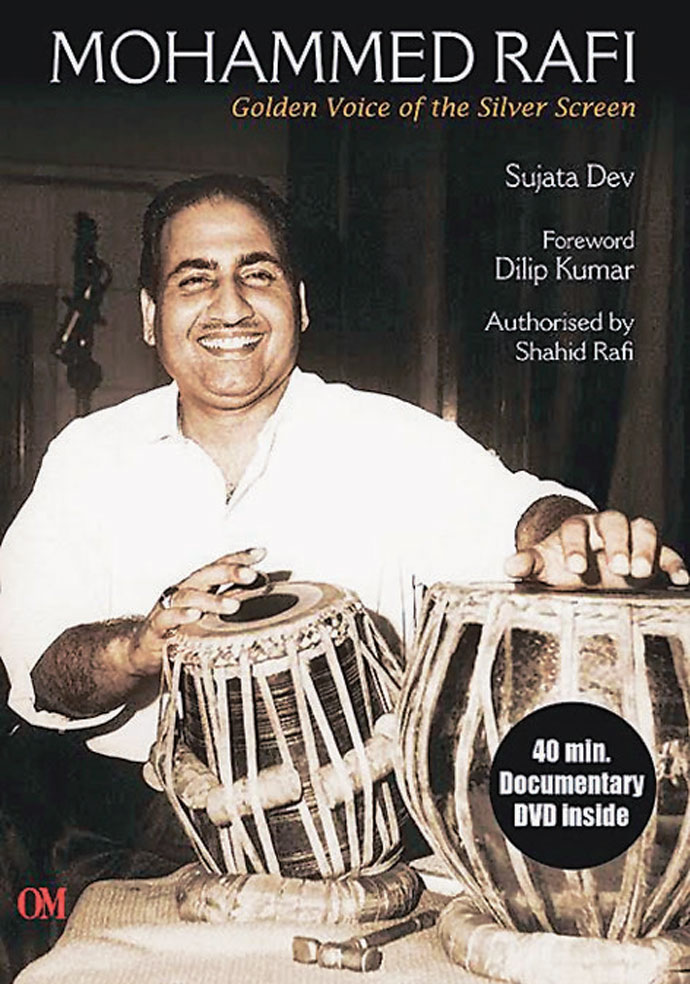 Post your comment
#Book Extract, #Bollywood, #Mukesh, #Mohammed rafi
The views and opinions expressed in this article are those of the authors and do not necessarily reflect the official policy or position of DailyO.in or the India Today Group. The writers are solely responsible for any claims arising out of the contents of this article.