The film didn't need an 'Oscar entry' to be seen as pathbreaking.

In the last couple of months much has been said about the state of journalism in India. About free speech, about censorship, about stifling of voices, about journalists who are murdered in broad daylight.

Much has been said about our individual conscience in these troubled times when the pain of the marginalised, the persecution of Rohingyas and other such less-privileged people seems to have no impact on a society which is so detached from the real world.

The real India and its morality do not seem to move beyond our capital cities. Insurgency and domestic crisis are seen from the point of view of analysts sitting in Delhi news studios after having completed their stints as ambassadors of various countries, narrowing it down to a skewed idea of nationalism. An idea that is being increasingly marketed in mainstream Bollywood of late with a great deal of chest-thumping, government adverts and jingoism thrown in.

Which is why when I walked out of the theatre last evening after watching Newton, which is now India’s official entry to the Oscars, my first thought was: "How did the censor [CBFC] board pass this film?" At a time when nationalism is the flavour of the day, how did a film that shows a mirror to our faux patriotism not just manage to get cleared by the CBFC but also became India’s entry to the Oscars.

The film is not a dark humour as is being suggested, at least not for me. For those of us who have reported from the Dandakaranya (Chhattisgarh) or the tribal belts of Gadchiroli and Chandrapur (Maharashtra), this is the real picture of the crisis, though we (read the Indian state) chose to look the other way. 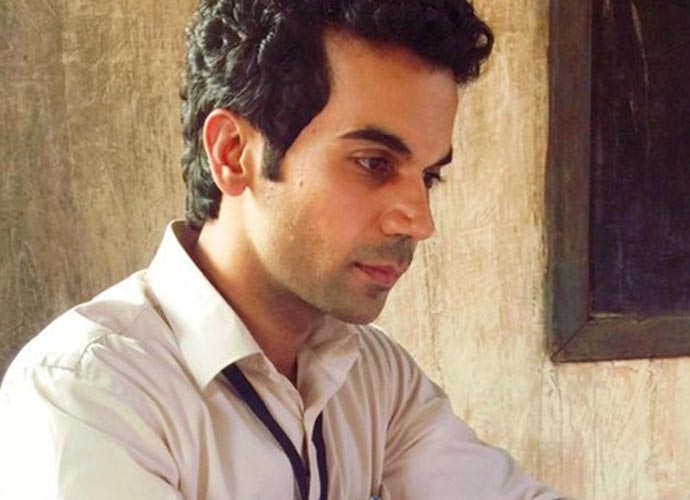 Newton is not a dark humour as is being suggested, at least not for me.

And in the process, of the common man caught in the crossfire between excesses of the government and the alleged terrorists. The plot of the film revolves around a team of election officers being dispatched to a Maoist heartland to conduct a democratic voting procedure for the Lok Sabha elections. Through the film’s main protagonist, RajKummar Rao, who plays Newton - an election officer assigned to conduct fair elections - the film takes us through a tour of his individual conscience and through him, our lack of it.

What transpires during the next 106 minutes is a screenplay that embarrasses and jolts you out of your world of comfort. One of the local election representative for the region, a woman from the village who assists Newton and his team gives us an insight into a forgotten civilisation that the new India refuses to acknowledge.

The film mainstreams our understated hostility towards tribals and Adivasis who many of us are quick to label as Naxal sympathisers when they speak of excesses. It shows how they are being dragged out of their homes during elections to vote and speak to the media and flash their voter ID cards for the world to see the power of a great democracy.

Equally telling is the scene when the inspector general (IG) of the region walks in with a foreign correspondent who travels with him to cover the election, and the journalist exalts on camera: "India’s democracy truly runs deep." (Of course, you have heard that before).

While the film does make a strong reference to the plight of the men in uniform who are sitting ducks in the face of government apathy during an ambush, it is the brave political statement that the film makes through its imagery that makes it commendable.

Walls of schools and abandoned houses with messages scribbled in red about the atrocities of the salwa judum, the upper caste and the fascists. Children of tribals made to entertain cops who they allege are Naxals informers.

These are scenes straight out of unpopular journalistic reportage from the tribal heartlands. It is an important inclusion because reports of excesses on children in such conflict zones, especially girls, are routine stories in regional media that mostly do not find their way to the front pages of our national dailies.

(As a small aside here: While on a reporting assignment in an Adivasi area, also called a Naxal heartland, a DIG told me that the villagers should be thankful that the government has built them concrete roads. When I asked a villager to respond, he said something interesting that has stayed with me. He asked me if I had ever seen a speeding bullock cart on a concrete road. I replied in the negative. He smiled and replied, villagers do not drive cars, only government officials and commanders do.)

Newton does not indulge in creating victims, but it quietly and subtly bursts the myth of an inclusive India. While we applaud the Emmys and Oscars for using the platform to make political statements and speak out against injustice and inequality, India should see Newton as a glimmer of hope at a time when facts and truth have become least sacrosanct.

We did not need an "Oscar entry" for Newton and its makers to be seen as pathbreakers. But that it has made it to the list also affirms our faith that the times are indeed changing.

The Indian film industry commands great power and control over an audience that constructs its worldview from what it observes on the big screen. Newton is a powerful film because it rips through our privileged existence and gives us a timely reminder of another India, which we have left behind in our quest of being the next superpower.

This India not just exists in Newton, but barely hours away from our comfortable living rooms, where a big news screen screams at you about a glorious new world order.

Also read: Newton is India's official entry for Oscars. That's not the only reason why you should go watch it

#Adivasis, #India, #Naxals, #Newton
The views and opinions expressed in this article are those of the authors and do not necessarily reflect the official policy or position of DailyO.in or the India Today Group. The writers are solely responsible for any claims arising out of the contents of this article.

The writer is an award-winning journalist and political writer. She is working on a book on Narendra Modi, which will be published in 2015.