No, slamming Veere Di Wedding must not win you respect

It’s high time we stop pinning all our unfulfilled feminist aspirations on a single narrative and treat our female characters as real people.

So much so that some critical articles deemed it an “apology for feminism”. The feminist high moral ground has been firmly established and VDW falls short of making the cut. The liberals are now almost an informal extension of the censor board (the Pahlaj Nihalani era, that too); key difference being that we make our sound post-release and on grounds that fit our moral compass. Liberal-splaining is a term waiting to go viral.

Lipstick Under My Burkha was a feminist rebellion because how can “they” (the oppressive others) hold a belief that women cannot have their inner lives where sex is rampant and liberation is in breaking the rules, but VDW is a crash down because the women here are not bogged down as explicitly as in the former.

We only like liberation when we can expressly juxtapose the characters tied down – all feminist narratives must be based on challenges to have to overcome. Feeling of pride must be preceded by evocation of pity, otherwise a woman’s choices are not liberating and not to be celebrated. Why see it as a feminist film?

Why most film critics weigh VDW to other outright feminist movies, which the Swara Bhaskar-starrer never claims to be, is perplexing.

Comparisons to iconic Mirch Masala and Astitva will indefinitely fail – they are movies set in a time when patriarchy was more explicit in its shackles and there was an identified enemy, but the leads of VDW live in a society and context where they are not fighting against one man or one structure.

Not to say they’re any less bogged down since cultural patriarchy changes form rather swiftly, and not to mean they’re any less angry, but the only way they know to fight the system is to be themselves, as flawed and as righteous as they choose to be. That’s how they rebel and that’s how they fight – their fight is not to be judged and that’s exactly what we end up doing. Even Lipstick couldn’t escape the feminist brunt for showcasing their final moment of liberation and collectivity through smoking.

Maybe in a patriarchal conditioning process that we all are reluctant trainees of, liberation is also doing what the larger structures and the omnipresent culture didn’t allow women to do but only men.

It’s not a value judgment on whether this is correct empowerment, but the reality is that rebelling is mostly comprised of doing what wasn’t expected of you, and it must be viewed as such. In fact, there is no standardised fit-all model for empowerment and if a woman is smoking and talking about how much she enjoys sex, instead of perceiving her as a unilateral cardboard figure who only represents cigarettes and sex, we should accept the fact that it is who she is – that being a smoker and unabashed when it comes to sex are intrinsic to her personality – why does she have to apologise for upsetting the feminists gods?

So here’s our dichotomy: We want more content to be produced and consumed by women but we also want to impose a stern moral yardstick to every such story. That’s a self-defeating cause. Mainstreaming women-centric cinema doesn’t mean making a couple of arthouse movies premiering at exotic film festivals but not finding their way into people’s homes, it means accepting all kinds of movies about women, the ones with hard hitting messages and the ones that are non-sensical entertainment, not in spite of. 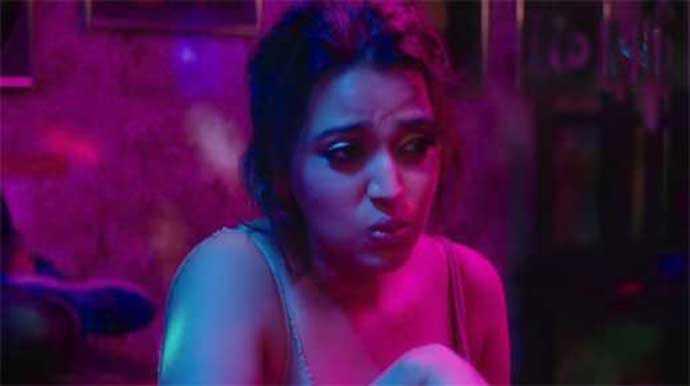 Veere Di Wedding proves not every movie with women has to either be a chick-flick or a social drama. Photo: Screengrab

Perhaps by imposing such critical standards to each female-led product, what we are doing is thwarting the cinema itself and compartmentalising it into an alternate cinema and at best merely a genre. What should perhaps constitute half the representation in this multi-crore industry is currently just a minuscule portion of it, and the problem is consumers like us, who’d create hue and cry about the lack there of but also only want to consume one set of stories.

When we impose the apparent quality standard that every female-led production needs to be nuanced, layered and actively justifying every single action of her being but don’t make our heros go through the same strict scrutiny, we create a gendered pattern of consumption where there is one significant differential - the weight we expect each VDW to have vis-à-vis the callousness with which we consume a Dabangg or a Pyaar Ka Punchnama. This, along with many other factors, creates a consequent discriminatory pattern of production essential for the sweet capitalist system to thrive in this industry and all the accompanying problems including wage gaps, funding gaps and lack of agency.

Rhea Kapoor’s VDW was also set to meet a similar fate since no producer would give it requisite funding (as Sonam Kapoor, while schooling her brother, stated, was readily made available to Varun Dhawan and John Abraham starrer Dishoom). However, with a little bit of perseverance, Ekta Kapoor came along to make sure that this movie doesn’t get sidelined only because it’s headlined by women. Now, this movie has a stellar box office collection and would probably go on to be a proof of concept for other stories with women at the helm and center, not only the ones that make a statement but also those that merely entertain with allure and adventure, and that in itself is a strong feminist statement.

VDW has shaken tangible scales in the industry and has proved that not every movie with women has to either be a chick-flick or a social drama, it can very well be anywhere on the spectrum holding its own. Contrary to pre-VDW belief, most women and many men can also find entertainment through stories of women, and do not need to be constantly nudged to fight against the oppressive status quo.

While critiquing on merits of the character is not barred, when the criticism is inherently gendered and solely for misrepresenting “strong-independent-modern” women, one needs to pause before being nitpicky and wonder if criticising women just comes more naturally to us. The viral review by a middle-aged woman (referred to as “aunty” on every platform) could only make the rounds as furiously since it was directed against four women.

If she had made the same review against Salman Bhai, there would be a long list of all-macho Bhai-supporters intently waiting to abuse her all across the comment strings on social media.

It’s indeed high time we stop pinning all our unfulfilled feminist aspirations on a single narrative, treat our female characters as real people and not an allegory of our ideals, and most importantly, know the consequences our criticism has on the larger dynamics that we are all directing our efforts to change.

Post your comment
#Shikha talsania, #Kareena Kapoor, #Rhea kapoor, #Sonam Kapoor
The views and opinions expressed in this article are those of the authors and do not necessarily reflect the official policy or position of DailyO.in or the India Today Group. The writers are solely responsible for any claims arising out of the contents of this article.