The Bollywood remake is unlikely to be even a patch on Mani Ratnam's iconic film.

In what turns out to be the penultimate scene in OK Kanmani, Adi (Dulquer Salman) and Tara (Nithya Menen) are combing the streets of a rain-swept Mumbai, hunting madly for their landlord, Bhavani Aunty who is struggling with Alzheimer’s and often blacks out. And even as their eyes are darting hither and thither, they are arguing about their relationship and its future. They had promised to be "with" each other with nary a thought about the future.

To this effect, they even decided to live in together. But now they are not so sure. They want to continue to chase their dreams, but a future together suddenly seems to matter too. But their futures unfortunately are on different continents. She is to go to Paris and he to the USA. How then can they even dream of being together is the existential dilemma they are faced with?

The conversation dissolves into argument and ends up in Adi proposing marriage but equally okay with their heading off in different directions. Yes, they find Bhavani Aunty as well. That scene captures the spirit of the movie. Can individuals hold true to their individuality and yet be together? OK Kanmani does a reasonable job of addressing this issue that is clearly at the heart of many millennial relationships. Career dreams drive them. But they clearly see that there is a life beyond a career as well.

They seek comfort in relationships, are at ease with their solitude and have a strong self of the self that does not conflict with family and its demands, in Adi’s case atleast. In Tara’s case, she is able to stand firm against her business-tycoon mother’s toe-my-line threats. It’s not easy, but she stands her ground nevertheless.

What works for OK Kanmani are a number of things. There are the usual things of course. It’s a Mani Ratnam film photographed by the legendary PC Sreeram, music by AR Rahman and the reassuring presence of Prakash Raj. But, what really works is the fact that it has Dulquer and Nithya. 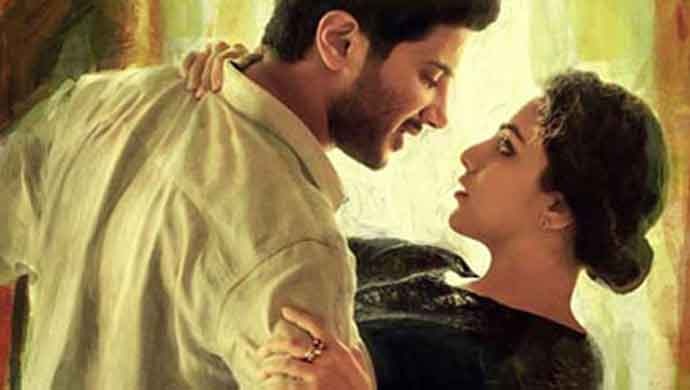 The freshness that they bring to the film is what makes it work. As far as Dulquer is concerned, when the movie was concerned, he was fairly new on the Tamil movie scene. Not having to live up to an image helps. He is free to be Adi.

Nithya who did have a body of work behind her seems to have let it all fly to play Tara. In some sense, it is really her film. She lives the role and steals the show so often that after a while one begins to take her for granted.

Besides the acting, what also works for the film is the sureness of its "location". As the critic, Baradwaj Rangan says, the film is unabashedly upper class. Its locales, its characters and even its language are all upper-class. It does not even pretend to be anything else. Why should it is the underlying implication.

These are real people with real problems too. True, there is a world beyond it. But this is a real world too. And its people too deserve their place in the sun. What also works is the fact that the movie is set in Mumbai. The freedom that the city of dreams holds in its bosom infects the characters of the movie. They soak in its freedom as much as they soak in its monsoon.

The little accented-Hindi asides including the deliberate use of the oh-so-North Indian word "pucca" at critical times adds to the overall feel. Then there is the fact that BEST buses and local trains have more than a passing presence in the movie.

Will OK Jaanu even be a patch on this little masterpiece? I think not. There are the usual Bollywood things at play to begin with. The heroine will obviously be a heroine. Shraddha Kapoor is incidental. It could have been anyone else.

But, Bollywood is notorious for putting its heroines in a cage. I am not sure this will be any different. The "image" rules this industry.

The hero, Aditya Roy Kapur is likely to be a victim of image too. Will he be able to match Dulquer’s endearing boy-next-door image?

I think not. His image again will hover round his head forcing him to toe the line. This in a movie where both main characters don’t toe the line can be a disaster. Will the Hindi movie also try not to be everything to everybody? Farhan Akhtar has made "upper-class" movies as has Zoya Akhtar. But has anyone else besides them? Hindi movies usually attempt that one-size-fits-all sweep.

If this one doesn’t, more power to its makers. But, the sceptic in me refuses to believe that will happen.

Does "Jaanu" convey the sense of "Kanmani"? It certainly does not. "Kanmani" has an endearing butterfly-like quality to it. It is soft on the ear. "Jaanu" conveys a bristling possessiveness. It sounds loud and arrogant. Unfortunately, "Kanmani" does not translate well. So why bother to even try? Why not carve your own path? That would be in keeping with true millennial spirit, right?

OK Kanmani was set in Mumbai. Will OK Jaanu’s makers be okay with setting it in Chennai or Bangalore? If not, why? Wouldn’t it be nice to see Aditya and Shraddha mouth a few endearing Tamil or Kannada expressions and embrace the spirit of the city they have chosen to live in? Maybe wear jasmine or a silk-bordered dhoti? I think not.

Bollywood refuses to look beyond Hyderabad. If it does, it will be only to a land of caricatures as shown in Chennai Express. A normal movie set down south is the dark side of the moon to Mumbai filmmakers.

Mumbai is important to the overall feel of OK Kanmani. It transplants the characters — one from Chennai and the other from Coimbatore to a new locale, cuts their umbilical cords and forces them to negotiate everything afresh. Mumbai for them is an enabler. Mumbai can’t be that for people from the north. Thanks to Bollywood, all of them can pretend to know Mumbai even if they actually don’t. For southerners, Mumbai is at a distance. It’s a conscious decision to move there.

For northerners, Mumbai is familiar. It’s natural to move there. And that’s a pity. The city is an important presence in the movie. Its strangeness both to its two main characters and to the audience help to make the movie that much more special. It is unlikely to be so with the remake.

One would have thought that the disastrous transplant of Vinnaithaandi Varuvaayaa as Ekk Deewana Tha should have shelved any thought of such remakes. But here we are again.

#OK Kanmani, #Ok Jaanu
The views and opinions expressed in this article are those of the authors and do not necessarily reflect the official policy or position of DailyO.in or the India Today Group. The writers are solely responsible for any claims arising out of the contents of this article.