An entire population now thinks that thousands of women burning themselves alive is a good thing.

Padmaavat was made to celebrate the honour of a fictional dead woman, so men all over the country could threaten to cut one woman's nose and tell another woman to go get raped and murdered (see, Swara Bhaskar's letter and Vivek Agnihotri's misogynist response). Welcome to India, 2018 edition.

We have interviewed many ‘ex-naxal’ women in Bastar. Each has gut-wrenching stories to tell, full of abuse, rape and misogyny If they marry, they aren’t allowed to have children. I think fake feminist @ReallySwara must make a trip to understand how the Real Vagina feels like.

What women need to understand that it’s because of the fake feminists like @ReallySwara that the feminist movement gets jeopardised. You just can’t piss off people and win the most critical war of modern times - the gender empathy.

The only genius in Bhansali's magnum bogus is that it manages to offend "upper caste" Hindu men, women in general, Dalits, Muslims and gay people. Rajput men in Rajasthan got offended because... idgaf. It is awful to see a movie extolling the so-called "virtues" of a caste group when India, and Rajasthan especially, has a high rate of crimes against DBA people. So much was said about Rajput pride and moonch that one almost forgets that "upper castes" do not allow men from marginalised "lower castes" to wear a moustache, often penalising transgressions with violence. Bollywood has yet again done its part in propagating our most regressive views and social practices. This ode to the aan+baan+shaan of a dominant "upper caste" enables our horrific caste system by normalising it. Let's talk about Khilji because honestly, that's all you see in this movie anyway. 100 years from now, the portrayal of Khilji as a sex crazed barbaric warlord will hopefully be found in history books under

"Dehumanisation of Muslims in the 21st century". The narrative of "Noble Hindu King and Queen vs A Literal Monster (Muslim ofc)" is one of the worst aspects of this film. It directly stimulates the baseless persecution fears of the majoritarian part of our brains. Bhansali has gone out of his way to portray everything Muslim in a dark, gloomy light - literally. While your Mewar is full of colours, the shots of Khilji and his extra barbaric tribe are black af. Khilji eats meat like a savage, keeps women as slaves and performs demonic dances. All Muslim characters wear surma, and can't stop saying "Wallah!" "Habibi". They fight under the crescent flag, and at one point Padmavati's battle strategy is to infiltrate when all Khilji soldiers are reading the morning namaz.

Obviously, Rajputs fight for honour and values as compared to the invading army of Muslims which fights because "arrrghh savagery" - now add a super evil sounding background music to all this. In one scene, Padmavati is putting battle gear on Rawal Ratan, it cuts to Khilji dressing up for the same battle and pouring perfume over a slave woman and rubbing her on himself (yuck). I could go on about the evil Muslim stereotype, but I have grown up looking at Muslims as the other and Pehlu Khan is a cow smuggler anyway, so who cares?

For those who think there is any merit in Padmaavat, let me hit you with context to knock your medulla oblongata back in its place because this movie should make one vomit. It is not a celebration of the choice of women, but of the flawed honour and value system of a community. The epilogue of the movie says "Padmavati ka jauhar hi Khilji ki haar, aur Chittor ki jeet thi. (Padmavati's jauhar was Khilji's loss and Chittor's victory.)" Rhetoric like this is one example of the norms of an entire culture which celebrates dead women, as long as they die within the patriarchal moral framework that has no space of any sexual agency. Would there have been any talk of honour if Padmavati had chosen a lifetime of slavery to save the lives of everyone else in Chittor? 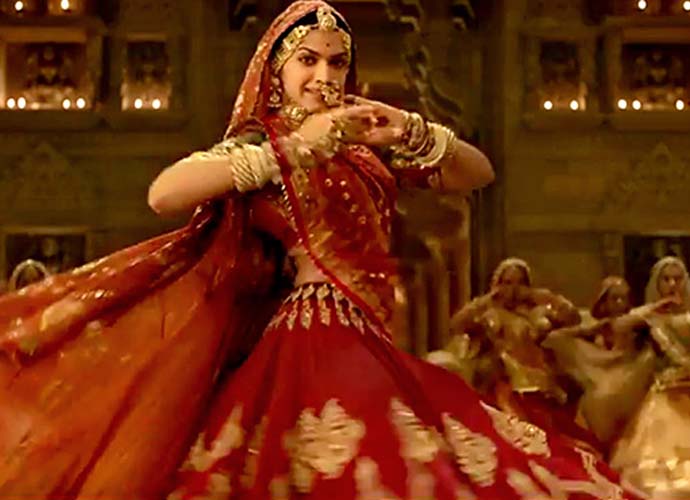 In the movie, her decision to show her face to Khilji is called a "political decision" by her husband, and every one opposes it initially "cos humara apmaan hoga (it will cause dishonour). Women's conduct with respect to their bodies is often linked to the morality of the group they belong to - family, caste/community, and even the nation state (Bharatiya sanskriti af) - all of them want a piece of our agency. "Humare ghar ki ladkiyaan aise kapde pehen ke bahar nahin jaati, (our women do not wear such clothes)," "humare yahan auratein ghar ke badon ke saamne ghoonghat karti hai, (our women use veils)," "Jeans and chowmein are western influences," are few examples of ways that these groups assert control over women by telling them that their actions are linked to a larger group.

Teach women to take pride in this, and then convince them that following its patriarchal norms is essential to keep this pride intact. Sprinkle some honour/valour in this gross khichdi and voila! An entire population now thinks that thousands of women burning themselves alive is a good thing. If the focus of the movie was choice in light of potential sexual slavery, then it should have shown something on the lines of how the pregnant woman and the two little girls felt about BURNING THEMSELVES ALIVE. The women who killed themselves deserved more attention than the tableau of red ghoonghats they were reduced to. Bhansali gained a spectacle, Rajputs gained honour, and women, had to settle for a death by fire.

There is so much pride and honour associated with women killing themselves that you can find sati shrines all over Rajasthan (I have personally visited a few as a child). A sati case was reported as late as in 1987. Indicators for female foeticide and infanticide, dowry deaths, rapes, domestic violence are high af and the sex ratio is obviously low af. Wonderful to teach little girls that they are expected to follow a strict patriarchal code of conduct in an extremely toxic culture which might kill them before being born or anytime after that. If you somehow survive honour killing, marital rape, domestic violence and bride burning, you might get to burn yourself alive so this same culture can take pride in itself.

Also read: Watching Padmaavat in Pakistan: Why it did not leave me reduced just to a vagina

Post your comment
#Sati, #Jauhar, #Alauddin Khilji, #Rani Padmini
The views and opinions expressed in this article are those of the authors and do not necessarily reflect the official policy or position of DailyO.in or the India Today Group. The writers are solely responsible for any claims arising out of the contents of this article.

Born and brought up in Rajasthan, the author is an education researcher in Delhi.