I am impressed by the sensitivity with which the movie has tackled the issue of feminism.

This interval was different. There were no asks. No hankering for sour punks, no demand for popcorn, no requests for cola.

My 11-year-old daughter turned to me and I caught the shimmer on her lashes. "Mom, I think I understand what you meant," she said a little self-consciously. "Sometimes things can get out of hand, unintentionally. This is not done but I guess this happens. Right?"

We were watching Pink. It was only halfway through, and I already sensed my daughter sitting beside me, grow up a little. And it could not be better timed.

The past few days had been a bumpy ride in the mother-daughter terrain. She had made up her mind to go and spend a day at a friend's place. That wasn't the problem. The problem was that this was a friend I had never met, whose parents I didn’t know, and who was a couple of years senior at school. Nothing met the normal standards of caution one takes with growing up kids whose sense of judgment is still in the works.

Anything and everything I said fell on deaf ears. And unfortunately, it was my own doing. I have raised my daughter to be fearless. And I have also raised her to be trusting and affectionate. So far, I never felt the need to feed her with negativity, given that the issues at hand have always been different. 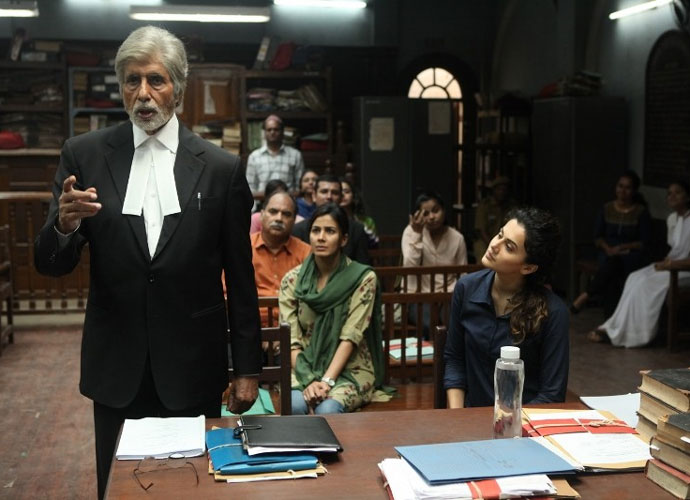 The storytelling of Pink communicated to my daughter, what I had been struggling with for days.

But now it’s time. She is growing into a well turned out young lady and I am obliged to introduce her to the diabolic and dark realities of life. That is the most heartbreaking task for a mother. To tell your innocent and loving child, to fear strangers, nurse suspicion about people's intentions, start judging friendly gestures from known and unknown quarters, is a little self-defeating.

But as a parent, it turns out that sometimes you have to be unkind to be kind. I spent hours talking to her about why I could not let her walk into an unknown house with unknown people and much more. But my own training was coming in the way. I was asking her to unlearn everything and become a doubting person. For good reason, she was resisting vehemently.

The lights in the cinema hall went out again and we got hooked on to the storyline once more. The rule book for girls followed and it drove home a few more realities.

I stand impressed by the sensitivity with which the movie has tackled the issue of feminism, without rubbing bra-burners the wrong way. It is almost like looking into a mirror that shows you only the angle that you wish to see.

What viewers may have perceived as Deepak Seghal’s rule book of satire, I read as "women be safe than sorry" manual.

The rule book is:

1. A clever reminder to women on their responsibilities as well as a loud shout out to their rights.

2. A teaser to tell them that just like "a no is a no", "a yes is a yes". If you have exercised your choice to say "yes" to a few things in life, you will have to take responsibility for the repercussions.

3. A word of caution for women to bite only what they can chew. Feminism in your mind will not get you out of tight situations because it is not about how safe you feel, but how safe you actually are. (After all, the gang of goons took Meenal into forceful confinement in a car and the system couldn’t do a thing about it.)

Therefore, as a liberal woman, choose your adversaries with care. You may not have a lawyer suffering from manic depression living next door.

That also brings us to the moot point on the basic hard-wiring of men and women. When people say "men will be men", I have no idea why everyone takes offence. Men will be men, as much as women will be women.

Women rarely (maybe never) gang up to outrage a man's modesty. They can lure, seduce, but rarely do they try to molest a man.

How many times have you heard about a woman walk up to a man who dared to say "no" and burn his face with acid? Have you heard of a jilted woman stab her muse 22 times in the middle of a road in revenge? So men actually are hardwired to do certain things worse than women.

The storytelling of Pink communicated to my daughter, what I had been struggling with for days. She got the message in one straight viewing.

There are no holds barred, as long as she learns to take responsibility for her actions.

As a girl belonging to this century, she will have to keep our "boys safe" by acting responsibly and not as per any rule book - new or old.

Also read: Do you really need a Bachchan to sell feminism in Pink?

Also read: Why Pink is powerful and a movie for the times we live in

Post your comment
#Feminism, #Pink
The views and opinions expressed in this article are those of the authors and do not necessarily reflect the official policy or position of DailyO.in or the India Today Group. The writers are solely responsible for any claims arising out of the contents of this article.