Valmiki’s Ramayana is a mirror, what we find in the story is what we look for

Arshia Sattar, author of 'Ramayana for Children', talks to Kaveree Bamzai on what makes the interpretation special.

How hard it is to be good to the people that you love best. That's what Arshia Sattar’s engagement with Valmiki's Ramayana taught her. Her one volume translation of the Ramayana in 1986 is widely regarded as the definitive translation of Valmiki’s epic and never been out of print.

In her new Ramayana for Children for Juggernaut, she sees Rama as all too human.

Here, she talks to Kaveree Bamzai on what makes this interpretation special

Q: Why is Rama shown as such a sad man, who just sort of walks off into the sunset at the end. It's so full of pathos. It's a bit different from how we've seen him so far – either godlike or a feminist pincushion.

A: The Ramayana, especially Valmiki’s text, is too rich to have only one understanding of its central character. We read the Ramayana according to who we are and we find what we’re looking for. There are times in the story when Rama is good enough to be godlike and there are other times when feminists will want to stick pins in him.

After all these years, the Rama that moved me and held me the most was the one who loses the most important thing in his life, his greatest love. But I’m hardly the first to see Rama like this. Bhavabhuti wrote Uttararamacarita in the 8th century and his Rama is devastated in his loneliness. Bhavabhuti could not bear that and so in his play, Rama and Sita are reunited.

I rather like Rama alone and looking back on his life and wondering how things could have gone so terribly wrong. 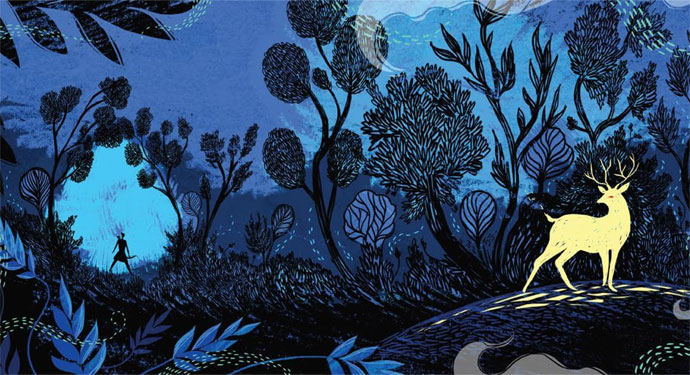 Q:. Your Sita is a proud woman, never bitter. How did you interpret her in the modern context? She shows so much dignity, and yet, it is not weakness.

A: I didn’t have to interpret her, this is exactly how she appears in Valmiki’s text. You just have to find her.

Valmiki’s Ramayana is a mirror, what we find in the story is what we look for.

Q: The description of Sita's golden skin, Ravana's darkness. Is that deliberate?

A: No, it’s all Valmiki. But it was such a dramatic and beautiful image, especially when he’s carrying her way in the sky, that I could not resist borrowing it. Q: Lakshmana gets a better role. Finally. Was that a conscious decision?

A: All this is in the Valmiki text. It’s just that people don’t read Valmiki and so they have no idea of the grace and subtlety with which he creates characters, the exquisite beauty of his images, the way he draws out the pain of separation, the confusion about what dharma means. Remember that it’s Valmiki’s story that has spawned all the other Ramayanas – Kamban, Tulsi, Krittibasa, Ashok Banker, Amish, myself.

At this moment in time, we have an idea of the Ramayana that comes from television and popular renderings, all of which have an ideology and a politics that drives them. Not that the Valmiki text is free of these – but in the main, it’s a story about how hard it is to be a good human being.

Lakshmana is also struggling with that question. As are we all. Sometimes, we see what a story wants to say in the so-called minor characters, the existential truth of the story lies outside its centre.

A: I will take credit for finding Sonal Zohra, the illustrator, on the internet. But it’s the people at Juggernaut, Gavin and Sivapriya, who put the images and the text together so seamlessly.

Sonali’s work really adds another dimension to the story – she sees the sadness, the darkness in the heart that we all carry. I think she trusts children in the same way that I do – all we have to do is be entirely honest in the way we present the stories and the pictures and younger readers will stay with us.

Neither of us has modified the emotions that the story raises in us simply because we’re presenting it to children.

Q: What were your discoveries when you were translating the Ramayana?

A: I translated Valmiki's Ramayana and I discovered how human everyone is. All the Ramayanas after Valmiki are bhakti Ramayanas and so, Rama is god, Sita is a goddess. That entirely changes the tenor of the narrative and affects how you hold characters accountable (or not) for their actions.

Valmiki brought this great story down to earth, as it were, it felt close and possible and very real.

Q: What surprised you?

A: The poetic beauty of the text, the magic of Hanuman, a flying, talking monkey who can do anything and is still a monkey. In a sense, Valmiki "invented" Hanuman, one of the most exciting and beloved figures of our cultural imagination.

But the text continues to surprise me – it was after years that I discovered a strong and dignified Sita who speaks out against kshatriya violence, a Rama who is sad and lonely, who realises that being a king is not everything. It was always in the text, it’s me who has taken this long to see it.

Q: What is the lesson you learnt?

A: How hard it is to be good to the people that you love best.

Also read: What Ramayana teaches you about leadership and tolerance

#Books, #Ramayana
The views and opinions expressed in this article are those of the authors and do not necessarily reflect the official policy or position of DailyO.in or the India Today Group. The writers are solely responsible for any claims arising out of the contents of this article.