Jab they met: When SRK said yes to Imtiaz Ali

Your weekly dose of gossip from Bollywood.

After years of wanting to work together, Shah Rukh Khan has signed Imtiaz Ali's yet-to-to-be titled next. The duo had some issues with basic working style where SRK wanted a bound script whereas Imtiaz's style of working is a little more fluid.

But that issue seems to have been ironed out and SRK is happy with the final copy Imtiaz shared with him recently.

With Fan releasing in less than a fortnight, Raees wrapped up and the shoot for Gauri Shinde's next with Alia Bhatt almost complete, Imtiaz's film will be the one that SRK will start filming next.

Also read: Why SRK's Fan and Raees will suffer like Dilwale

Imtiaz is known for stories that take his leads on a journey and this time also it won't be any different. If the buzz is to be believed, SRK will play a Sikh tourist in Europe in the film, with star Anushka Sharma alongside. This will be the screen couple's third film together. Anushka Sharma and Shah Rukh Khan could be in Imtiaz Ali's next film.

For the past few months, there's been a lot of talk about Anand L Rai's romcom with the King Khan. Sources say that while the actor loves the story, he is unsure of signing on the dotted line because it would mean working with Eros, a production house he has locked horns with multiple times in the past.

While Eros' Lullas are obviously ready to bury the hatchet, SRK is still mulling over this film.

Over the weekend, teen heart-throb Tiger Shroff and his girlfriend Disha Patani spend some quality time with each other at a café in tony Bandra. And, if their fellow diners are to be believed, the young couple was all over each other.

"They looked very much in love and oblivious to anyone around them. They held hands the whole time and kept leaning over for little kisses," says a source.

The former Miss India and Tiger have been a couple for a few years now. Tiger was very keen to have her cast in his next release Baaghi but the makers stood their ground and Shraddha Kapoor was cast in the film. 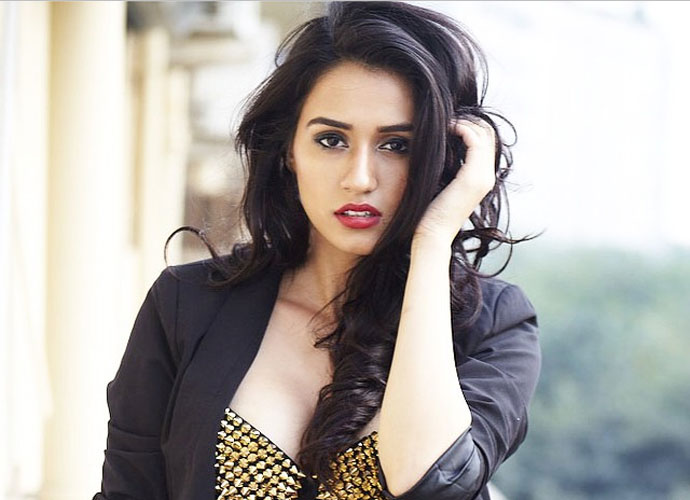 Disha will now make her Bollywood debut in Neeraj Pandey's MS Dhoni - The Untold Story. The couple spent the last few weeks away from each other because Disha was shooting a song for the international film Kung Fu Yoga with Jackie Chan in Jodhpur.

The source also added that Disha and Tiger were "lovely to the waiters" and "left a generous tip". The couple's night ended early and they left together.

About a year ago, you couldn't mention her name in front of her ex without sending the normally mid-mannered director into a sulk. Their separation had been ugly and he felt "discarded like a day old newspaper". That's all changed now and the former couple is back together.

Even as he gears up to release what is probably the biggest film of his career and she begins shooting a film after a long gap, the couple are making sure that they spend quality time with each other. Once again, her neighbours have gotten used to seeing him around the building, as has his production crew.

From the time that they first worked together, their relationship has been an open secret in the industry. And that's how they plan to keep things this time as well.

Post your comment
#Films, #Imtiaz Ali, #Shah Rukh Khan, #Bollywood
The views and opinions expressed in this article are those of the authors and do not necessarily reflect the official policy or position of DailyO.in or the India Today Group. The writers are solely responsible for any claims arising out of the contents of this article.

Bollywood junkie who enjoys movies, movie stars and all the mahyem associated with both. Living an extraordinary ordinary life.