I've fought three wars, all people remember is I made Shah Rukh Khan

I am known as the man who made Fauji and therefore, by default, made Shah Rukh Khan. I've been an actor, I've fought three wars, but all that anybody seems to remember is that I launched Shah Rukh 20 years ago. It amuses me to think that I'm given credit for something I played no part in. Shah Rukh's parents made him, I didn't. I didn't make a superstar; I simply chose the right man for a job I had. What happened before or after that in his life has nothing to do with me.

I remember my first meeting with Shah Rukh. He was this lanky boy from Gautam Nagar who knocked on my flat one day because he'd heard that I was making a show and he wanted to act in it. He was very confident; I liked that. J called him for an audition along with all the other boys who wanted to play the part of the commandos. Part of the audition was that I made all the boys run with me.

Some of them dropped out on the first day itself. They had these delusions of grandeur; they'd thought they'd be in AC rooms with make-up on and delivering smooth lines. That's not what I was looking for. Shah Rukh was one of the few who stuck it out. He not only ran for all the hours I insisted on testing them, he even overtook me sometimes. That's how he moved on to level two - the look test. When I put him in front of the camera, my cinematographer and I could both see that there was a distinct quality to him that the camera loved. He wasn't the typical good-looking boy, but the camera took to him. And that's how Shah Rukh became part of Fauji.

He was originally supposed to play the second lead, Abhimanyu, the younger brother of the main character Vikram. But somehow, the stars aligned themselves for him and his character developed better in my head and I changed the script to make him the first lead. Did I do it for him? No. I did it for my show. Had he insisted on prolonging every shot by hamming, maybe the original script would have stayed intact. But he wasn't, so it happened for him.

I think every superstar's journey begins with a strike of lightning. It's not just talent, it's about a little extra - maybe it's a touch of divine intervention, maybe it's sheer dumb luck, but they just happen to be in the right place, at the right time, and be the right person for the job. Between Bandra and Gurgaon alone there must be 70 to 80 thousand people who are talented, who have the persistence and the fire to be a great actor and they might even be better-looking than Shah Rukh, but it's unlikely that they will meet the kind of success that Shah Rukh has.

What can you do about it? The one thing that I think has played a big role in shaping Shah Rukh's destiny is his mother. All mothers love their children, but her devotion to Shah Rukh is something else. I met her twice, and both times I was awestruck by the unconditional love for him. For her, the whole world, even her own existence was on one side of the scale and Shah Rukh was on the other side. 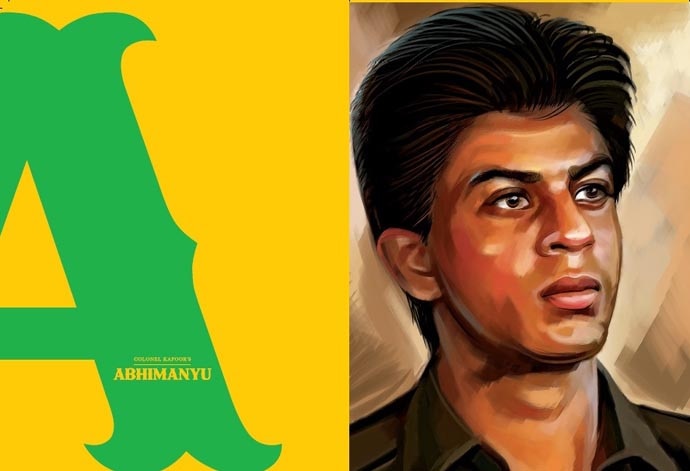 And Shah Rukh won each and every time. She could forgo anything for him. When you have such intense blessings on your side, it has to make a difference. My earliest memories of Shah Rukh on the sets are that of an extremely mischievous boy who was a champion at making excuses for coming late. That’s always been a thing with Shah Rukh, he will simply never turn up on time. I remember this one time I asked him, "Why are you late today?"

And he said, "Sir, I will tell you but you won't believe me." I said, "Tell me anyway, I might believe you." And his answer was, "I left home properly on time. But the PM's convoy was on the road and they stopped the traffic for one hour. What could I do?" I told him, "Shah Rukh, you gave me the same excuse a month ago."

And he said, "Oh, did I? Then what happened was that my uncle fell sick very suddenly." I would chase him around the sets, throwing stones at him and he would run ahead, while the whole set would be rolling with laughter. Some things never change. I believe he still never manages to make it on time for his shoots.

When people ask me what makes Shah Rukh a superstar, I don't have an answer. All I can point out are a few things that make him truly special. One of the things that I realised early on about Shah Rukh was that he doesn't do things by half measures. When he came into films, he didn't come with a back-up plan. It wasn't like, "If this doesn't work out, I'll go back and do that." It was films or nothing. I guess when you have that kind of urgency in you, you give more. He is very involved in what he does.

Once we were shooting a scene where he had to dive into the bushes and hide as the enemy jeep came near him. He insisted on somersaulting instead of diving. I thought we were going to have to deal with a broken neck, but he did it. It was one of the best scenes of the series. So he's constantly innovating.

Another thing that I really like about him is that he has his own style. He may have picked up a lot from the legends before him, but he uses what he's learned with his own splash of Shah Rukh. To last for as long as he has, you have to have something that is uniquely yours, a special kind of awesome that you define and that the audience comes to expect from you.

You see the movies he's made with the Chopra family and you go, "Wow." He was so cute in them. Especially Dilwale Dulhania Le Jayenge. I think he really blossomed in that film. He defined the chocolate-boy lover space. 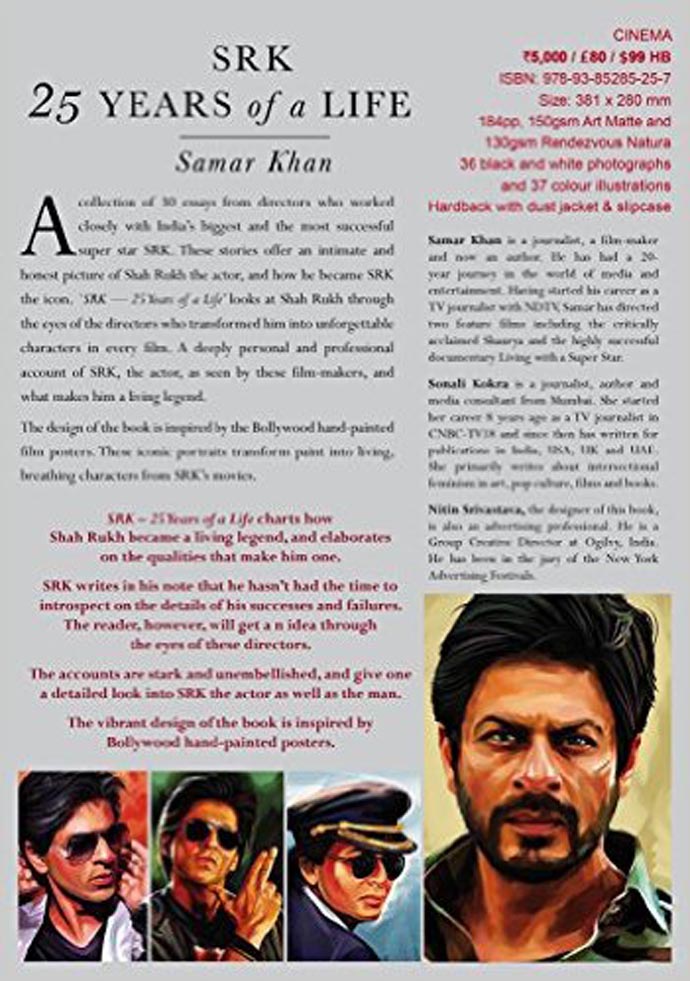 A chapter from Samar Khan's SRK: 25 Years of a Life; published by Niyogi Books and presented by Royal Stags Mega Music; price Rs 5,000.

Even Amitabh Bachchan is so popular even at his age because he has his own inimitable style. Or Shatrughan Sinha, for that matter. All of them own the screen when they stride into the frame. When Shah Rukh is on screen, you can't look away from him. His line might be an insignificant one in comparison to the others, but you'll tune out the others while he's there. That magic is there in all these three people.

The one thing I do think I taught Shah Rukh was to disassociate from his past. Earlier, he was very attached to everything. Every time he came to Delhi, he met me. Once he was shooting for Baazigar in Delhi and he couldn't leave the sets. He pleaded with me to come and meet him on the sets. I did go, and I did a little role in the movie too, but I sat him down and told him that he shouldn't be thinking about the past. He should neither have people clinging to him, nor cling to people himself.

For a superstar, the most important thing is the present and the preparation that goes into launching himself into the near future. Nothing else must matter. While memories are good; they shouldn't take up so much of your creative time that they keep you from your destiny. I think Shah Rukh has imbibed. that lesson well.

In my lifetime, I've met and been closely associated with a lot of superstars. Some are like flashes in the pan. They succeed in a couple of movies and then have horrible endings. I've seen some of these people in their bad days. And I've cried for them. But what can you do? Once, Rajesh Khanna came to my house in Delhi for dinner. He drank an entire bottle of scotch and asked for dinner at 3.30 am. I could see what was going on.

A superstar has to realise that his reign is limited. Years, age and success will wear you down. The rarefied air that you breathe at the dizzying height you've reached will eventually thin and sooner or later, you'll have to come down to earth. It's the coming down path that's the true test of your character. If you can be cool and collected and accepting of this change, you'll be a very happy man. Otherwise you're going to suffer. That's the one thing I pray for superstar Shah Rukh - a happy life even when he climbs down from Mount Everest.

Also read - Over 50, Shah Rukh Khan appeals more to the mind than anything else