The actor was the rare star who could embrace both the stall and dress circle audiences with equal enthusiasm.

Last night, as I tuned into my nightly ritual of listening to a song before sleeping, Sridevi was top of the mind. The TV news since the morning had been "breaking" the story of the actor's sudden and tragic death in Dubai. So, which Sridevi song should I turn to as an enduring memory? Going through the list of songs, I slowly realised just why Sridevi had struck such a chord in the 1980s: Almost every song that was picturised on her had a melodious foot tapping beat. Sridevi literally sang and danced her way into the hearts of millions. When I finally chose a song to listen to, it was "Yeh Ladki... Na Jaane Kahan Se Aayi Hai", a quintessential Sridevi hit song from the film Chaalbaaz (1989).

It wasn't just the exciting music beat, it was the artful song picturisation that demanded attention: Sridevi in a rain coat with umbrella in hand just letting her twinkling eyes and electric feet mesmerise you. It was a wonderfully choreographed sequence that was pure Bollywood fun, not a B grade item number but just another example of why Hindi cinema represents the ultimate entertainment.

The 1980s weren't a great decade for Hindi cinema. The Amitabh Bachchan era was drawing to a close and there really wasn't a hero to match the towering persona of the Big B: Govinda in his purple pants and matching shoes would become a top star in this period! Music lyrics were getting distinctly bawdy, the dance movements were low brow and film scripts were often trashy. In this age of crassness, Sridevi brought a touch of class with the spontaneity of her performances. Her original Bollywood breakout film Himmatwala (1983) with Jeetendra was a masala hit, the jhatkas and thunder thighs, the film's primary attraction. But the same year, she essayed a brilliant award winning performance in Sadma: that the same actor could pull off such varied roles was a tribute to her versatility, an actor who could have been easily trapped in the image of a star but one who never allowed her innate talent to be chained by box office demands. It is that talent that saw her make the transition from the typical South Indian cinema song and dance blockbuster to the A list of Hindi cinema directors like Yash Chopra and Shekhar Kapur. Kapur's Mr India (1987) is a cinematic classic: it created two enduring characters, Amrish Puri as the devilish Mogambo and Sridevi as the "hawa hawai" girl, the dance number resplendent with the impish, effervescent charm of the star-actor.

This was the pre-multiplex era, and Sridevi was the rare star who could embrace both the stall and dress circle audiences with equal enthusiasm; she had emotional depth and comic timing, a traditional learning in dance matched with a modern outlook to acting. From sari to slacks, ghunghat to jeans, Sridevi could turn on the charm in a diversity of roles.

Which is also perhaps why she could actually make a successful comeback years after having seemingly "retired" from cinema. Being able to make a comeback is usually a prerogative of the "male" star even as the female star is expected to fade into domesticity and motherhood. Sridevi defied the stereotype with a stellar role in English Vinglish (2012), a film that gave ample space for her acting talent to be expressed. Maybe, defying the odds was Sridevi's USP: weren't South Indian stars typecast as the secondary artistes to the all-conquering male hero? Even the original "dream girl" Hema Malini had to play second fiddle to her macho heroes in the 1970s. 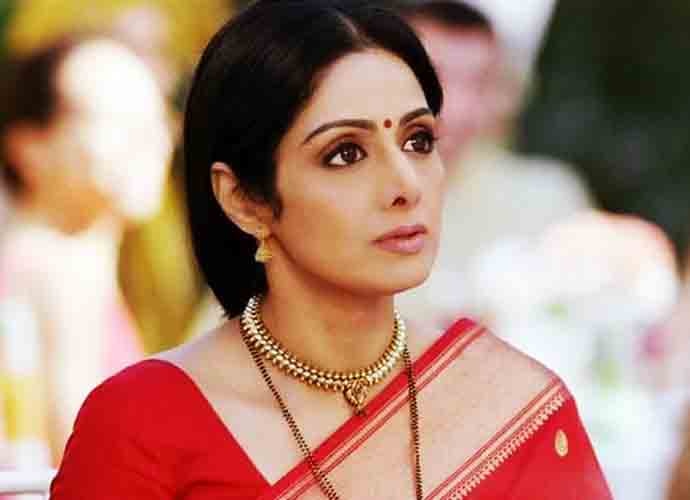 In Sridevi, we actually had a heroine from the south who shattered the glass ceiling and who often got prime billing ahead even of her male counterparts. In the post-Bachchan era, she was the reigning superstar, someone who gave the heroine a distinctive identity. Maybe, they should have named her hit films, Himmatwali and Miss India instead! Sridevi RIP.

Post-script: I met Sridevi just once in the most unusual of circumstances. I was recording a "Day in the Life" show with politician Amar Singh, and in his typical irrepressible style, he chose to invite Sridevi and her husband Boney Kapoor for dinner to "show off" his Bollywood connections. Through the dinner, Sridevi barely said a word. The bubbly sparkle of her on-screen persona was missing. I guess she needed a film camera and a big screen to express her creative urges not a staid television shoot in the presence of a loud mouth politician!

Also read: Why social media users coming up with theories on what caused Sridevi's death is disturbing

#Dubai, #Chandni, #Mr India, #Chaalbaaz
The views and opinions expressed in this article are those of the authors and do not necessarily reflect the official policy or position of DailyO.in or the India Today Group. The writers are solely responsible for any claims arising out of the contents of this article.