It has just completed 2,100 episodes and become the longest-running comedy show globally.

A revolution has taken place on Indian television. No, I am not talking about mushrooming news channels or reality shows on the small screen. Quietly, one serial, which has been running for more than eight years, five times a week, has taken the television comedy scene by storm.

Neela Tele Films’ Taarak Mehta Ka Ooltah Chashmah has just completed 2,100 episodes and has become the longest-running comedy show globally. Having already been recognised as India’s longest-running show in terms of the number of years, it has now set its eyes on the Guinness Book of World Records to be at the top internationally.

Of course, the path was not smooth. In fact, sceptics tried their best to dissuade Asit Kumarr Modi, the brain behind the show, from going ahead when he first thought about the script in 2002. 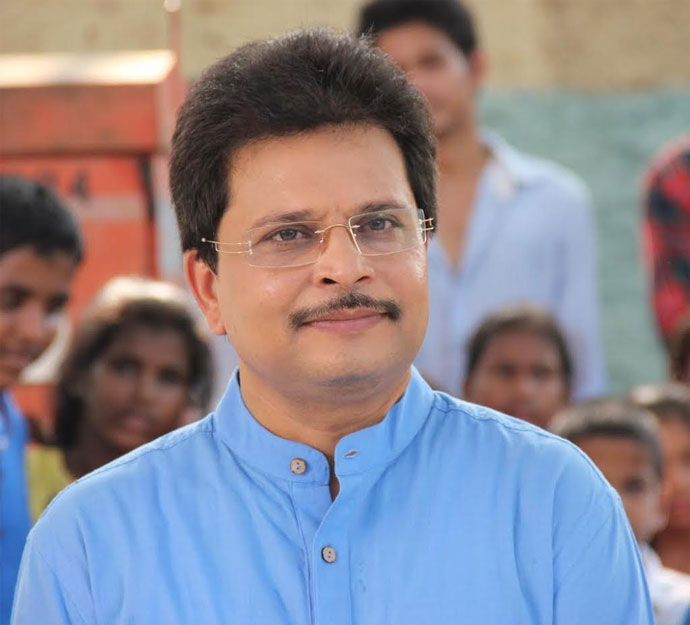 Asit Kumarr Modi, the brain behind the show.

“It was as if no one wanted me to succeed,” he said recently when I met him in Mumbai. “There were those who said it was a non-starter; others said there was no place for such a show on Indian television; and some others said I was taking too much of a risk.

“However, I was convinced we had a winning product on our hands. Even then, it took all of six years to get the show off the ground but ever since it did, we’ve not looked back. Five times a week, for all of 2,100 episodes, is no mean achievement.”

The show, based on the lives of families living in Gokuldham Society in Mumbai’s Goregaon suburb, revolves around their day-to-day travails and tribulations, their joys, sorrows, fights, achievements and everything else. “This was the kind of atmosphere I grew up in,” says Modi. The main idea behind the show was to make people happy.

“I have modelled the character of Jethalal, the Gujarati businessman, as a reflection of my own self,” he says. “I grew up in a chawl, right in the heart of the city, in what is ‘hardcore Mumbai’. It was the liveliness of the area, relations between residents, characters and festivals that I was surrounded by. That was how the common man lived and that is what impacted me a lot. This show is my impression.”

Well-know Gujarati short storywriter Taarak Mehta then contributed a column to a local newspaper. “I was his great fan and read the column regularly. I identified with it. That is how the idea of the serial first came up. I made some changes, created some of my own ideas and the show was conceived,” Modi says.

The main idea was to make people happy. “The public needs to be happy and I wanted to give them happiness. Television channels as we see them today were in their infancy so there was always a slot wide open for me to grab,” he adds.

In fact, the entire show is happy and full of situations that create comic scenes in the everyday lives of residents of the society. “They celebrate festivals and occasions, have fights and disagreements, and deal with everyday life. The effort is also to touch upon some key social issues like Swachh Bharat Abhiyaan and Beti Bachao campaign to send out a message to society. In that sense, we try and keep up with the current times and trends,” he explains.

In the last few weeks, the show has also dealt with demonetisation and its impact on the common man. Modi hits the nail on the head when he says Indians are inherently happy in spite of mountains of problems they face in their everyday lives.

“They remain positive in the face of an onslaught by politicians and from other quarters, including from across our borders. In the olden days, we had foreign armies attacking and plundering us and now we have those very same threats in other forms. Pretty much, nothing’s changed. That is why, we need happiness and I can safely say we have succeeded,” he says.

Writers, artists, directors and everyone else involved with the show are an inspiration. “I have to gather all their views, opinions and feedback to tell a story. That is no easy task but it has to be done all the time. We look forward all the time and not worry about the past. That is over. I live in the present and look forward to the future.”

And, yes, he admits, there are several points of contention in the script. “Popatlal (the journalist) is yet to get married; Jethalal is yet to get over his infatuation with Babita; and Pinku’s parents; Taarak Mehta’s boss and Dayaben’s mother still have to make an appearance. We will look at all these aspects as we go along without tampering with the story structure.”

On his future plans, he admits the language barrier is a stumbling block towards international fame. “That said, however, we are thinking of road shows around the world and are even contemplating an entry for the Emmy Awards in the not so distant future.”

After all, it’s not every day that a once nondescript show on a once not very popular television channel hits international headlines.

Also read: Why Indian TV is all about naagins and makhhis

#Comedy, #Indian TV, #Taarak Mehta
The views and opinions expressed in this article are those of the authors and do not necessarily reflect the official policy or position of DailyO.in or the India Today Group. The writers are solely responsible for any claims arising out of the contents of this article.