Ahead of his new movie Spider-Man: No Way Home, Tom Holland spoke about his relationship with Zendaya and the movie in an interview. Here is a 10-point breakdown.

Ahead of his new movie Spider-Man: No Way Home releasing on December 17, 2021's GQ Man of The Year, Tom Holland recently talked about his relationship with Zendaya, the movies he's doing, Spider-Man, burnout and being called the Sick Note. Here is a 12-pointer.

1. Tom Holland said, "Since I got cast as Spider-Man, I haven’t really taken a break. I find myself ringing my dad [Dominic, a comedian and author] for stuff that I should definitely know how to do and ask him ‘Dad, how do I put the washing machine on?’"

2. Tom then talks about how he got the nickname 'Sick Note'. After practicing ballet for two years, Tom was selected to play Billy in the Billy Elliot musical and his parents invited everyone for his debut. Tom came down with a tonsillitis on that very day. Not wanting to disappoint anyone, he didn’t say anything, and gave a flawless performance. Everyone noticed he was sick the following morning and he was taken to the doctor and given the rest of the week off.

Tom explained, "I got the nickname Sick Note, which frustrates me to my core, even today. I was too young to do that show. I was incredibly underdeveloped as a kid, and I would get sick, or I would be tired, or I would get injured, and I’d need to take a break because you’re doing three shows a week, rehearsing every single day. Now as an actor I push through everything, because I’m not going to be Sick Note."

3. Calling himself a Duracell battery, Tom said, "One of my biggest faults is that I’m an impossible people pleaser. I don’t like the idea of people not liking me. So I will do whatever I can do to make that not the case." 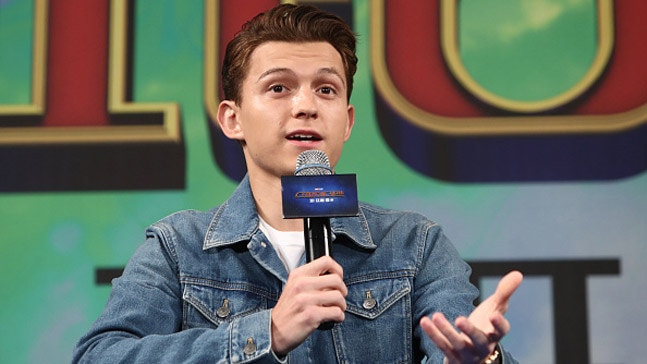 4. While talking about taking up the mantle of Spider-Man and the nervousness he had with this role, Tom said, "I was given this piece of advice as a kid that was really helpful, which is: If you think about the actual physical feeling of being nervous, it’s the same physical feeling as being excited. So I’ve just convinced myself all my life that when I’m nervous, I’m really excited.”

5. Tom described Zendaya as 'instrumental to his sanity', and credited her with teaching him how to deal with fame.

6. When the conversation steered towards his height, Tom said, "I’d do this thing on red carpets where I would stand closer to the photographers than the people behind me [to look taller].” He said has since learned to focus on what he can control, “I cannot do anything about my height. I can put on more muscle."

7. When asked about his leaked pictures with Zendaya, Tom said, "I’ve always been really adamant to keep my private life private, because I share so much of my life with the world anyway. We sort of felt robbed of our privacy.” 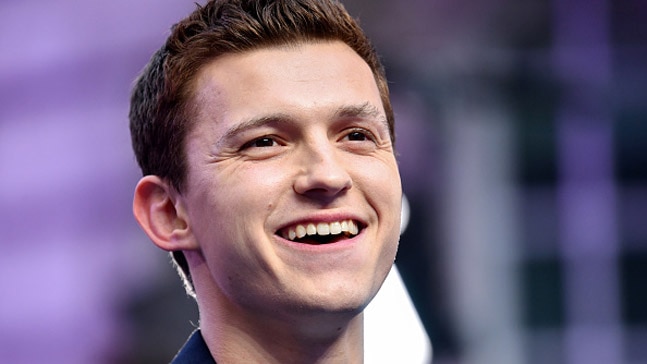 8. Knowing that he would be asked questions about his relationship with Zendaya, Tom clarified that it was a conversation that he wouldn't have without her. “You know, I respect her too much to say... This isn’t my story. It’s our story. And we’ll talk about what it is when we’re ready to talk about it together,” said Tom.

9. Talking about him continuing playing Spider-Man, Tom said, “Maybe it is time for me to move on. Maybe what’s best for Spider-Man is that they do a Miles Morales film. I have to take Peter Parker into account as well, because he is an important part of my life.” But also: “If I’m playing Spider-Man after I’m 30, I’ve done something wrong”. Tom continued saying that he would like to spend six months backpacking around Europe, go clubbing and getting “sloppy drunk” like a regular 25-year-old.

10. In the end, Tom revealed that he has always wanted to be a father. "I’d be very content with just being a stay-at-home dad, and producing a film here and there. That’s not to say that will happen right now. Now as I’m getting a little bit older, I’m like, It’s good to have things to work for. Just don’t give 100 percent of your energy towards it. I’m trying to live my life a little bit more freely," said Holland.

#Spider Man, #Zendaya, #Tomholland
The views and opinions expressed in this article are those of the authors and do not necessarily reflect the official policy or position of DailyO.in or the India Today Group. The writers are solely responsible for any claims arising out of the contents of this article.