It'll take Americans a long time to visit a music show without thinking of a gunslinger.

The queues at Louis Armstrong New Orleans International Airport were like a Dunkirk styled evacuation. It was obvious not everyone was going to make it. We didn't. In spite of making it minutes before closing time, the gates were shut. After us, another 21 missed this American Airlines' flight in a hurry. Amongst them was a clueless Collin Farrell lookalike, his bohemian wife, their wandering five-year-old twins and their elder sister going home for the July 4 weekend. Missing the flight had set them free. Missing the flight had made me tweet.

We had coughed up a fortune for Tom Petty's concert in Chicago that day. We were faced with an unhelpful American Airlines' front desk and the prospect of missing Tom Petty's 7.30pm concert in Chicago. It was 8.30am, the next direct flight to Chicago was in 3-4 hours, but there was no guarantee we would be on it. It was an unconfirmed ticket. After exploring options to cut our losses and sell the Petty tickets, my brother suggested we try a hopping flight.

By then, we had not exactly endeared ourselves to the American Airlines' front desk but a fellow traveller had done far worse; she had to be taken away by security. Secure in this knowledge, we approached the South East Asian lady in hushed voices. United in our Asian roots, she had suddenly transformed into a new favourite cousin marking out confirmed flights from New Orleans to Charlotte to Chicago. One hour stopover. We're in Chicago by 4.30pm. Three hours to get home, drop our bags, run to Tom Petty, running down a dream.

After two flights, three trains, two car rides, and a jog, we strolled into Wrigley Field well before opening time. Only an opening act stood between us and Tom Petty. It was happening. We didn't have the greatest seats in the house but when the rains came down, we did have cover. Sort of. Everyone in Chicago appears to step out with a raincoat.

The opening chords of a Tom Petty song are a reach out, a beckoning, a reckoning, they are what they are - plain, almost austere rock 'n' roll, but they have that grunge, that munch, that was meant to bring many a house down. To make an air guitar pro out of you. To get your butt off your seat. To deliver to you, the ultimate truth of a Tom Petty song, a Tom Petty gig - you are alive, get up and dance and sing along. Isn't that why we live for the music? Isn't that why we die a little when the music is snuffed out? Hell, cry a little, Tom Petty is dead.

But you'll cry with those chords playing through you. Tom Petty's music is an etch. It would be convenient to rave on and say it is an itch but it isn't. It is a musical tattoo, once you have it, it stays. It could be forgotten for years, but when it surfaces, it spreads like a rash.

The 1990s was about buying, gifting, being gifted, defending Tom Petty. The defence was always brief, "I just like him." But for some reason, in the 2010s, I had almost forgotten about him. This trip was led by Paul Simon. Tom Petty was a very expensive afterthought. My wife said, "You'll regret it later if you don't see him now."

There I was like a dancing monkey. It was a predominantly white American crowd. We appeared to be the only non-whites. But as the crowds went stir-crazy with each Petty hit, I was one with them, revelling in the knowledge, that this for me, was the best of America - one with the music, happy, singing along with each song, because that's what you do with Tom Petty - you sing along. You're the unpaid chorus. You're the voice. You're the dancing monkey. You're an American girl. 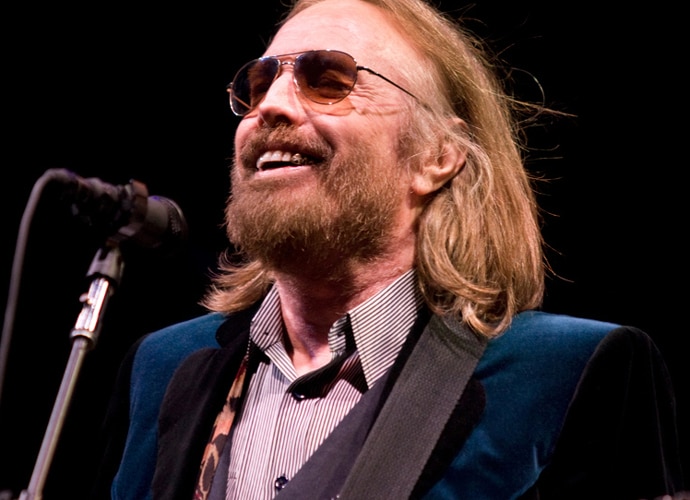 The opening chords of American Girl were a satellite launch, there was an air of accomplishment in the crowd. It was ode, it was American gold, it was treasured by each American out there, every girl, every guy, and two Indians too.

The lights flooded the crowds, all American, red, white and blue. It's good to believe in something, even better if it's something positive. Wrigley Field was drenched in rain and positivity because she was an "American girl".

Alongside us was sitting an American girl. She informed us that we had bought her friend's tickets, and was thrilled to meet two Indians. Even though she went on to inform us that there were a lot of Indonesian doctors in her neighbourhood. She insisted on taking a selfie with us to show her friends. Her "drunk" husband appeared quite sober, and had watched Tom Petty more times than she could remember. They had made it to the music concert in a Limo van drinking the whole way down and more. She was keen, earnest, chatty, in hindsight, she appeared straight out of a Tom Petty song. Think she knew that.

It's hard to tell in what order the songs came, but like a Tom Petty greatest hits, they swam into each other with a rollick, and we, for the better part, swam with the songs, most often downstream. We splashed in them like little children. We knew their lyrics. We all knew how to sing along with Free Fallin, Into the Great Wide Open, I Won't Back Down. We all stretched our arms out, pointing to nobody in particular when we lost it with American girl.

Throughout though, I was hoping he would sing Two Gunslingers. He didn't. And that by the look of it, wasn't everyone's top Tom Petty song. It is mine though. It was his cut the crap peace song. It was his storytelling. It was my troubadour walk through my home with my air guitar Tom Petty song. It would transport me into the wild west, make me nod, make me know the joke, and yet make me smile and laugh each time.

And now that I read these lyrics, it strikes me how relevant this song is today, more so after the shootout in Las Vegas. It'll take Americans a long time to visit a music concert without thinking of that one gunslinger. And a nation that refuses to take control of its life.

Also read: Las Vegas shooting: I was in Mandalay Bay last year, it could have been me

Post your comment
#Free Fallin, #Heartbreakers, #Rocker, #Tom Petty
The views and opinions expressed in this article are those of the authors and do not necessarily reflect the official policy or position of DailyO.in or the India Today Group. The writers are solely responsible for any claims arising out of the contents of this article.