8 reasons to fall in love with Udta Punjab

Far from being banned, it should be made tax-free and compulsory viewing, especially for the youth.

Udta Punjab was finally released today after being dogged with controversies.

After watching it, all I can safely say, it is a landmark film in more ways than one. Here are some of the things I simply loved about it:

1. Showing candidly the stark reality of drugs in Punjab

Many films have been made on the issue of drugs in India, but Udta Punjab is a complete package. The film gets everything right - from how drugs cross the India-Pakistan border, to how they are made, manufactured, packaged and distributed. How the high and mighty are involved in promoting drugs to how the police can turn a blind eye to it with a bribe. 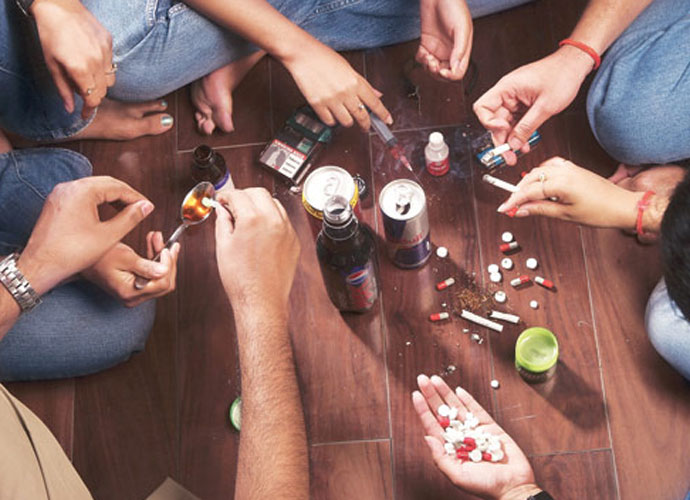 The film gets everything accurate - from destruction of Punjab's youth under the influence of drugs to how difficult drug rehabilitation can be.

If all this makes it sound like a documentary to you, don’t be alarmed. All this flows seamlessly as a well-written crime thriller with gripping dialogues. This is one film with a clear message: These are the ill-effects of drugs and we have to stop the menace. Far from being almost banned by censor board, it should, instead, have been made tax-free and compulsory viewing for all, especially the youth.

Also read: Why Punjab has a drug problem: Call the film Udta Sikh

The 1960s era is romanticised in America with the whole sex, drugs and rock n' roll culture. This is being repeated in a different way in the Punjabi pop industry. But here, the reality has been completely different. Many producers have gone on record saying it's a total waste of time and productivity. After their initial surge in popularity, pop stars being high during production has led to major financial disasters.

While drug consumption continued, most music recordings subsequently became clean affairs. The same is shown with Tommy Singh (Shahid Kapoor) - his music, lifestyle and his group. Drugs make Tommy’s career spectacular, but the film begins exactly at the point when his career starts going downhill because of drug abuse.

Far from glorifying Punjabi pop culture, the film reveals its dark side.

Also read: Let Udta Punjab fly. It has dared to look at the enemy within

There was a movie called Rock On (2008), but it should actually have been called "Pop On" for its music was Bollywood pop or Indie pop at best. Ranbir Kapoor’s Rockstar (2011) came close, but Udta Punjab's music is the real deal. It is refreshingly different, and has an "edge" to it, which is only apt to the drug theme of the film. Techno. Trip hop. Psychedelic trance. It is a mix of different genres.

Some Bollywood movies seem to stop for a meaningless song, and then pick up where the music ends. Others manage to weave the entire soundtrack into the progression of the movie. Udta Punjab falls into the latter category. But then Anurag Kashyap is no stranger to such a thing and did the same with DevD way back in 2009.

The average Indian is multilingual and comfortable with at least two-three languages. Many Indians speak Hing-lish mainly. This movie does the same. While it has been promoted as a bilingual film with extensive use of Hindi and Punjabi (English dialogues have already become part of Bollywood), since Alia Bhatt speaks only in Bhojpuri, it could, in effect, be called a trilingual film.

While Indian viewers who are not that familiar with Punjabi and Bhojpuri may struggle a bit, the script is quite realistic with the way people actually conduct their business in India. The punchlines are excellent in all the languages.

A controversy had erupted over Alia saying that she spoke "Bihari", and Neetu Chandra even wrote her a letter rubbishing her "poor Bihari" look. There may have been some valid points in those arguments. But once you start watching Udta Punjab, all that melts away in the background. Alia started her career playing a rich schoolgirl in Student of the Year (2012) and one would have thought that she would be stereotyped. Alia Bhatt plays a Bihari labourer in the film.

She broke the mould with Highway (2014), but she comes into her own in Udta Punjab. She plays a convincing Bihari labourer who becomes an abused drug addict, but still manages to maintain her plucky fighting spirit through it all. With this performance, Alia has proved that she can just about play anything. Who cares about the state of her general knowledge! (She tried unsuccessfully to claim that those downloading the film illegally would get a virus which would shut down their computer.)

Tommy. Gabru. Fuddu. Call him what you will, Bollywood gets its first genuine drug addict rock star. The role has so many shades of grey that you can just as well make another movie on him. Shahid looks convincing with his dreadlocks and bare chest. Six packs in Bollywood are for showing off, but Shahid’s torso gels with his filmi persona. 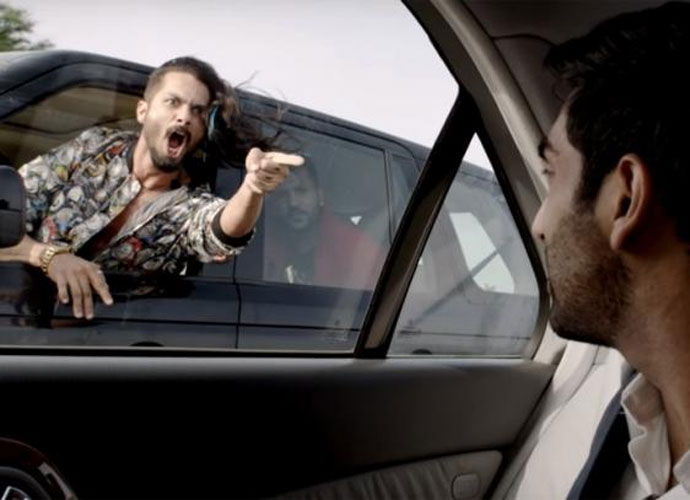 Punjabi star Diljit Dosanjh makes a decent debut. In the beginning, he plays a corrupt macho cop who thinks his fists can solve all problems. Then he becomes mellow after he discovers that his brother is a drug addict and he gets reprimanded by Kareena Kapoor, who plays a doctor. There’s also a scene where he gets high, and in the end, he’s a defeated but triumphant man. (Contradictions are integral parts of this movie.)

One hopes to see more of him in Bollywood. Diljit also sang the reprised version of the song Ikk Kudi, the video of which shows Alia’s "hockey life" mentioned but not shown in the movie. (Another innovative concept.)

This is 2016 and we have been fully exposed to almost everything on the internet. So why is the government trying to protect us? Swear words are used regularly by Indians all across the country. In fact, many are part of regular conversations, and don’t seem so halting any more.

There was a Hollywood code which prohibited films from using swear words. The word "damn" was cleared just a month before the release of Gone With the Wind in 1939, leading to the famous Clark Gable line: "Frankly, my dear, I don’t give a damn!"

More than 60 years after that, our censors still hold on to a similar code, and has a list of banned swear words. One hopes that Udta Punjab will shatter some sort of glass ceiling and Bollywood movies become more realistic from now on.

Post script: Udta Punjab is a watershed moment in Indian cinema in more ways than one. The Bombay High Court has shown great courage in releasing it with a single cut. Now there will be great pressure on Shyam Benegal and his revamped committee.

One report spoke about  releasing "Adult with Caution" certificate. That’s not what we want, as it may be a good idea to do away with the censor board altogether.

It’s high time we grew up as a country.

#Shahid Kapoor, #Censor Board, #Bollywood, #Udta Punjab
The views and opinions expressed in this article are those of the authors and do not necessarily reflect the official policy or position of DailyO.in or the India Today Group. The writers are solely responsible for any claims arising out of the contents of this article.