Kareena Kapoor- and Swara Bhaskar-starrer is a slap in the face for young girls trying to get an education - and real freedom.

When I was a young girl, growing up in mofussil Uttar Pradesh, sneaking off to see a film — any film — was a way of passing interminable, hot afternoons and a midsummer madness that drew us to airless cinema halls, with giant exhaust fans circulating sweaty odours. There was not a single silly film of the 1960s — from Jumping Jeetu’s "vhite" shoes to Rajendra Kumar’s kiss-curl-and-lipsticked face, to the simpering flirtations of Asha Parekh, Saira Banu, Sadhana — that we ever missed. Sixties success: The sweetness of Rajendra Kumar and Sadhna

In memory of a lost pleasure and girlhood, I decided to see the film that everyone is talking about on print and TV – Veere di Wedding.

So far, most of the wedding films I’ve seen (especially those starring Punjabi weddings) have been pure fun. Think of Monsoon Wedding, Band Baja Barat, Tanu Weds Manu and Queen – all films that have used the wedding motif to extract enormous emotional drama as well. In fact, I have long believed that the Bombay film industry has an uncanny sense to spot changing social and cultural trends. Long before our learned academics write papers for high-minded seminars on the sociological and political upheavals that are shaking our dusty small towns and villages, the Bombay film has shown us a world that is throbbing with life and waiting to be born. The Angry Young Man of Deewar and Coolie showed us what entitlement and hereditary wealth had done to widen the chasm between the rich and the poor. What made the young man angry? The rich-poor chasm. A telling still from Deewar.

The violence in The Gangs of Wasseypur made us confront a truth that had long been kept hidden – the exploitation of the country’s natural resources and the devil’s compact between the corrupt state and the "bahubalis" of Bihar. A Newton came just before Kairana and explained to even the simplest mind the complex games played by political parties intent on winning elections by fair means or foul. 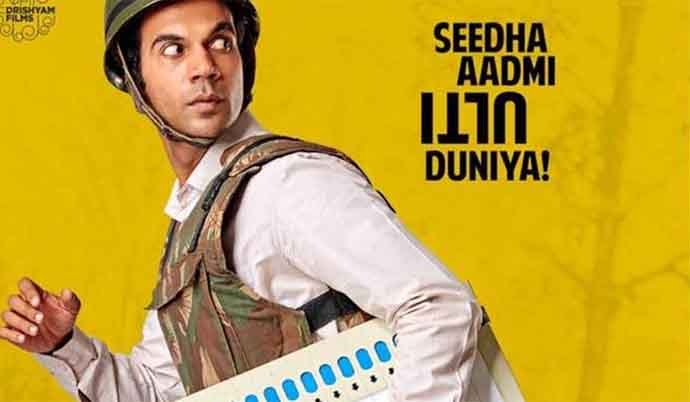 I could go on and on but I’ll stop here because what I have felt for the first time — and am terrified by — is the growing distortion of young minds graduating now from the University of WhatsApp and Twitter.

Seriously, are these the reasons for seeking financial independence? Is this the message that such a film signals to the young girls who are cycling miles to go to school, helping their mothers at home and baby-sitting their siblings, just so that they are allowed the luxury of an education?

Many bright girls have had to give up their dreams of a higher education because their parents are either unwilling or financially unable to fund their futures.

Is this glib lesson of any relevance to those simple girls and boys who yearn to buy their parents a pucca house, pay off the village mahajan, marry off or educate their siblings or build a dispensary for their community? 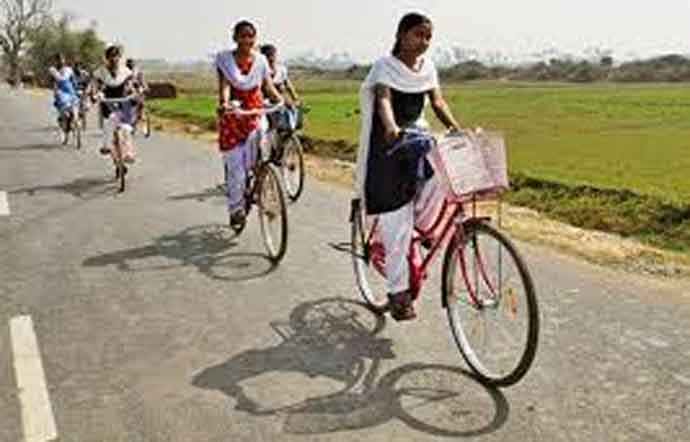 Pedaling to tomorrow: What's the message for young girls cycling miles to go to school?

In the absence of any real knowledge and a sensitivity of what women seek as independence, the scriptwriter of this film has merely shown us the ugliness that lies under the perfection of the designer clothes and hairstyles paraded before us. So, we have a spoiled brat who takes her besties off to Phuket (an example of the low humour thrown in as well) on a consolation trip after one of them goes through a messy engagement party. Instead of any soul-searching girl-talk, what we get is endless rounds of tequila shots and hangovers.

Even the Roman emperors behaved better, I’m sure.

There have been some great films on the theme of pre-wedding nerves or rejected brides. Queen comes readily to mind as a film that ends with a heroine acquiring an admirable poise and confidence that she has won after a hard battle with life. Masaan and English Vinglish are about breaking free of family bonds and emerging from the chrysalis in stunning colours of self-worth.

There have also been films on male bonding with pre-wedding nerves (Dil Chahta Hai and Zindagi Na Milegi Dobara) developing into individual journeys of self-discovery that are fascinating and endearing by turns. Veere… on the other hand is so dead that even a perky Kareena Kapoor or a feisty Swara Bhaskar are unable to bring it any zing.

Ekta Kapoor has spawned a stream of hysterical "family" dramas on television and snuffed out forever the reality of our early serials, such as Hum Log and Buniyad. She is like a jhooming cultivator who cuts and burns a forest teeming with life, just to grow one crop of rice and then moves on to the next patch, leaving scorched earth that will take decades to rejuvenate. Her partner in crime, Karan Johar, similarly snuffed out the middle cinema of the 70s and 80s — those delightful films that had the light touch of a Sai Paranjape, a Basu Bhattacharya or a Hrishikesh Mukherjee, lilting music, fabulous comic scenes and scripts that sat in your brains forever.

Ekta Kapoor and Karan Johar. The filmmakers are often accused of destroying creativity with plastic depictions of 'reality'.

Just as a mutant gene destroys a healthy body, I fear this trend of entertainment, without any responsible writing to back it, will ultimately make us into one of those sick societies that think they have paid their debt to social upheavals by holding candlelight vigils and circulating me-too petitions. "Breaking free" is now breaking bad and will leave a malodorous stink behind. Take away the Porsches and the razzle-dazzle — and there is an alarming void inside this world.

Also read: No, I will not cheer for Veere Di Wedding. It's regressive

Ira Pande is a freelance editor and translator.