There is no reason why a beginning cannot be made with the Indian Railways.

Like its predecessors, the 7th Pay Commission too has waxed eloquent about performance-related pay (PRP) but without suggesting concrete and satisfactory appraisal tools.

To be sure, PRP is any day difficult to design and implement, especially for not-for-profit and non-revenue producing service organisations which most of the government ministries are.

However, it is the job of any commission or expert body for that matter to go beyond generalities (lest they become banalities) and come up with concrete and implementable measures.

In a factory, usually payment per unit is considered to be a strong motivator to produce more, either individually or as a group though in a group there is the danger of laggards benefitting at the expense of hard workers.

But at the supervisory and managerial levels, the work is mostly qualitative, which defies precise and satisfactory measurement so as to be amenable to PRP. This however has not deterred the tribe of HR managers.

A company typically rewards excellence with commission based on turnover or profits, though there is a carping criticism that profit can be increased through expedients - by sacrificing quality, fleecing customers, scrimping on discretionary spends like ads and R&D - that are inimical to long-term survival and growth.

ESOP or employees stock options address this concern because managers and directors eschew the tempting option of short-term expedients in the dawning realisation that they bear down on long-term growth.

There is no reason why a beginning cannot be made with the Indian Railways, the largest employer, by corporatising all its divisions and rewarding employees through PRP such as profitability, turnover, ESOP, etc.

Tax departments and its officials too can be appraised on the strength of tax collections, though target-setting at the pain of repressive measures must be eschewed. The system of rewards based as percentage of tax collected from crooks, practised widely when the late VP Singh was finance minister, is worthy of emulation despite the fear of harassment because India has an independent judiciary to check high-handedness. 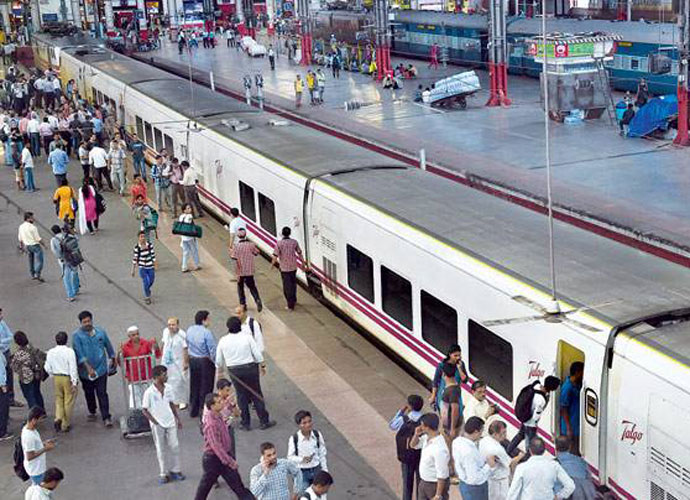 The Indian Railways is the largest employer. Photo: India Today

But all such departments can be judged by the quality of services they render to the public as evidenced by feedback from them. RTI queries are often probing and result in court proceedings. A department and an officer can be judged on the basis of public perception of his performance and response to queries.

That is why RTI should never be rolled back, though there is a view that it often works at cross purposes with the official secrets law despite the exceptions provided to cocoon government and its employees from public scrutiny, mainly on security grounds.

It would therefore not be wrong to pine for the American-style presidential system where government departments are administered by secretaries handpicked by the president and who generally are not politicians.

It is the US president who is answerable to the Congress and not the secretaries at the helm of each ministry, but they obviously can continue only if they retain the president’s confidence. Such a dispensation lends itself to appraisal of the entire ministry including the minister at the helm.

In the Westminster-style parliamentary system India has adopted on the other hand, political interference is ingrained and cannot be wished away unless the Prime Minister leads by example and reads the riot act to his ministers.

Despite the seemingly insurmountable difficulties, successive pay commissions have been guilty of skirting the issue and holding out just homilies, whereas their job was to get down to brass-tacks.

#Indian Railways, #7th Pay Commission
The views and opinions expressed in this article are those of the authors and do not necessarily reflect the official policy or position of DailyO.in or the India Today Group. The writers are solely responsible for any claims arising out of the contents of this article.