Arundhati Bhattacharya had expressed deep reservations about government writing off farmers’ debt, but she wants a bailout package for the telecom sector.

Statements from public figures, particularly top bureaucrats and public officerbearers in this country, don’t age well. That’s precisely why we need to revisit what the State Bank of India chairperson, Arundhati Bhattacharya, the bank’s first woman boss in its 212-year history, had said about the BJP’s promise of handing out loan waivers to farmers of Uttar Pradesh in the wake of Assembly elections in the state in March this year.

Bhattacharya had expressly warned about floundering the “credit discipline” of banks by writing off thousands of crores of farmers’ debt, because that pushes the farmer and the bank into a vicious cycle of faltering credit record, and results in choking the conveyor belt of credit and debit among lenders and borrowers. This, while having a firm basis in banking rules and regulations, was nevertheless given a pass by the state chief minister Yogi Adityanath, as Uttar Pradesh announced a loan waiver of Rs 36,359 crore within days of the new CM taking office.

Clearly, with the farmers' agitation having peaked in Mandsaur, Madhya Pradesh, and with the Maharashtra government under CM Devendra Fadnavis giving a loan waiver of Rs 35,000 crore, it's evident that the ruling BJP in these states and at the Centre does not give much credence to the SBI chief’s dire warnings on upsetting the credit cycle.

But Bhattacharya’s proclamations go a long way in ensuring that “populist politics”, while acting as a stop-gap solution for tackling the immediate crises – the farmers’ agitation gaining unprecedented momentum and coming after tens of thousands committing suicide in the three years since Narendra Modi came to power – nevertheless become reason why in non-BJP-ruled states, such as Tamil Nadu, Karnataka, etc, the crisis is allowed to fester, citing economic and fiscal logic.

It must be noted that a number of in-depth, investigative reports have by now excavated the extent of withering and havoc caused by the demonetisation diktat of November 8, 2016, on the agricultural sector, particularly on the poor farmers of India. On demonetisation, however, the SBI chief had not only “assured” that “normalcy would return” soon, she had also defended the decision on various debate fora on TV channels and otherwise, crediting the PM with coming up with a strategy to deal with corruption and black money.

It has been reported with painful detail how despite ensuring a good crop produce in 2016-17, thanks to a good monsoon, and by replacing cash (because of demonetisation-induced crunch) with deferred payments, farmers were left twiddling their thumbs. In an article in today’s Indian Express, Harish Damodaran writes how the prices of staple crops such as potatoes, tomatoes, rabi onions, soyabean, pulses like tur dal, etc., were excruciatingly low compared to the last two years, because no one had cash to buy them from vendors.

Ironically, the SBI chief herself had said that demonetisation would bring prices down, thus tackling inflation, but what she didn’t say was that this would be at the expense of poor farmers making humungous losses, that would further entrap him/her in the vicious debt cycle. As Damodaran writes, “we’ve entered deflation territory in farm produce, whose proximate trigger clearly has been demonetisation”.

Similarly, other reports have documented how farmers have been driven to despair post demonetisation, and despite a plentiful harvest, have seen their crops rot, get sold at one-quarter the cost of production, and finally get dumped on the streets as a symbol of a desperate call for help and protest.

In Mandsaur, where eight farmers were killed in police firing during the agitations, and where CM Shivraj Singh Chouhan sat on a bizarre “peace fast”, as if he’s in the opposition, demonetisation disrupted every aspect of the rural economy – land markets, credit networks, procurements, crop prices.

It’s therefore doubly ironic that the SBI chief suddenly remembers her economics lessons when it comes to waiving off debts of the poorest of Indian farmers, for whom it’s clearly a matter of life and death. 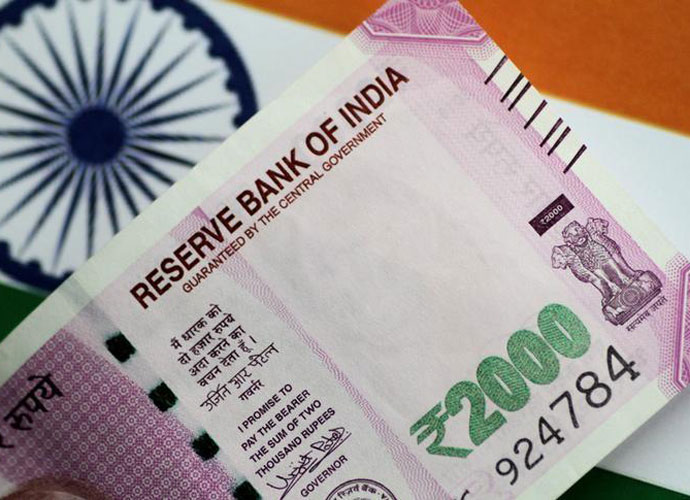 Reports have documented how farmers have been driven to despair post demonetisation. Photo: Reuters

Those who staged a month-long protest at Jantar Mantar in the heart of the national capital, hailing from Tamil Nadu and rolling stark naked on the asphalt streets to draw attention to their plight, nevertheless couldn’t manage to elicit a response from the Prime Minister. As has been noted by economists and others watching the agitation, farmers in India are protesting over much more than mere loan waivers, because banks anyway are accessed by the wealthier among the agricultural workers, and the loan waivers do not really help out the poorest of farmers who borrow from middlemen, moneylenders at a huge interest.

But what’s truly galling is the SBI chief’s lack of compunction while calling for a massive loan waiver for the credit-heavy telecom sector, in the garb of raising an alarm. According to The Times of India, Bhattacharya has written to the government over the “highly unsustainable levels” of debt carried by the mobile players, at about Rs 4 lakh crore, especially disrupted after the launch of Mukesh Ambani’s Reliance Jio.

The ToI story has also said that Bhattacharya is “now seeking duty waivers and deferred spectrum payments to save the day for the bleeding telecom companies”. The SBI chief has said, according to the report, that there’s a need for an “immediate intervention to stem the slide” and that the government should offer a bailout deal to the players.

The SBI chief has also said the GST rate for telecom companies should be brought down to 5 per cent from the about-to-be-implemented 18 per cent in the new GST rules and regulations, “given the criticality of the sector to the Indian economy and cellular service becoming a necessity today”.

Of course, interesting to note that Bhattacharya, after the demonetisation drive metamorphosed into a push for a cashless economy, had at first batted for digital transactions soon becoming the order of the day. However, not much later, she admitted that India couldn’t become an entirely cashless economy in the near future. She had even brushed aside former PM Manmohan Singh’s deep grievances on the impact of demonetisation, saying it wouldn’t affect growth, of course only to be proven completely wrong on the matter.

Contradiction is a potent tool with Bhattacharya, always making a comment too slippery to adequately hold her responsible for her lack of complete honesty about the exercise and impact of demonetisation on the economy and its ailing sectors. Those who staged a month-long protest at Jantar Mantar, hailing from Tamil Nadu and rolling stark naked to draw attention to their plight, nevertheless couldn’t manage to elicit a response from the Prime Minister. Photo: India Today

That she bats for a bailout package and a deferred payment liability (DPL) spread over periods of 10-15 years after a significant moratorium, for spectrum purchases and telecom companies, who have been, in fact, one of the biggest beneficiaries of the demonetisation diktat, is obviously telling. Of course, we can argue that she's asking for a partial waiver and delayed payment, and not complete waiver, but the fact that she puts her fiscal logic on the backburner given the terrible credit history of these corporate behemoths, many of whom have loans running into lakhs of crores, tells a different story.

About three years ago, Bhattacharya-led SBI was embroiled in a controversial loan extension case with the Adani Group, owned by Gautam Adani, a corporate mogul perceived to be extremely close to PM Narendra Modi himself. This particular case is certainly well known in policy and political circles, and pertains to a disputed coal mine in Australia, in Carmichael, which has run into huge troubles with the Australian government and its people over the environmental degradation it would bring on its heels.

The now-on-now-off one-billion-USD loan, which was in talks since 2014 but dismissed often as pure speculation, has nevertheless been kept under wraps. While it was touted as one of the biggest till-date loans that could have been extended to an overseas project, even as the campaign “Stop Adani” gained worldwide attention, an October 2016 profile of Bhattacharya said she junked the MoU signed with Gujarat’s Adani Group when she found out it wasn’t viable.

This is the very reason why private global banks, some much bigger than SBI such as the Citi group, Morgan Stanley, JP Morgan Chase, Goldman Sachs, Barclays, HSBC, etc, have steered clear of extending a line of credit to Adani’s notorious Carmichael project. But there are no definitive reports setting the record straight on this issue. Is that a strategy of playing safe while doing what’s right, or is it about dodging the thorny question?

What Bhattacharya’s selective admonition of bailout packages for different sectors indicates is the fact that it’s not her economic or fiscal competence which is at stake here – she’s certainly highly capable of doing what she outs to do – but her ethical and moral inconsistency as well as dishonesty while dealing with the issues. Because SBI is the biggest public sector bank, the post of its head comes with added responsibility of being answerable to not just the government of the day, but also to the people, to the country.

Bhattacharya’s flip-flops are a huge verdict on India’s serving bureaucrats who prefer being in the good books of the government and keeping on, over taking a firm moral stand and accepting the possible state wrath as the inevitable price to pay in the service of the country.

Also read: How the Public Sector Banks are in clear and present danger

#Loan waiver, #SBI, #Arundhati Bhattacharya
The views and opinions expressed in this article are those of the authors and do not necessarily reflect the official policy or position of DailyO.in or the India Today Group. The writers are solely responsible for any claims arising out of the contents of this article.