A bevy of celebrities have dipped their toes in a variety of businesses that have nothing to do with showbiz, from interior designing to online gaming.

We often get advice like 'Be the best in whatever you do' and 'Do one thing well' and so on. But when you have spent a lot of time doing the same job and want a change, what would you do? Would you still stick to what you know or would you move to something different which is completely out of your comfort zone?

This is a fact that is relevant to celebs too. A lot of Bollywood and Hollywood celebs after achieving fame, have dipped their toes into different businesses.

Though you might recognise Venus Williams, many may not know that Venus was studying for a degree in design from the Art Academy of Fort Lauderdale, Florida, USA, while she was simultaneously maintaining her World Top 10 ranking in tennis.

Venus also opened 'V Starr Interiors' while she worked on her degree and officially launched the firm in 2002. V Starr Interiors is an interior designing firm that specialises in designing commercial and large-scale residential projects. This includes designing residential spaces. She also designed her sister, tennis star Serena's home.

Akon became a global heart-throb because of his iconic songs like Smack That and Lonely. But people were amused when they learnt of his expensive business investment. 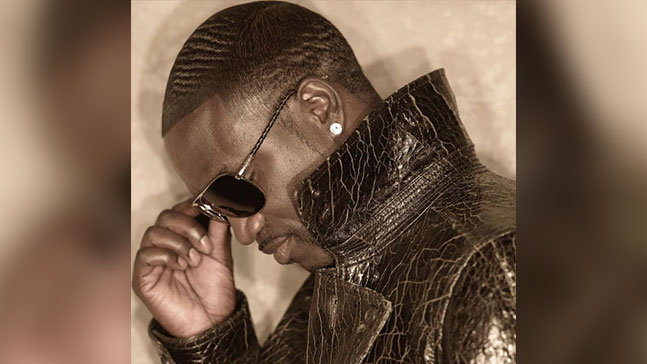 In an interview with The Independent in 2006, Akon announced that he had invested in a diamond mine in South Africa. Though the reason behind his diamond business investment is not known, he was passionate about making a difference by giving back a part of the profits to Africa. But in 2020, in an interview with Vlad TV, he said that he had sold his stake in the diamond business since the industry treated its workers terribly.

In January 2021, news broke that Akon had decided to invest in cobalt and copper mines in the Democratic Republic of Congo as demand for cobalt is increasing due to its usage in electric cars and mobile phones.

Suniel Shetty's Instagram bio reads: 'Sportsman at Heart, Actor by Art, Humanitarian by Virtue, Businessman by Default'. Though the world has always known him for his acting skills in hit films like Phir Hera Pheri and Border, Shetty has always been an ardent business investor.

Shetty has diversified his interests by investing in industries like film castings, fitness, grooming, and real estate.

He owns a fitness app called FITTR, an estate management company called 'Sai Estate Management' and he also launched a startup called 'Beardo' that provides men's grooming products. His latest known investment was in 2020 when he invested in a Kochi-based health tech startup Vieroots Wellness Solutions, which provides a wellness app and natural nutritional supplements.

Kajal Aggarwal, the actor best known for her role in Singham and many other movies, invested in a Mumbai-based gaming startup in November 2020. Kajal invested in 'Okie Gaming' and purchased 15% equity in the company. Being a passionate gamer herself, Kajal wanted to open more possibilities for quirky games and open new avenues for women gamers in India.

In December 2020, after she got married to Gautam Kitchlu, Kajal and her husband launched their first project together- a home decor label named 'Kitched' to make luxury home decor accessible to everyone. For the unversed, Gautam is into interior designing and they decided to work together on a brand when they were creating their home together. Photo: A picture of Deepika enjoying flavoured yogurt on Instagram

In 2015, she started a mental health foundation called 'Live, Love, Laugh'. In 2019, she invested in an FMCG brand Epigamia, a company that makes flavoured greek yogurt.

1. FrontRow, a hobby based ed-tech startup which basically is a platform that offers classes by celebrities in creative arts and sports.

2. BluSmart, an electric taxi startup that operates in Delhi NCR.

3. Bellatrix Aerospace, an Indian space tech startup that is working with ISRO to create cost-effective and eco-friendly space technology.

Startup India, DPIIT recognizes Bellatrix Aerospace as the Co-Winner for ‘Space’ in the category ‘Satellite Technology’. They are developing fully reusable micro launch vehicles to bring down the cost of access to space. #NationalStartupAwards2020 pic.twitter.com/v3pJhsIcHG

Remember Michael Scott from The Office?

Well, he has his own general store called Marshfield Hills General Store. Now this is not like your normal kirana store that you find by the road. This is a huge store where you can find your normal grocery stuff, get your hands on some memorabilia from The Office and probably bump into Michael Scott himself.

Snoop Dogg, the popular American rapper and songwriter who was famous for gangsta rap in the 90s and who was the epitome of West Coast hip-hop culture, made news when he opened his own line of pot. Being a longtime weed advocate, he created 'Leafs by Snoop' to provide medical and recreational marijuana products. The line includes edibles ('Dogg Treats'), hand-weighed flower, and concentrates, as well as oil-infused fair-trade chocolate bars.