Modi's solution to black money, demonetisation, as bad as the problem

All of a sudden, banks have turned into large scale money laundries.

Has cash crunch created the mother of all shortages and devils of discretion?

While the tangible results of note ban-driven tax raids are yet to emerge, India’s economic governance has already been plagued with the bizarre anti-climax of demonetisation. All of a sudden, banks have turned into large scale money laundries.

Illicit money changers mushroomed everywhere. On top of it, the government unleashed a nationwide crackdown by not-so-clean tax hounds.

This happened only because the haphazard monetary reset unintentionally empowered the two most fundamental factors of corruption in India: shortages and discretions. These are the two primary reasons behind the massive corruption in India and demonetisation came handy to fuel the same.

This is the "explanation" I have given my bank for making a small deposit today. Pl retweet if you agree pic.twitter.com/v1JyhpADZ3

Cash currency was the only instrument used to transact more than 90 per cent of financial exchanges in India before demonetisation. The demonetisation drive wiped off more than 86 per cent currency from circulation and thus incarnated the proverbial grandmother of all shortages the nation had ever seen.

The monetary shock has vested huge power into concerned authorities (bank and tax officials) making them devils of discretion.

Going by the recent surveys on transparency and corruption, it is not difficult to decipher that major part of corruption in India comes from the shortages of goods and services. Most bribes are exchanged in sectors and services like railways, education, electricity, and government jobs, which are perennially short of supplies.

More than 70 per cent of the bribes are given to beat the shortage and avoid delays. Telephone, LPG, automobile and cement are the sectors where bribes and corruption have just vanished with the increase of supplies. 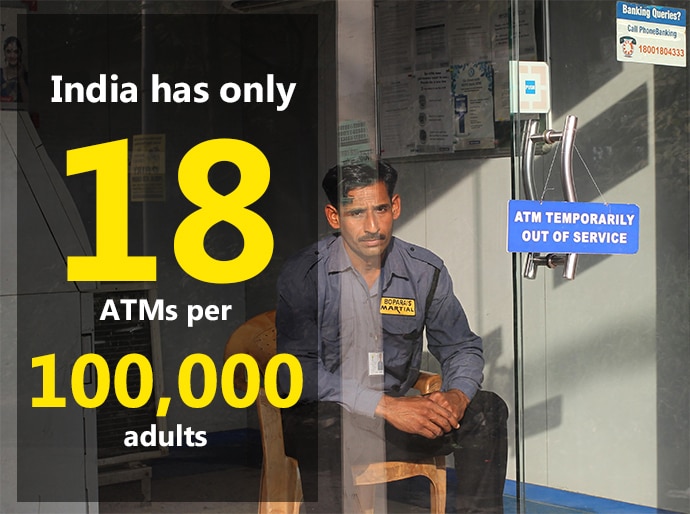 In a nation where people use cash to beat all other shortages, the scarcity of cash has forced everyone to go after it and thus unleashed umpteen opportunities to engage in corruption.

It was probably the first instance in modern history when India witnessed several illegal rates for currency exchange, as observed in Zimbabwe and Venezuela in recent times.

In economies with high cash-to-GDP ratios such as India, cash crunch is a critical crisis for both the supply and demand sides of the market. Cash chaos has triggered a contraction in demand and resulted in short term deflation, which will be followed by production cuts and a high inflation, eventually.

In India, ranging from distribution of general amenities to the justice, leaders and officials relish unprecedented discretionary powers. Scarcity always buttresses their authority, as we have witnessed in the case of demonetisation.

Banks have emerged as India’s super-powerful bureaucracy by virtue of being the only institutions capable of offering relief amid an overwhelming cash crunch. Bank officers have exercised discretion to the fullest and produced mint fresh black money right in the middle of the drive against the parallel economy.

Despite several corruption cases linked with the banks, it was surprising why Reserve Bank of India (RBI) authorised them with the exceptional discretionary power to question depositors via its new circular. After the wide outrage, the RBI has partially amended this order, but the power to question non-KYC account holders is still vested with the bank officers.

Dirty banking is just the beginning of the corruption driven by discretion. Tax vigilantes are out to chase black money that entered in the banking system. A meagre 15,000 officers from Income Tax department are likely to be tasked to scrutinise as many as 144 crore bank accounts to trace and book the black money.

It is obvious that the humanly impossible mission of banks accounts' mega scrutiny can’t be done without the use of discretion.  It is worth mentioning that the search (raids)-to-prosecution ratio in the Income Tax department is not as impressive as headlines they often grab after the crackdown.

As the note ban approaches the finale, government is more or less convinced with the fact that black money has made its way into the banking system. The demonetisation has finally boiled down to a humongous vigilance task to be done by the banks, tax and intelligence authorities - the most tainted trio of Indian governance setup.

The government is left with no option but to ensure an increasing supply of cash to quell the retail corruption while keeping a check on the discretionary power of tax and banks bureaucracy to avoid further damage to its credibility.

As far as an anti-corruption narrative of demonetisation is concerned, the government has proved Milton Freedman right. "The government’s solution to a problem is usually as bad as the problem."

Post your comment
#Black Money, #RBI, #Demonetisation
The views and opinions expressed in this article are those of the authors and do not necessarily reflect the official policy or position of DailyO.in or the India Today Group. The writers are solely responsible for any claims arising out of the contents of this article.