User adoption to digital payments must be achieved through better service and experience delivery, and not through ads and lucky draws.

The earliest origins of money can be traced as far back as 9,000 BC, where grains were generally used as a form of money for exchange of goods. Later came gold coins, then copper and other non-precious metals, and now we have paper money. One notable change that can be seen is the fact that the tangibility of money is slowly decreasing over the years.

However, the events of November 8 have hurtled India too fast into this vortex of money’s growing intangibility. The controversial move led to an immediate windfall of about 86 per cent of the country’s paper currency, which will take another five to six months to replenish.

In a country where 98 per cent of the transactions occur in cash, such a long waiting period may have crippling consequences for the economy as well as the populace.

Thus, came the Modi government’s move to push for digital transactions and a leap towards building a cashless society. But beyond all the propaganda and politics, no one is looking at the bigger picture.

India’s digital infrastructure is comprehensively inadequate to tackle the growing increase in digital transactions. The average page load time on a mobile connection in India is more than six seconds. According Ravi Shankar Prasad, digital transactions have increased to the tune of 400 per cent-1,000 per cent since November 8.

But, do we have the infrastructure and capacity to handle such online traffic?

According to the latest Akamai report, India is at the 105th position in the world in average internet speed. This rank is still the lowest in the entire Asia-Pacific region. Mobile connectivity is yet to reach more than 50,000 villages, and fibre networks, which offer broadband connections, have only reached 56,000 of the 2.5 lakh gram panchayats targeted by the IT department.

A direct consequence of the slower than average internet speed is on transaction failure rates. India is home to some of the highest online transaction rate failures and the numbers have only risen ever since the demonetisation drive began.

The increased load on online transactions, chiefly through digital wallets has led to more and more transaction failures.

Paytm, the leading mobile wallet in the country has been facing regular outages and issues wherein people are not able to access their wallet balance or not able to successfully complete transactions. The company has been blaming it on server outages and bank downtimes or other technical issues.

The key issue here is that the government and the M-commerce companies are working on a retrospective model where capacity is increased after factor demand increase and not in foresight. 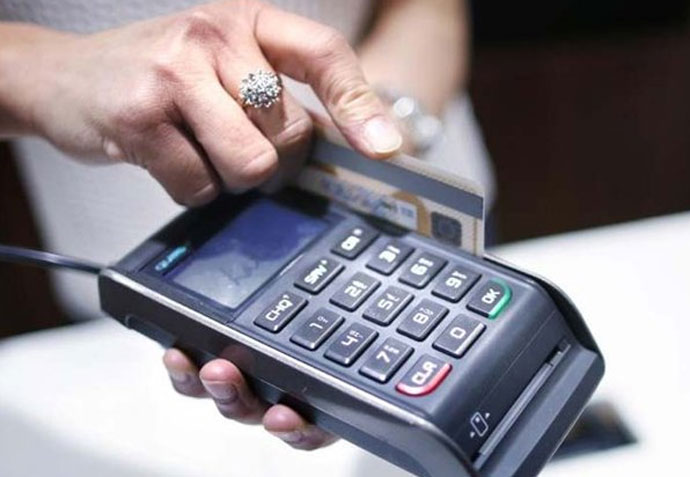 The bigger challenge at hand is not how to get Indians onboard for building a cashless society, but how to increase the infrastructure capacity at the same level as the increase in digital transactions. If the failure rates do not go down, the users will eventually get frustrated and may get averse to digital transactions. Thus, user adoption must be achieved through better service and experience delivery and not through advertisements and lucky draws.

A shining example of a cashless society is Sweden, where 98 per cent of the transactions are digital. However, its move towards this change started as long back as the 1960s, when employers and workers agreed to the transfer of payments digitally. But the biggest facilitator of their success is their online infrastructure. The country ranks second in the same report where India stands 105th.

Another facet of infrastructure critically lacking with India is adequate data protection and privacy laws. In October this year, 3.2 million debit cards belonging to India’s premier banks were hacked and unauthorised usage was reported from several locations in China.

The demonetisation drive is supposed to deter enemies from sabotaging the country’s economy, but the danger may have just increased manifold as in its current state financial data of millions of Indians face potential risk from hacking or theft. With no stipulated law and regulatory authority to cater to these issues, there is very little that India is doing to protect its citizens from cybercrime.

The one thing which is constant throughout the demonetisation scheme, is the sheer lack of preparedness on part of the government. A simple feasibility study could have exposed the sheer dearth of infrastructure readiness in India to support a cashless economy.

This unpreparedness will be further exposed in the coming months, when more and more people come onboard the digital payments wave. The only way forward for the government is to accelerate the digital infrastructure building process and come up with appropriate data security laws and regulators.

#Demonetisation, #Digital India , #Cashless Economy
The views and opinions expressed in this article are those of the authors and do not necessarily reflect the official policy or position of DailyO.in or the India Today Group. The writers are solely responsible for any claims arising out of the contents of this article.

Siddharth Sharma is an MBA student at FORE School of Management, New Delhi