What mythology says about achieving success in business

[Book extract] Work has to be approached as yagna where we satisfy other’s hunger in order to satisfy ours.

Modern management is all about chasing a target, the Promised Land of Abrahamic mythology, the Elysium of Greek mythology.

Hindu mythology, however, warns against chasing Lakshmi, the goddess of wealth; it will result in conflict. Instead they advise making oneself attractive to Lakshmi, worthy of her affection and auspiciousness, so she walks our way. 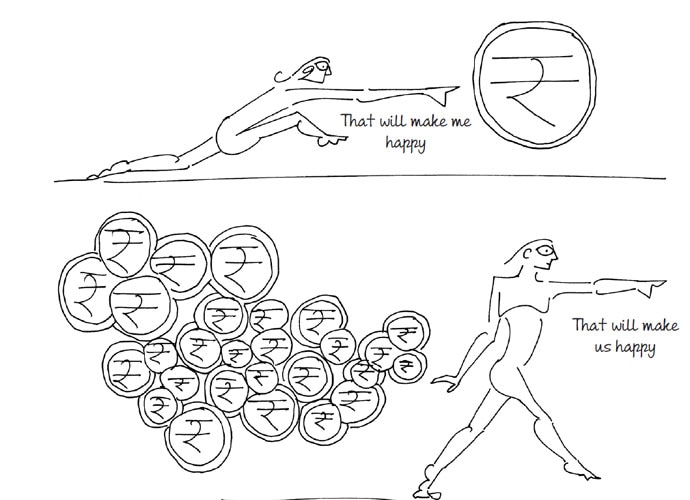 Hindu mythology, warns against chasing Lakshmi, the goddess of wealth.

For that we have to be less like Indra, king of the gods, who is consumed by his own hunger, and more like Vishnu, preserver of the world, who is consumed by other people’s hunger. Vishnu knows that human hunger is threefold: for wealth, power and knowledge.

As we have seen, at the heart of the Indian approach to management is the ritual of yagna, the oldest of Hindu rituals mentioned in the very first hymn of the Rig Veda. It is commonly mistranslated as sacrifice, or worship, but in fact means exchange, the cornerstone of any economy.

When we do not exchange, we are the shramana, or the hermit, who has outgrown his hunger, and so does not seek to be fed, nor feeds. Vishnu is the bhagavan, he who gives despite having outgrown his hunger. He receives only to make the devata feel significant. 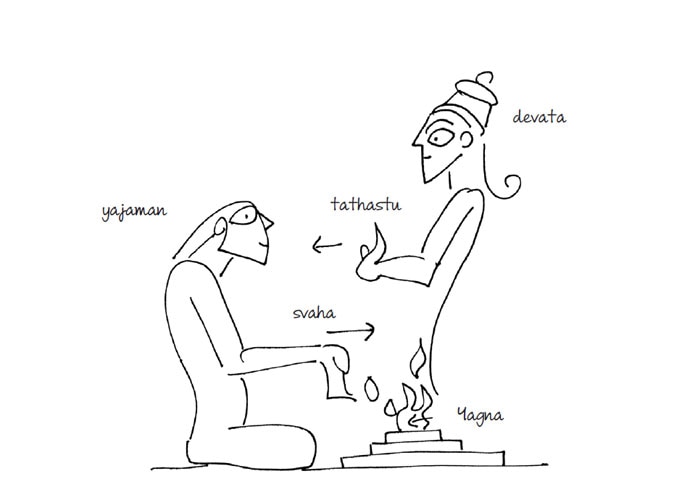 At the heart of the Indian approach to management is the ritual of yagna.

The yajaman is a social being: the entrepreneur, the professional, the businessman, the promoter, the manufacturer, the service-provider who satisfies the hunger of a stakeholder, be it customer, employee, vendor, partner, boss or investor, in order to get what he wants. He is always conscious of human hunger, which if not catered to can plunge the world into violence, as we see all around us today.

Modern management has been today reduced to looking at business as a set of targets, or as a set of tasks. But business is essentially about a set of people who satisfy the hunger of the shareholder at one end and consumers at the other. Every stakeholder in business, employees and entrepreneur included, are essentially animals who can imagine. 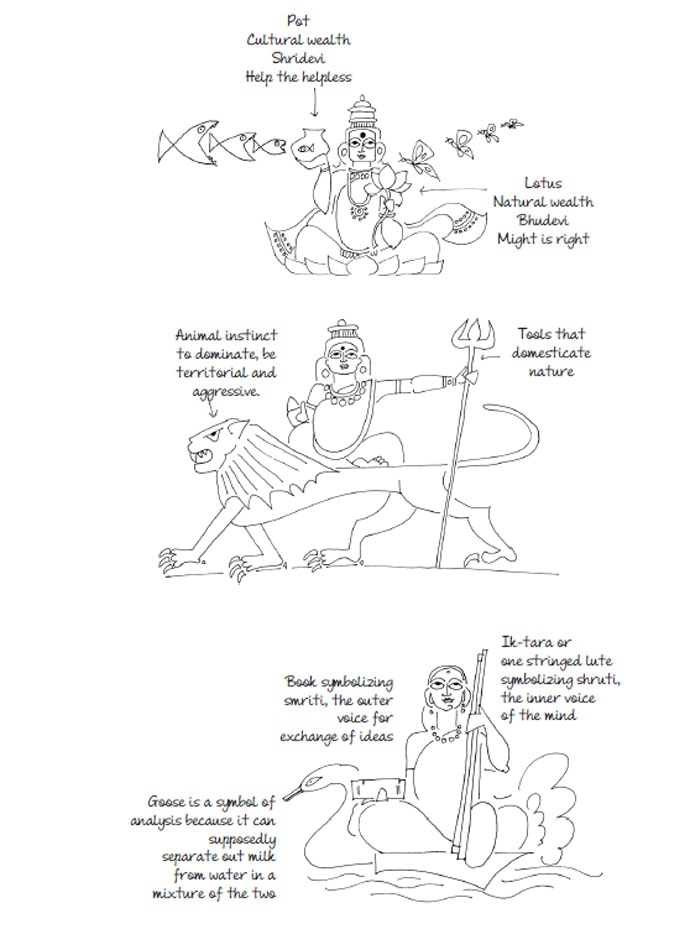 Businesses have to be approached as yagnas where we satisfy the other’s hunger in order to satisfy ours.

This is further fuelled by the imagination, hence creating the insatiable yearning for wealth and power in humans. Further, humans wonder who they are, why they exist, and whether their lives have meaning. This fear of invalidation consumes us. Hence, every yajaman needs to have an intimate knowledge of Lakshmi, Durga and Saraswati, the goddesses of wealth, power and knowledge, the hunger for whom exists in different proportions in different stakeholders.

Together the three goddesses (LDS, or LSD, in short) constitute the three arms of human happiness. To make the world a happy place should be the ultimate aim of every yagna, hence every business.

For this businesses have to be approached as yagnas where we satisfy the other’s hunger in order to satisfy ours. That is dharma.

#Hinduism, #Entrepreneurship, #Mythology
The views and opinions expressed in this article are those of the authors and do not necessarily reflect the official policy or position of DailyO.in or the India Today Group. The writers are solely responsible for any claims arising out of the contents of this article.